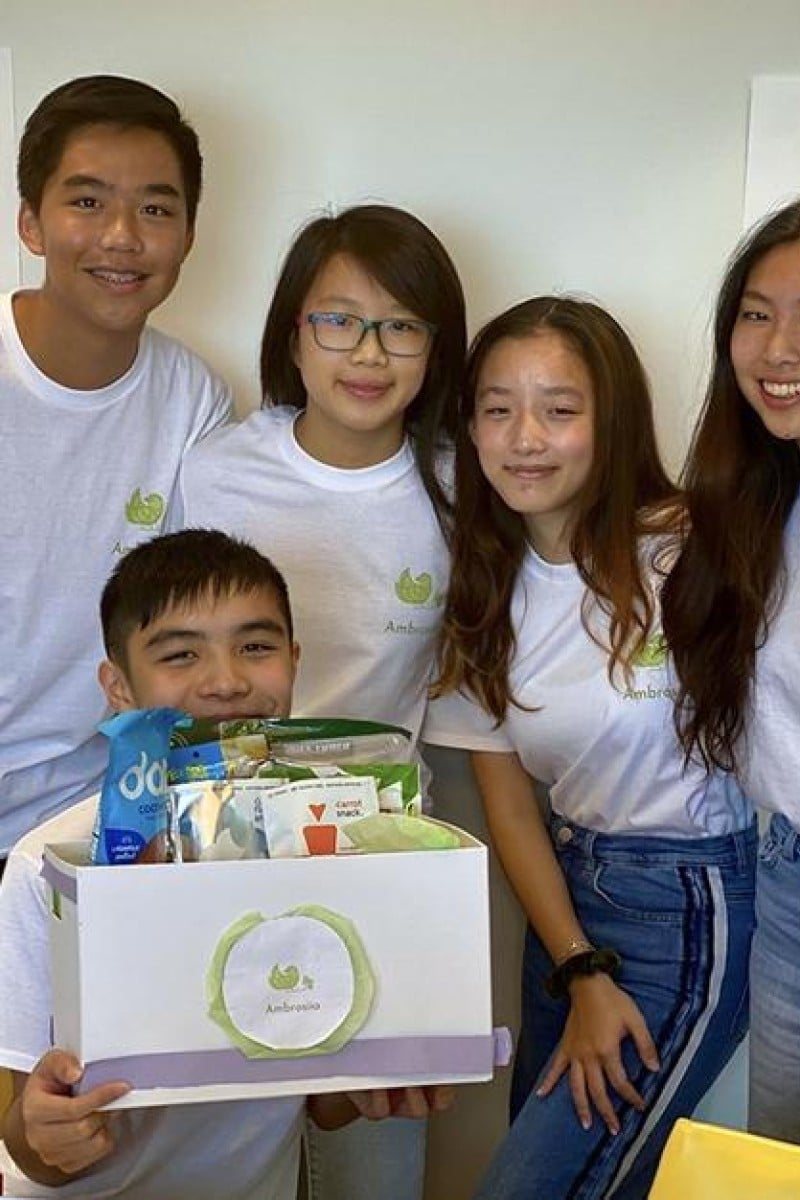 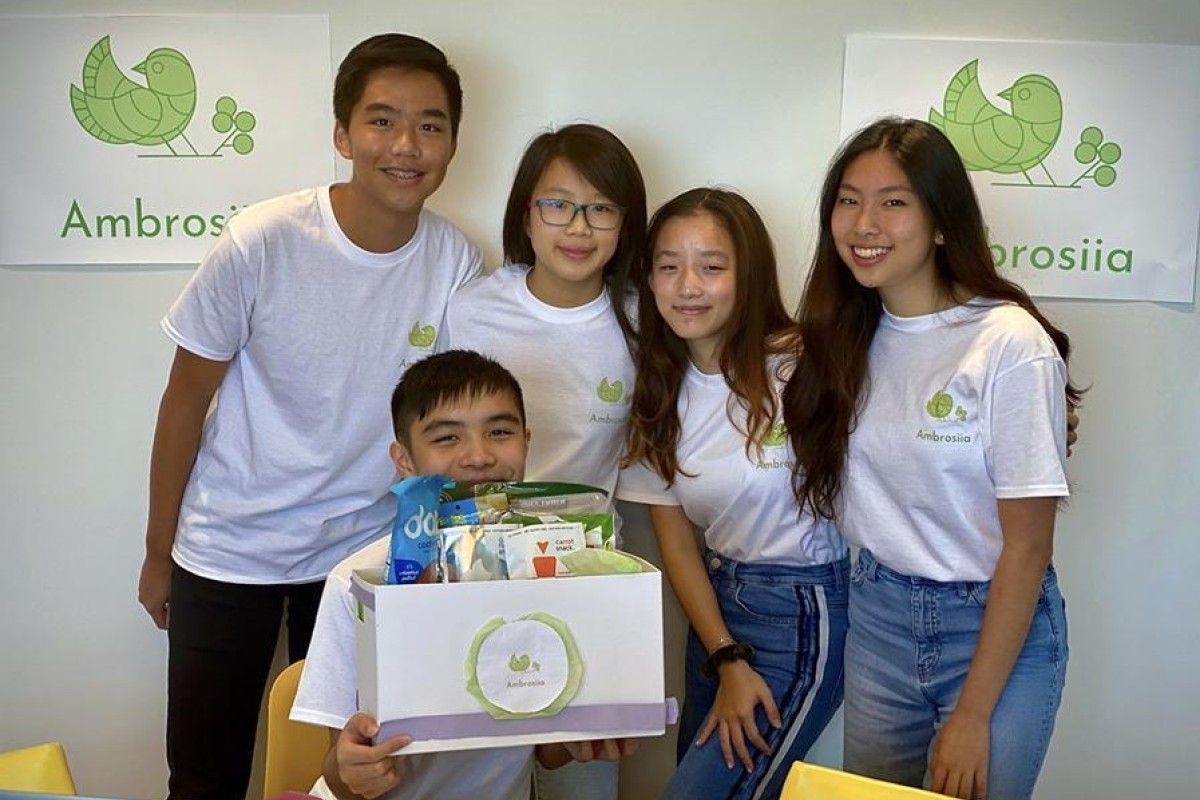 Ambrosiia, which means 'the food of the gods', helps people get access to healthy snacks. Photo: Team Ambrosiia

Academic success means the world to most students. But for one group of teenagers, what really matters is stepping out of the classroom and solving real-life problems.

A team of students from Chinese International School beat 200 teams from Hong Kong, China and Taiwan to claim victory in an entrepreneurship challenge – with a box of snacks.

The students called their project “Ambrosiia”, which means “the food of the gods” in Greek mythology.

The concept is simple: people subscribe to the platform via an app, and receive a box of healthy snacks every week, or month, or whatever other interval they select.

Student-founded Class of 2021 provides support for those entering university

The idea sprang from the team’s desperate search for tasty, healthy snacks while they were studying on the mainland last year. While healthy snacks might be found almost everywhere in Hong Kong, across the border it can be like finding birds’ teeth.

Held on August 23, the Asia Edition of the 2020 Columbia Business School Model Entrepreneurship Competition was moved online, as most competitions have been this year.

Ambrosiia’s CEO Alicia Tang admitted that it was a challenge to maintain a cohesive team because of the strict social distancing rules. “Finishing the whole pitch and seeing the team together presenting it, the togetherness was quite a big aspect,” she says.

One of the toughest tasks for Ambrosiia was adhering to social distancing requirements while working on the project. They said that being together to make the final pitch was a special moment for them. Photo: Ambrosiia

Ambrosiia’s customers would fill in a form when they first join, to indicate their snacking preferences. There was also an option to hook up their personal fitness devices to give Ambrosiia a better idea of what they need. The app then selects the best snacks for them, based on their specific needs.

“Convenience was definitely one of the main factors when we were designing the app,” says Evelyn Wang, Ambrosiia’s chief marketing officer. “We made sure it is easy to use, access and connect, and that everything is a seamless process, so at the end of the day, customers need only click a couple of buttons and then they’ll have a box of snacks that is tailored for them.”

While figuring out the algorithm for the app, the team discovered their own secret formula.

“Throughout the competition, our chemistry definitely grew,” says Alicia. “As you can see, we keep adding on to each other’s words and know what each other is going to [say]. During the competition it also showed, when judges asked a question, I’d know Conrad was going to answer first, or [teammate] Justin [Chan] would answer first.” And it’s this team spirit that led to their success.

“One of my fondest memories was actually our fights,” Conrad confesses. “Three or four days before the contest, we were doing a mock pitch and our parents were acting as judges. Before we started, we had a huge argument."

“We were arguing over some really insignificant part of our whole business, that totally should not have been discussed at that time. Practising our pitch and the Q&A was more important."

“That made me understand that, okay, maybe we have to get through these small quarrels in order to achieve the final, greater goal.”

Conrad says the best part of the whole experience was putting down their textbooks and dealing with real-life problems.

Take a look at our new junior reporter 'Zine!

“Entrepreneurship is something tangible that is related to real life,” says Conrad. “Whatever you do at school – you study maths, do fitness – you don’t necessarily use those skills in real life. They are important, but it’s not as relatable as real life. Everything around us is part of entrepreneurship right now, right?”

The team believe their determination was one of the main factors behind their success, along with the usual suspects such as communication skills, hard work, creativity and diligence. They also refused to give up.

But there was one other thing.

“Be observant and notice the little things in life,” Conrad says. “Before this project, I could’ve just accepted the fact that China has no healthy snacks. If I didn’t observe and acknowledge this issue, then we wouldn’t have come up with this idea.”