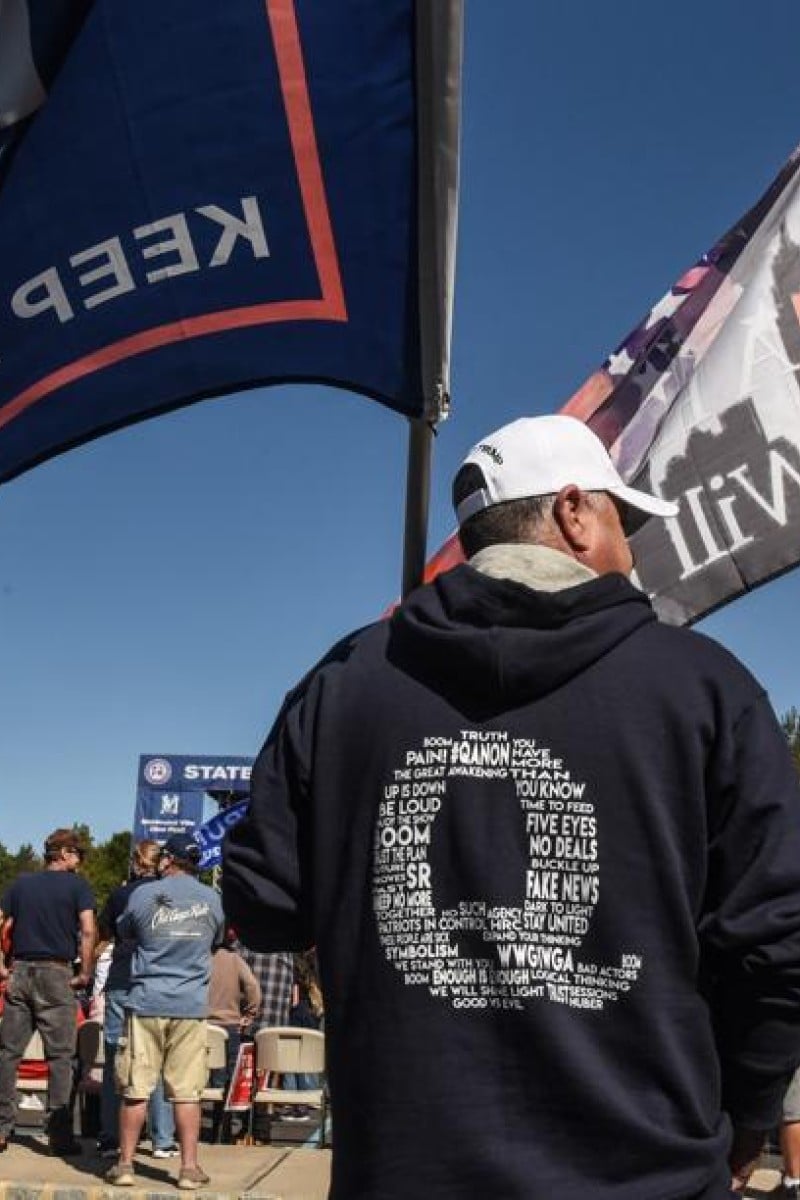 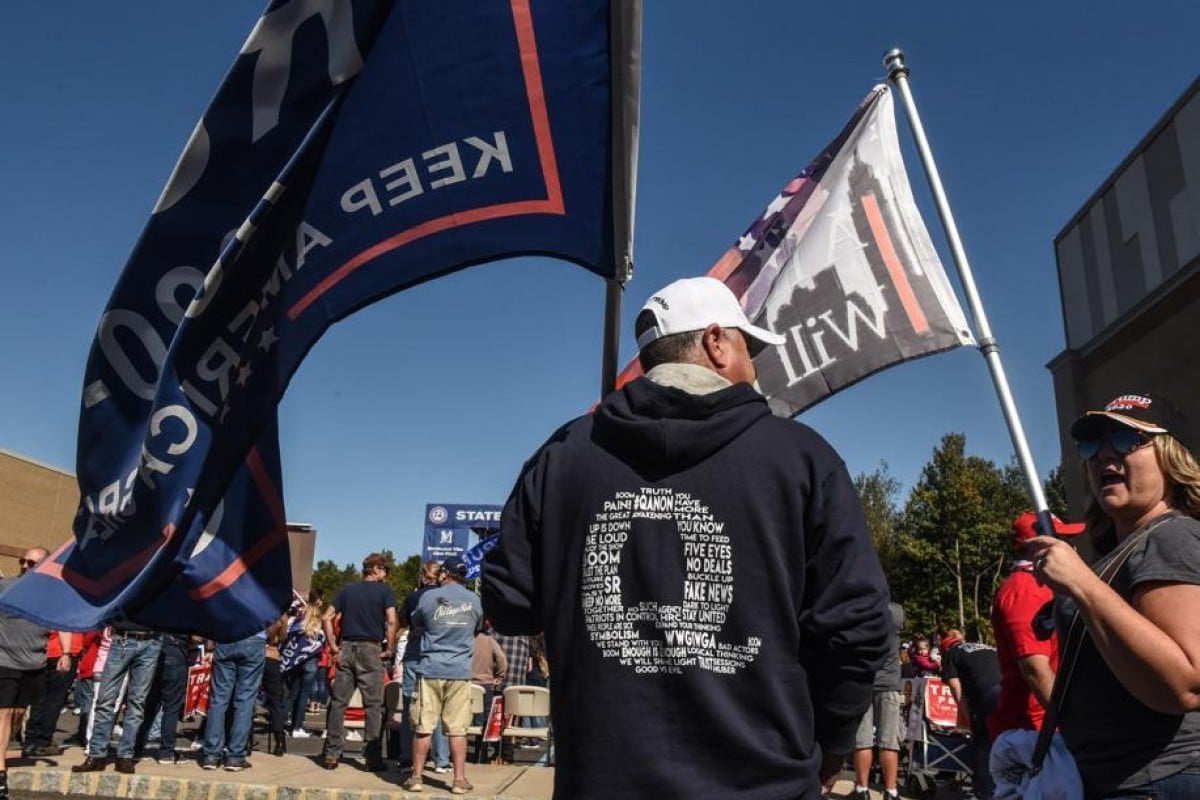 A person wears a QAnon sweatshirt during a pro-Trump rally in New York. Photo: AFP

Online marketplace Etsy, famous for its small, independent shops, is removing all QAnon merchandise from its site, the latest in a series of platform crackdowns on the unfounded and sprawling conspiracy theory.

QAnon followers have an intertwined series of beliefs, based on anonymous Web postings from “Q,” who claims to have insider knowledge of the Trump administration.

A core tenet of the conspiracy theory is that US President Donald Trump is secretly fighting a group of child-sex predators that includes prominent Democrats, Hollywood elites and “deep state” allies.

QAnon, which borrows some elements from the bogus “pizzagate” theory about a pedophile ring run out of a Washington DC, restaurant, has become a “big tent” conspiracy theory encompassing misinformation about topics ranging from alien landings to vaccine safety.

Followers of QAnon say a so-called Great Awakening is coming to bring salvation.

How has it spread online?

The “Q” posts, which started in 2017 on the message board 4chan, are now posted on 8kun, a rebranded version of the shuttered web board 8chan.

Media investigations have shown that social media recommendation algorithms can drive people who show an interest in conspiracy theories toward more material.

A report by the Institute for Strategic Dialogue (ISD) found that the number of users engaging in discussion of QAnon on Twitter and Facebook have surged this year, with membership of QAnon groups on Facebook growing by 120 per cent in March.

A man in a QAnon vest waves a US flag during a protest against a mandatory flu vaccine for children. Photo: AFP

QAnon backers helped organise real-life protests against child trafficking in August and were involved in a pro-police demonstration in Portland, Oregon.

QAnon also looks poised to gain a toehold in the US House of Representatives, with at least one Republican candidate who espouses its beliefs on track to win in the Nov. 3 elections.

What are online platforms doing about it?

Twitter in July said it would stop recommending QAnon content and accounts in a crackdown it expected would affect about 150,000 accounts. It also said it would block QAnon URLs and permanently suspend QAnon accounts coordinating abuse or violating its rules.

Facebook stepped up its earlier actions against QAnon by saying it would remove any Facebook pages, groups and Instagram accounts “representing” QAnon. In September, it also banned Facebook ads that praised or represented militarised social movements and QAnon.

A spokeswoman for the short-form video app TikTok said QAnon content “frequently contains disinformation and hate speech” and that it has blocked dozens of QAnon hashtags.

How to make sure you're not sharing #fakenews

A Reddit spokeswoman said the site has removed QAnon communities that repeatedly violated its rules since 2018, when it took down forums such as r/greatawakening.

A YouTube spokeswoman said it has removed tens of thousands of Q-related videos and terminated hundreds of Q-related channels for violating its rules since updating its hate speech policy in June 2019.

YouTube also said it reducds its recommendations of certain QAnon videos that “could misinform users in harmful ways.” It does not have a specific ban on monetising QAnon content. ISD researchers found that about 20 per cent of all QAnon-related Facebook posts contained YouTube links.

Amazon and Ebay did not immediately respond to questions about whether they were taking specific actions against QAnon products. A review the two sites showed sellers listing QAnon-branded items including books, face masks, T-shirts and hats.