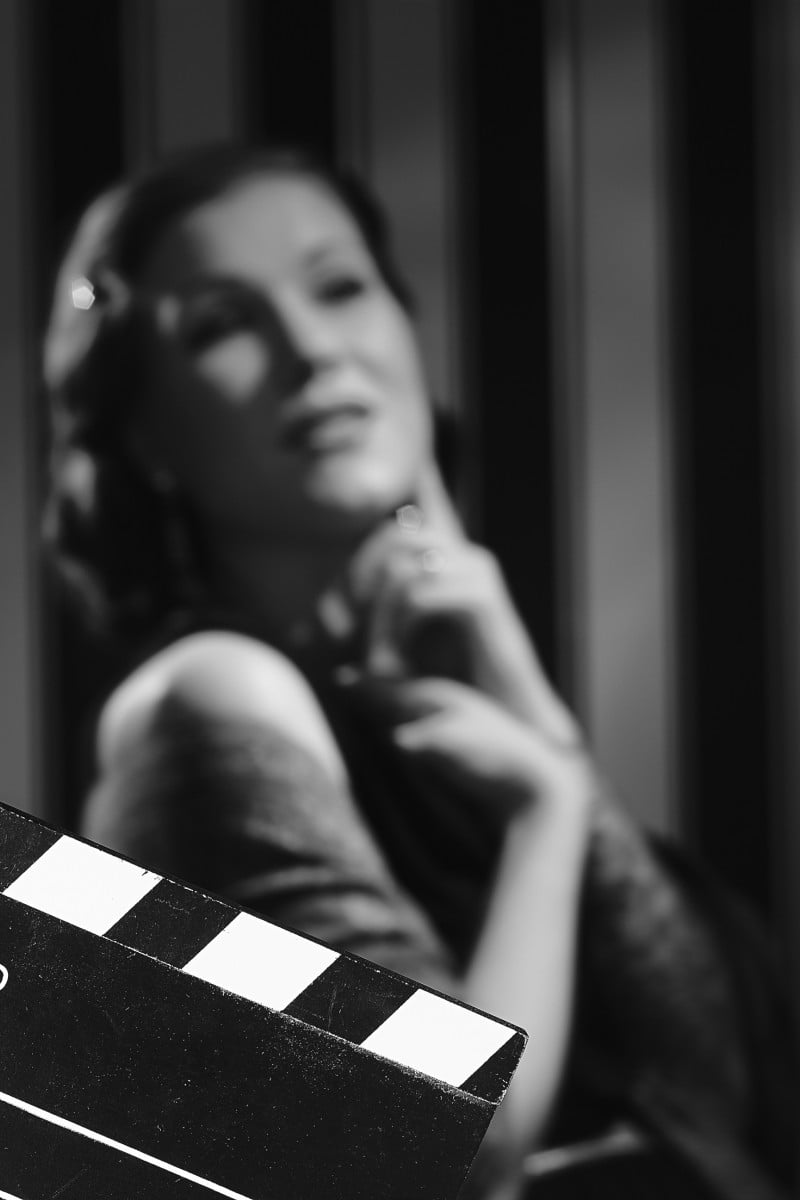 5 famous feuds that are so petty, you can't help but read more 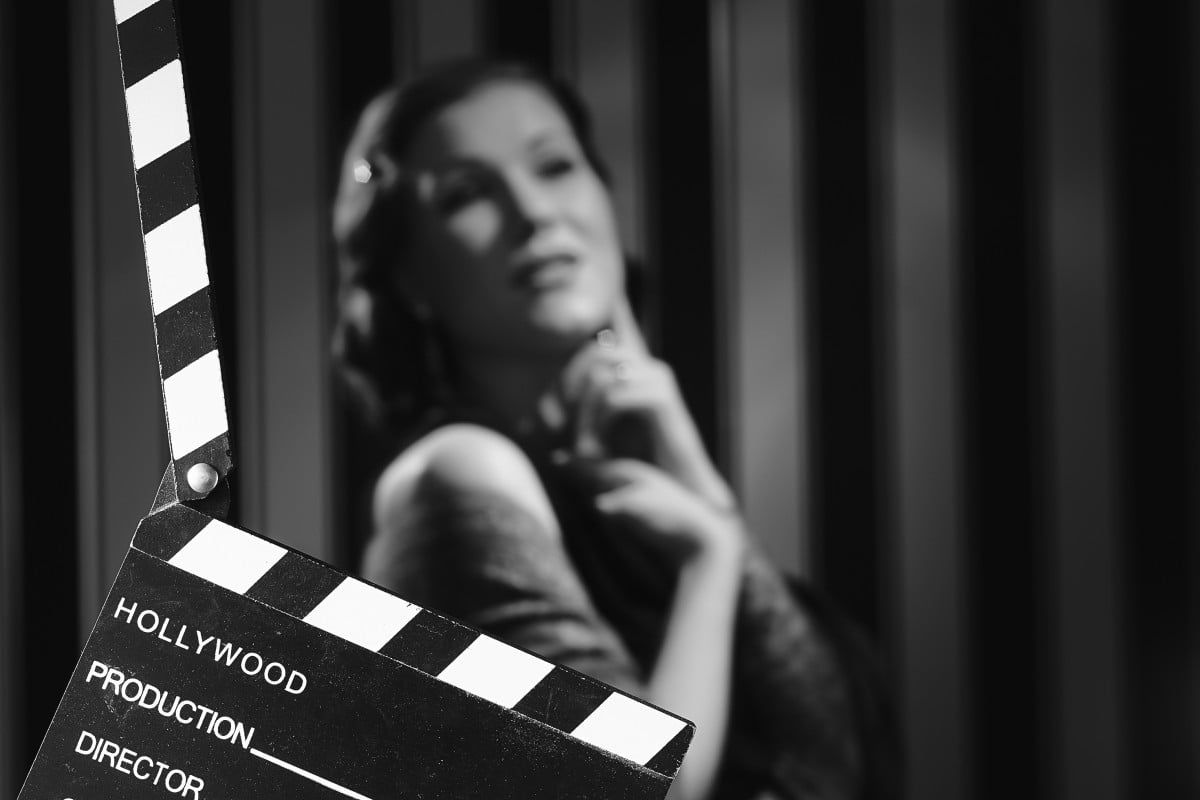 Old Hollywood was full of scandal and fighting, but the feud between Bette Davis and Joan Crawford was legendary.

From Taylor Swift versus Kanye West, to Taylor Swift versus Katy Perry, to Kim Kardashian versus ... Taylor Swift (wow, she gets into a lot of feuds), it can be sort of satisfying to watch drama unfold in front of you that you're not actually a part of. Some feuds come to an end, but others linger on for years and get pettier and pettier by the day. Here's some famous feuds from history that go on for so long and get so ridiculous, you'll wonder what will happen next.

In 2014, Vantablack, the darkest colour in the world, was created. It absorbs 99.96 per cent of the light hitting it and makes any surface it covers look like a black hole. It was developed with military uses in mind, but British artist Anish Kapoor, one of the wealthiest artists in the world, bought the exclusive rights to the colour (we didn’t know that was a thing!) in 2016. He’s the only person on the planet who can legally use this colour.

Artists were enraged, especially Stuart Semple, who had been making his own pigments for years. As a form of protest against Kapoor’s actions, he released a colour called “The World’s Pinkest Pink” for only HKD$40, available for purchase by anyone who wanted it – except Kapoor. A disclaimer on Semple’s website even says: “By adding this product to your cart you confirm that you are not Anish Kapoor, you are in no way affiliated to Anish Kapoor, you are not purchasing this item on behalf of Anish Kapoor or an associate of Anish Kapoor.”

An associate of Kapoor’s broke the violations and bought the Pinkest Pink for him, and Kapoor posted a rather rude photo on Instagram with his finger (you can guess which one) dipped in the paint.

And so began the feud.

Anish Kapoor is perhaps most famous for his statue 'Cloud Gate' in the US city of Chicago - nicknamed 'The Bean'.

Semple then created his own super black called Black 2.0 – it’s not AS black as Vantablack, but the human eye can’t tell the difference. Like the Pinkest Pink, Black 2.0 is affordable and easy to buy.

Semple has another advantage with Black 2.0: it's not toxic, unlike the incredibly dangerous Vantablack.

After Kapoor released the photo of his finger dipped in the Pinkest Pink, Semple also released another pigment called Diamond Dust, a glitter made of glass shards, which would give anyone who stuck their fingers in the paint small, painful cuts.

According to Semple, the reason why he released his pigments was as a form of protest against elitism in the art world, saying he wants to make art affordable and accessible to everyone.

TikTok dances that are easier than 'Renegade'

The feud between old Hollywood stars Bette Davis and Joan Crawford is so legendary that it was made into a miniseries by Ryan Murphy, the same man behind American Horror Story, The Politician and American Crime Story.

The beef began in 1933, when Davis, still new to Hollywood, finally landed her first feature role. An elaborate publicity campaign was announced to introduce the role that would make her a star and then ... Joan Crawford announced she was divorcing her husband, Douglas Fairbanks, Jr, son of legendary silent film actor Douglas Fairbanks. This was huge news and all anyone could talk about; newspapers spent pages and pages discussing the announcement, while news about Davis’ new film was cut to one small paragraph. The film was pulled from theatres after only one week due to low ticket sales, and the feud began.

Then, in 1935, Davis fell in love with her costar Franchot Tone, with whom she was filming Dangerous. So of course, Crawford and Tone announced their engagement while the movie was still filming.

The feud simmered for years, with both actresses lashing out at each other in the press and Davis even taking a movie role as a desperate, washed-up actress in a thinly-veiled reference to Crawford.

Both of them suffered a career slump and desperately needed publicity in 1962, which is why they agreed to star in a film together, What Ever Happened to Baby Jane? In one scene, Davis hit Crawford too hard on the head. In retaliation, during a scene in which Davis had to drag Crawford around, Crawford made herself as heavy as possible (allegedly by filling her pockets with rocks) to make it more difficult for Davis.

Davis was nominated for an Oscar for Best Actress for her role in Baby Jane. Another actress named Anne Bancroft won the award, but she wasn’t able to make it to the ceremony. That’s ok though; Joan Crawford helpfully collected the award for her, assuring that she got to appear on the Oscar stage when Davis didn't.

In the 1920s, brothers Adolf (this was actually a hugely popular name until around WWII, when it sort of dropped off for obvious reasons) and Rudolf Dassler started a shoe company in their mother’s basement in Germany. At the 1936 Berlin Olympics, American gold medalist Jesse Owens wore their sneakers, which lead to an explosion in sales. For reasons that aren’t completely known, the relationship between the brothers soured, so in the late 1940s, they split up and created rival athletic shoe companies. They built factories on opposite sides of the same river in the same town, and competition between the companies was so fierce that it was even frowned upon for an employee to marry someone who worked for the other firm.

You might have heard of the companies they created: Adolf launched Adidas, and Rudolf is the founder of Puma.

The tension between Noel and Liam Gallagher is as well known as their band, Oasis, and it began at the same time the group did. It’s also worth noting that the brothers have famously big egos and notorious drug problems. One of the first public fights between the brothers took place in September 1994, when the band was in various states of ‘not totally there’ and Liam began insulting the other members of the group and threw a tamborine at his brother, causing Noel to walk off and disappear for a few days. He eventually returned and wrote the song Talk Tonight about the fight.

Then, in summer 1995, while the band was recording their second album, Liam brought a group of people back to the studio while Noel was trying to work, and Noel responded by hitting his brother over the head with a cricket bat. In 2000, a show in Spain was cancelled after the group’s drummer injured his arm, and the band decided to drink instead. As the night wore on, an argument ensued and Liam suggested that Noel’s daughter was not actually his. Noel attacked Liam and left the band for a second time.

Incidents like these continued until Oasis broke up for real in 2009. Liam briefly formed a band called Beady Eye before embarking on a solo career, while Noel formed Noel Gallagher’s High Flying Birds. Thankfully we were able to get this brilliant quote from Noel before the split: “[Liam] is the angriest man you’ll ever meet. He’s like a man with a fork in a world of soup.”

For a long time, these two paleontologists were the perfect pair - in the 19th century, they discovered around 130 dinosaur species together, including the Triceratops and Stegosaurus. But then everything changed in 1868. For years, Cope had been digging up and classifying fossils in an area around New Jersey, in the United States. When Marsh came to visit, he secretly made an agreement with the owners of the land that he was entitled to any fossils they found, which obviously made Cope very angry. Later on, Marsh realised that Cope had incorrectly reconstructed a dinosaur skeleton backwards, mistaking its tail for the neck. The information went public and greatly embarrassed Cope, and a rivalry was born.

For the next 30 years, the men spread lies about each other as they raced to collect the most fossils in what is now known as 'The Bone Wars'. It lead them both to financial ruin, and Cope's work was often rushed and full of errors, while Marsh would resort to bribery and bullying to get his hands on specimens.