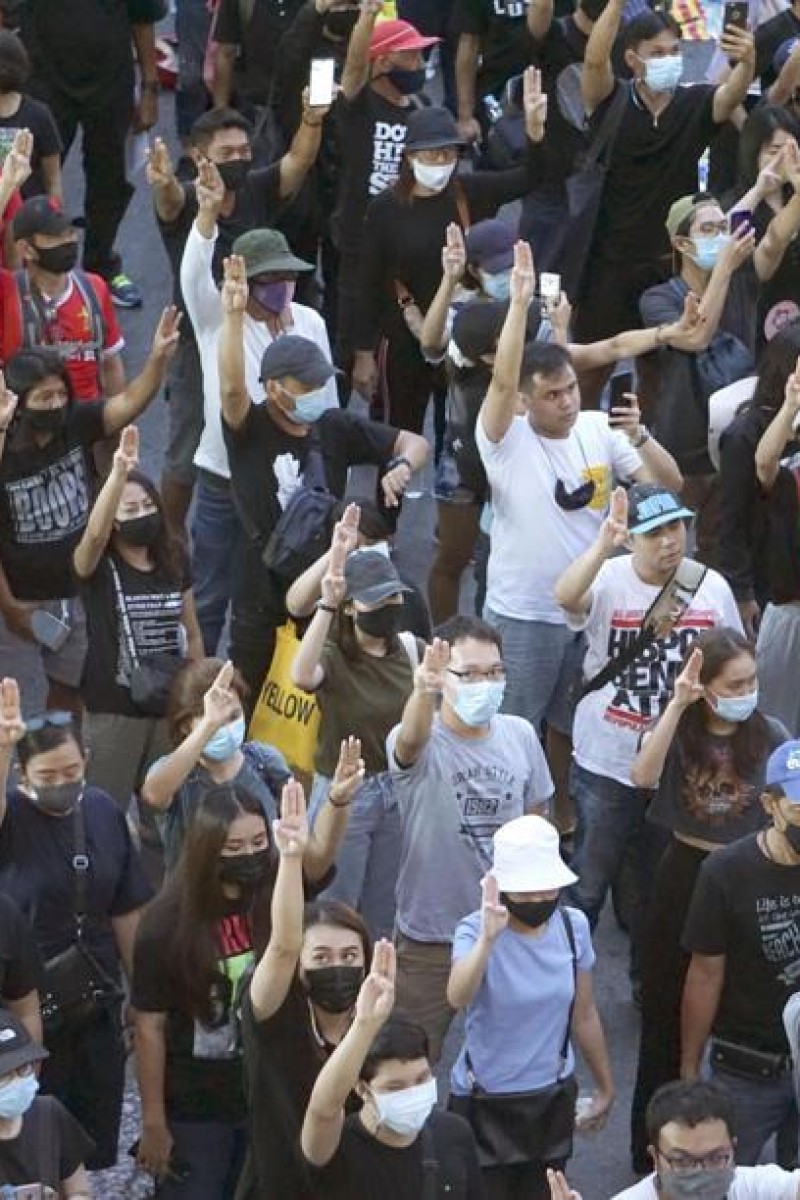 Your guide to street slang in the Thai pro-democracy protests 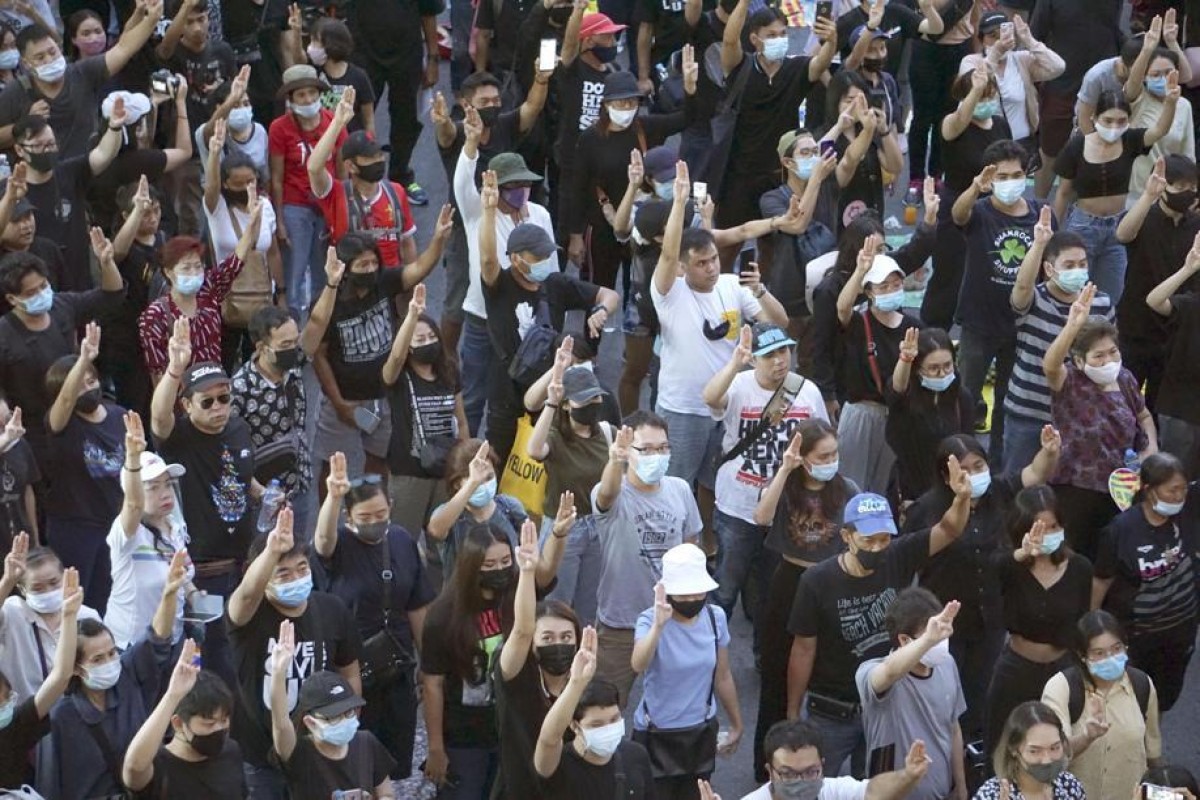 Protesters gather at a busy intersection in Bangkok after the Thai prime minister refused to step down by the deadline they had given him. Photo: Kyodo

Similar to last year’s anti-government protests in Hong Kong, a series of leaderless mass demonstrations is taking place in Thailand this year, with many young people on the streets protesting against the government of Prime Minister Prayut Chan-o-cha and the country’s monarchy.

In April, netizens across Thailand, Taiwan and Hong Kong dubbed their democratic solidarity movement the “Milk Tea Alliance”. During this time, Hongkongers developed new words to describe activities during their protests - like ‘using magic’ or ‘going shopping’. During the new protests in Thailand, people are taking their food culture to the next level by using food-related slang that relates to the movement.

“O-liang” is Thai iced-coffee, but is also a play on Chan-o-cha’s name. As Thai iced coffee is iced black coffee, it is used to describe riot police in black uniforms. “Liang” also implies that someone is being taken care of.

5 similarities between the Thai and HK protests

“Mocha” is used to refer to the Thai police in khaki uniforms, because the colour of their uniforms is similar to the chocolate-flavoured coffee drink.

“O-yua” means hot coffee in Thai, and is used by protesters to refer to the water cannon vehicles deployed by the government. As in Hong Kong, Thai police have fired water cannons tinted with a blue dye that helps them identify protesters, along with also teargas chemicals that cause skin irritation. Protesters have therefore called it ‘hot coffee’ because it feels like having coffee poured on you. People who get hit by the blue dye are called "smurfs".

Pro-democracy activists display a placard with Thai Prime Minister Prayuth Chan-ocha's head attached to a cockroach during a protest outside remand prison, in which some of the activists are kept, in Bangkok. Photo: AP

One fun fact is that Thai street food vendors are often seen racing to the anti-government protests, sometimes arriving faster than journalists, police and protesters. They are usually there to hawk food, with some vendors there to show support and give updates to protesters. As they often hold first-hand information and updates, people call them “CIA”.

The dish is made up of three words: ‘gaeng’, ‘tae’ and ‘po’. Protesters gave each of the words a new meaning: ‘gaeng’ (curry) could mean “pretend”, ‘tae’ (pour) means “throw away” and ‘po’ is the abbreviation for police. This phrase stands for the idea of tricking the authorities into going to the wrong protest location.

Salim is a traditional Thai dessert that comes in different colours. It is made from mung bean flour noodles or threads and topped with sweetened coconut milk. The name of the dessert is used to convey contempt towards pro-establishment supporters, and now “coconut smell” is an auxiliary term to describe protesters who are suspected of being pro-establishment.

Thai soldiers have green-coloured uniforms, so protesters call them “broccoli”. Broccoli is one of the most common veggies in Thai cuisine.