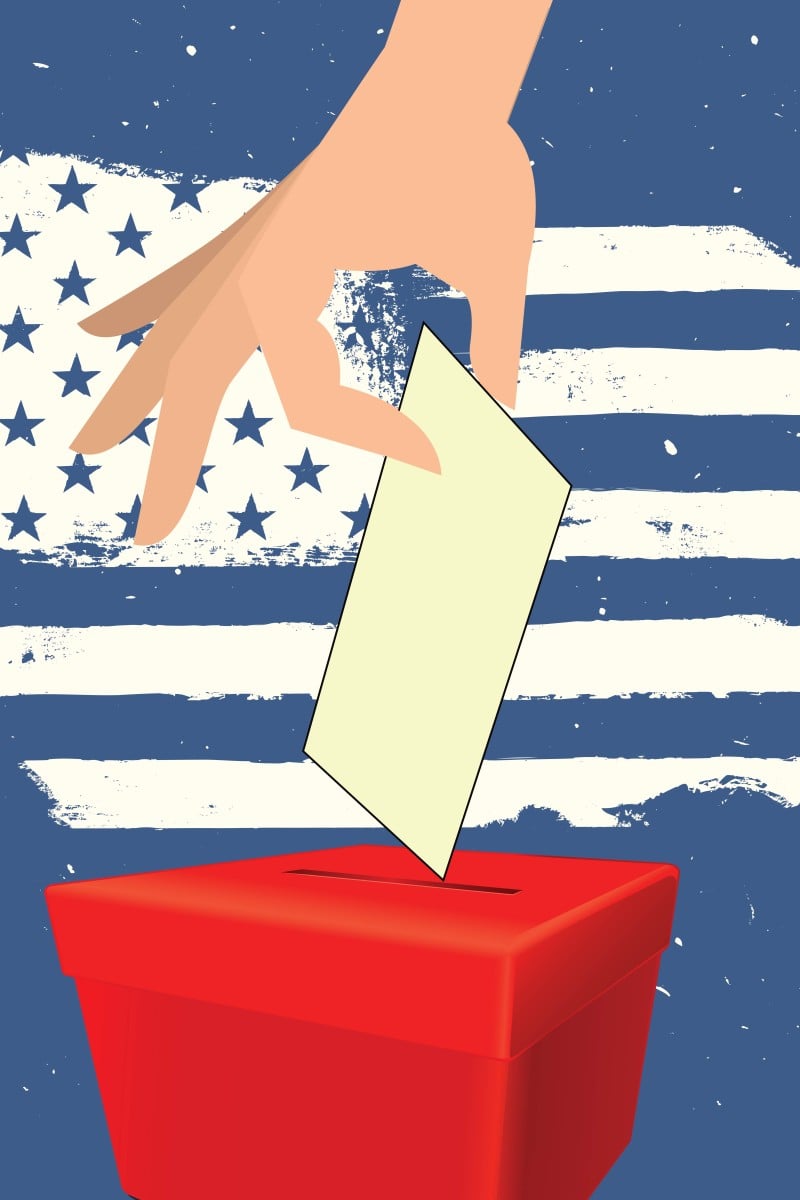 5 memorable US election moments, from Donald Trump and Hillary Clinton to JFK and Richard Nixon 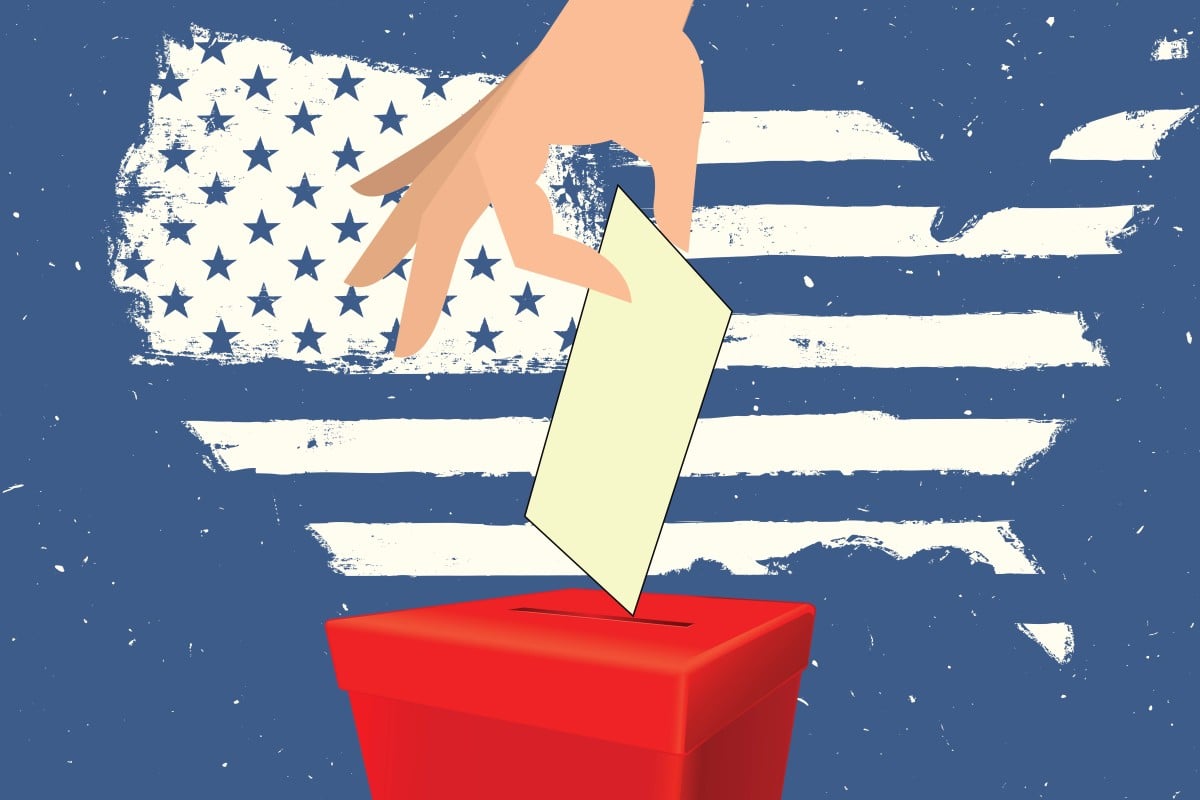 We don't know about you, but we're really looking forward to this election being over.

The US election finally takes place on Tuesday, November 3 (Wednesday morning in Hong Kong). Millions of Americans - both those living in the country and abroad - have already voted by mail, and many others will go to the polls on the day of.

This year's election is a bit unusual; although we usually know who the next president is within a day, counting all the mail-in votes sent due to the coronavirus means it could be weeks before we learn who wins. Will Donald Trump win another term, or will his Democratic challenger Joe Biden take over? This is certainly a historic election, so we decided to revisit some memorable election moments of years past.

7 shows that will help you understand US politics

One of the most bizarre elections in American history happened right around the time the country became the United States. In fact, the outcome of the 1800 election between Thomas Jefferson and John Adams was so strange that the US had to amend its Constitution.

You may have heard of the Electoral College – it’s the weird way that America decides on its president. Each state has a certain number of electoral votes, and the winner is whoever wins the most of these – the popular vote (aka how many citizens voted for you) doesn’t count. Back then, electoral college members each had two votes for president; whoever won the most votes became president, and second place became the vice president (now, whoever runs for president chooses the vice president themselves and they campaign together. For example, Joe Biden is running for president, with Kamala Harris set to be his VP if he wins).

This year, there was a problem: Thomas Jefferson received 73 electoral votes, but so did his opponent, Aaron Burr. John Adams closely followed, with 65 votes.

It was up to Congress to break the tie. The country’s first treasury secretary, a guy called Alexander Hamilton (yes, that one), didn’t like any of them, but he lead a campaign to convince people to vote for Jefferson, who he considered the least terrible option. Congress eventually decided on Jefferson to become the president and Burr for vice, and this added fire to the rivalry between Burr and Hamilton, which continued until Burr killed him in a duel.

Thomas Jefferson was one of the people who signed the Declaration of Independence, which stated that America was free from British rule. He later became president of the United States.

In 1948, President Harry Truman was gone before the election had even been held, according to, well, everyone. It was certain that New York Governor Thomas Dewey would be taking his seat in the White House. Only one in three Americans approved of Truman as president, and the midterm election in 1946 had handed both the House of Representatives and Senate to the other party, the Republicans.

Even worse, Truman’s commerce secretary disapproved of his foreign policy towards the Soviet Union and announced he would run as a third-party candidate, while Southern Democrats disagreed with his stance on civil rights and formed their own party, with segregationist Strom Thurmond (who would actually remain a senator until 2001) as the head.

Even on Election Day, reports predicted Truman would lose, and the Chicago Daily Tribune printed the headline “Dewey defeats Truman” and referred to him as a "nincompoop". It wasn’t until 4am the morning after the election that Truman’s secret service woke him up to tell him he had been re-elected.

In 2020 we can watch clips, or even entire debates, on YouTube (how many times have we looked up Mike Pence + fly in the last few weeks?). Debates weren’t televised until 1960, when John F. Kennedy squared off against Richard Nixon. At the time Kennedy was a relatively unknown senator, while Nixon was a two-term vice president. It seemed like Nixon had the advantage.

70 million people watched the first-ever televised presidential debate on September 26, 1960. Nixon had recently been hospitalised and refused to wear make-up on screen, which made him look even more sickly. He also wore a grey suit that blended into the background (remember, back then, TV was still in black and white). Kennedy, however, sported a nice tan and wore a blue suit and shirt. He also made sure to speak to the cameras instead of directly at his opponent. This made him come off as much more youthful and energetic than Nixon.

This had a huge impact on Americans tuning in to the debates – those watching on TV felt like Kennedy won, while the smaller percentage listening on the radio felt like Nixon came out on top.

Kennedy won the election by about 119,000 votes (out of the nearly 69 million votes cast) and politicians were so unsettled by the effects TV had on public perception that it would be 16 years before another presidential candidate agreed to a televised debate.

The 2000 election brought a new word to the American vocabulary: chad.

In this election between George W. Bush and Al Gore, it all came down to the state of Florida. Bush was winning by 537 votes – a very small number, considering how many millions of people voted. Initially news networks called the election for Gore, then Bush, then Gore called Bush to concede (admit the other person has won and congratulate them) but he took it back upon realising just how close the race was.

And so began a recount, filled with discussions of fraud and voter suppression. The ballots from Florida were recounted via running them through the electronic vote counter, but Gore asked for a recount by hand. This sparked discussion over the confusing layout of the ballots, which could potentially have caused a Gore voter to accidentally vote for another candidate, Pat Buchanan. Then there’s the issue of the chads; Many Florida voters had to punch holes through their cards to vote, and on some of them, the piece of paper that was punched out still hung on. On other cards, the person didn’t punch a hole the whole way through, so ballot counters had to decide whether that counted as a vote or not. It was a confusing mess.

There were a few lawsuits over the recounts, and the issue even went all the way to the Supreme Court. Eventually, in December, a full month after the election took place, Bush would be declared the winner – he was the first president since 1888 to lose the popular vote but win the election, winning 50,456,002 votes to Gore's 50,999,897, but winning the Electoral College.

We were so young, so innocent in 2016. For many of you, it might be the first US election that you really remember.

People were surprised when Donald Trump won the Republican nomination for president. He supported fringe conspiracy theories, refused to release his tax returns, and made racist comments about illegal immigrants, Muslims, and more. Many Republicans refused to endorse Trump. A month before the election, a tape from 2005 was released, in which he was recorded saying some rather inappropriate things about women, and many people thought that would close the book on the idea of a Trump presidency.

The thing was, his Democratic opponent Hillary Clinton wasn’t hugely popular, either. A big reason was her emails: while she worked as Secretary of State under President Barack Obama, she used her own private email address, which raised security concerns. The FBI investigated her actions and decided not to press charges. However, just 11 days before the election, FBI director James Comey informed the public that the FBI was analysing additional Clinton emails found in an unrelated case. He announced on November 6 that the new emails did not change the department’s earlier conclusion, but by then it was too late. The election occurred on November 8, and while Clinton won the popular vote, she lost the Electoral College.