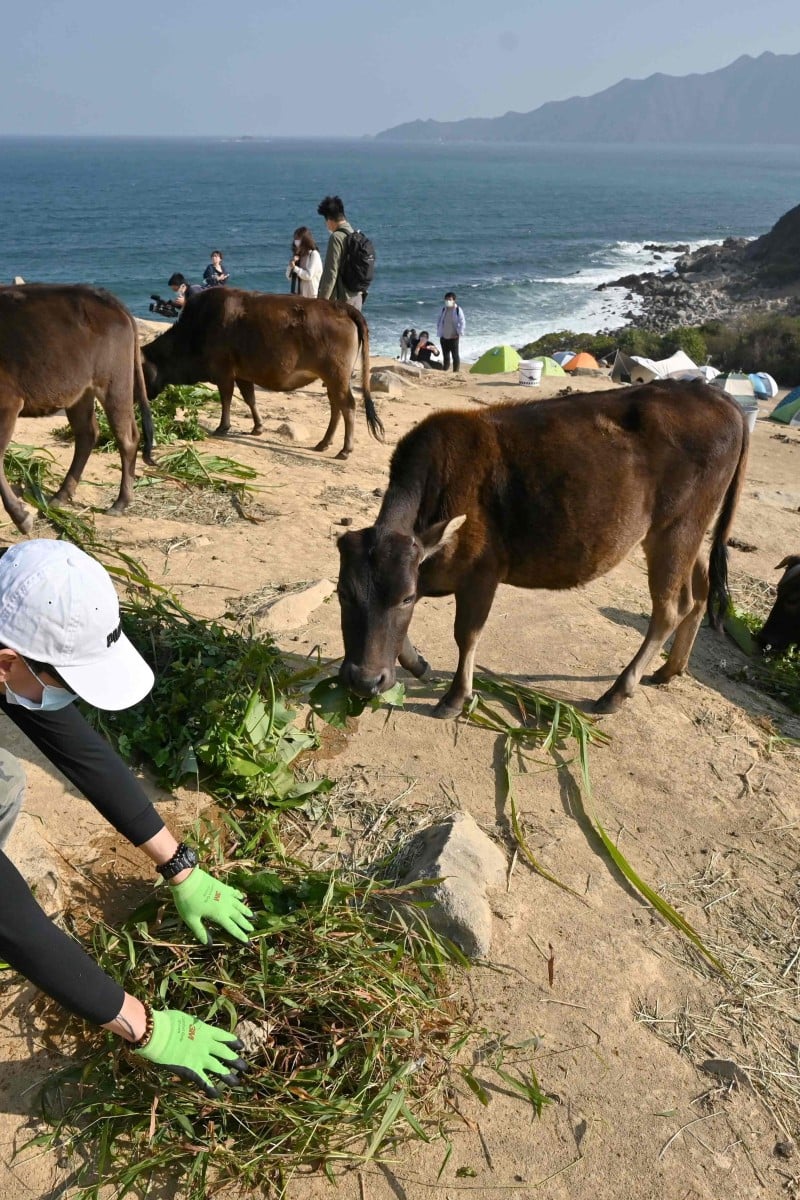 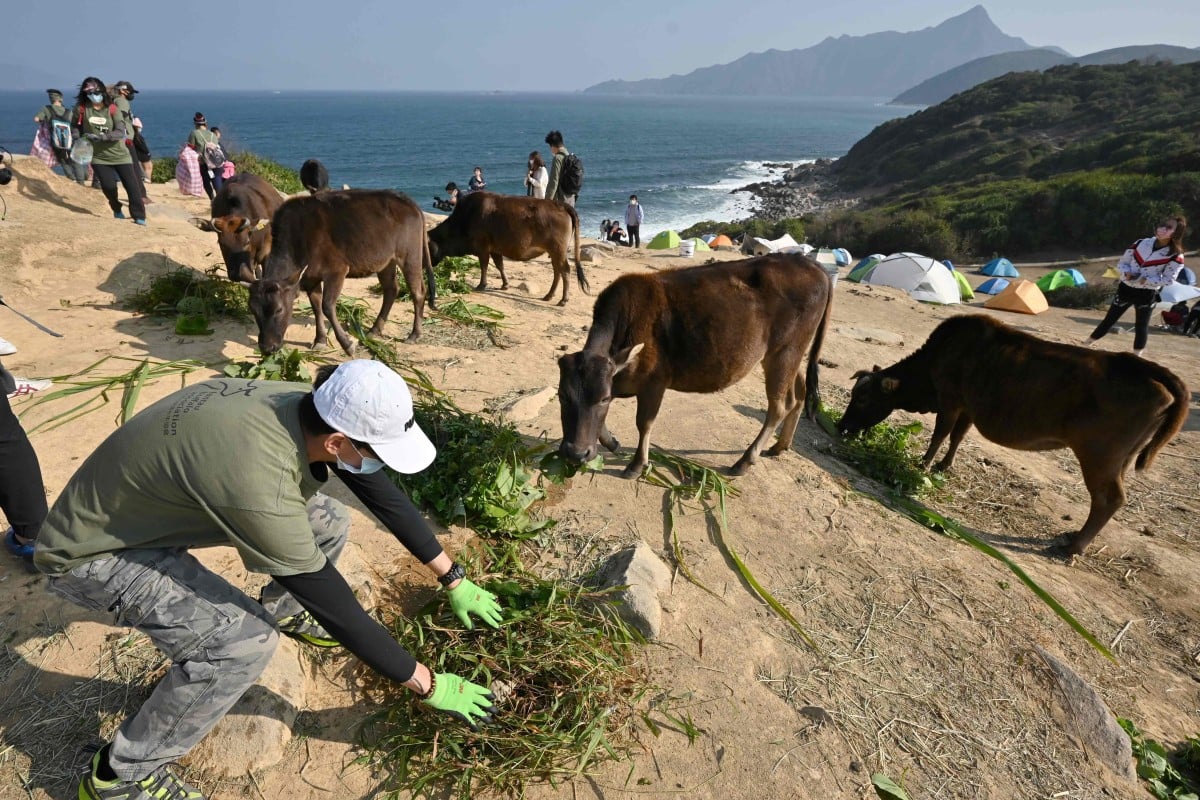 A herd of wild cows in Hong Kong is on the verge of starvation after visitors to their habitat surged during the coronavirus pandemic. Photo: AFP

With most people stuck in Hong Kong because of the pandemic, those desperate to “get away from it all” have been hiking or camping in the countryside. While it might offer a welcome breath of fresh air and help ease their stress, it’s having a terrible impact on Hong Kong’s wild cattle.

Once grassy pastures that nurtured feral cows on Tap Mun island have been reduced to barren dirt by the feet of hordes of hikers and campers. This is leaving the cattle hungry, says a concern group.

Volunteers have resorted to cutting fresh grass and shipping it to Tap Mun, or Grass Island, to stop the herd from starving in the Year of the Ox.

The animals have made their home for generations alongside a few dozen fishing families on the island off Sai Kung.

Named after its rich vegetation, Grass Island is closer to mainland China than Hong Kong’s skyscraper-studded harbourfront and is reached by a long bus and ferry ride.

Until the coronavirus struck last year, a largely manageable number of hikers and campers made their way to the island.

But with overseas travel no longer possible for most Hongkongers, a huge influx of visitors has arrived as residents look for ways to escape the confines of social distancing in the crowded city.

Cows have to eat grass brought to the area by volunteers. Photo: AFP

“Suddenly there are massive numbers of people coming and trampling on the grass,” said Ho Loy, chairwoman of Lantau Buffalo Association, an activist group that campaigns to protect Hong Kong’s wild buffaloes and cows.

All across the island, popular hiking trails that slice through thick carpets of grass have become increasingly bare, while the main campsite, where the island’s cows would often come to feed among the tents, has become little more than a brown patch of sandy earth.

“There was too much trampling on the ground, it’s not just the grass that cannot grow, the compost layer of the soil also disappeared … It’s now becoming an eco-disaster,” she said.

Every month, Ho holds a workshop to train volunteers to collect fresh grass and raise awareness among campers.

Should we choose cloth face masks over single-use ones?

On a recent weekend, the group spent three hours travelling to some of Hong Kong’s more remote villages to collect fresh hay using sickles and scissors. They then transported it to Grass Island, where the hungry herd soon emerged to tuck into their delivery.

Without grass, the cows turn increasingly to visitors or rummage through the rubbish left behind, with potentially fatal consequences.

“We saw cows going to the bins and hunting for food,” said Jennifer Wai, who joined the workshop with her husband. “We saw them eat candy still in a bottle and they ate the whole thing. It was heartbreaking to see.”

Ho said many visitors do not know enough about wildlife protection and often feed the cows because they are sociable, friendly animals.

“That’s dangerous,” she said. “Many of the cows you can see, have a strange, swollen stomach, which means they have a certain amount of plastic in their digestive system.”

As well as feeding the cows, volunteers visited campers to spread awareness about protecting the animals and to remind them not to leave rubbish behind.

“This is a natural beauty of Hong Kong that’s going to be lost,” said Wai’s husband, Freddy Ramaker. “I think people should care.”