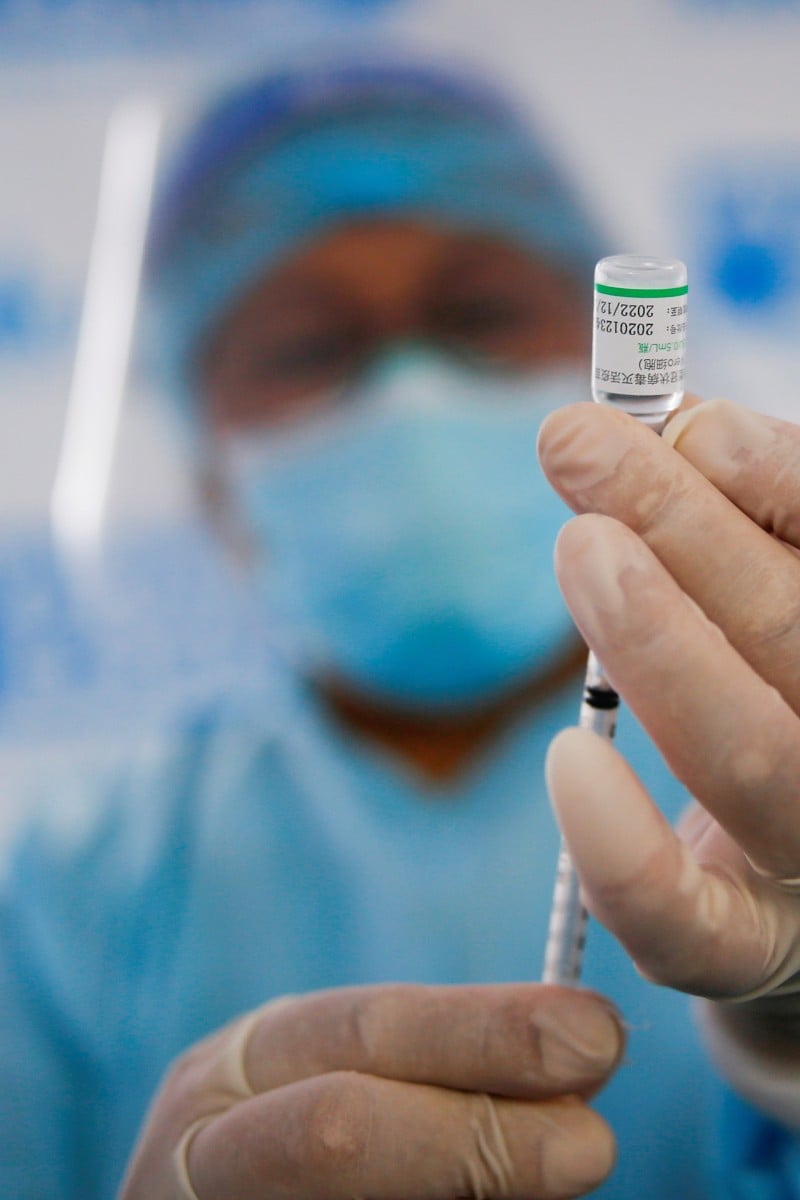 Explainer: What we know about Hong Kong's Covid-19 vaccines 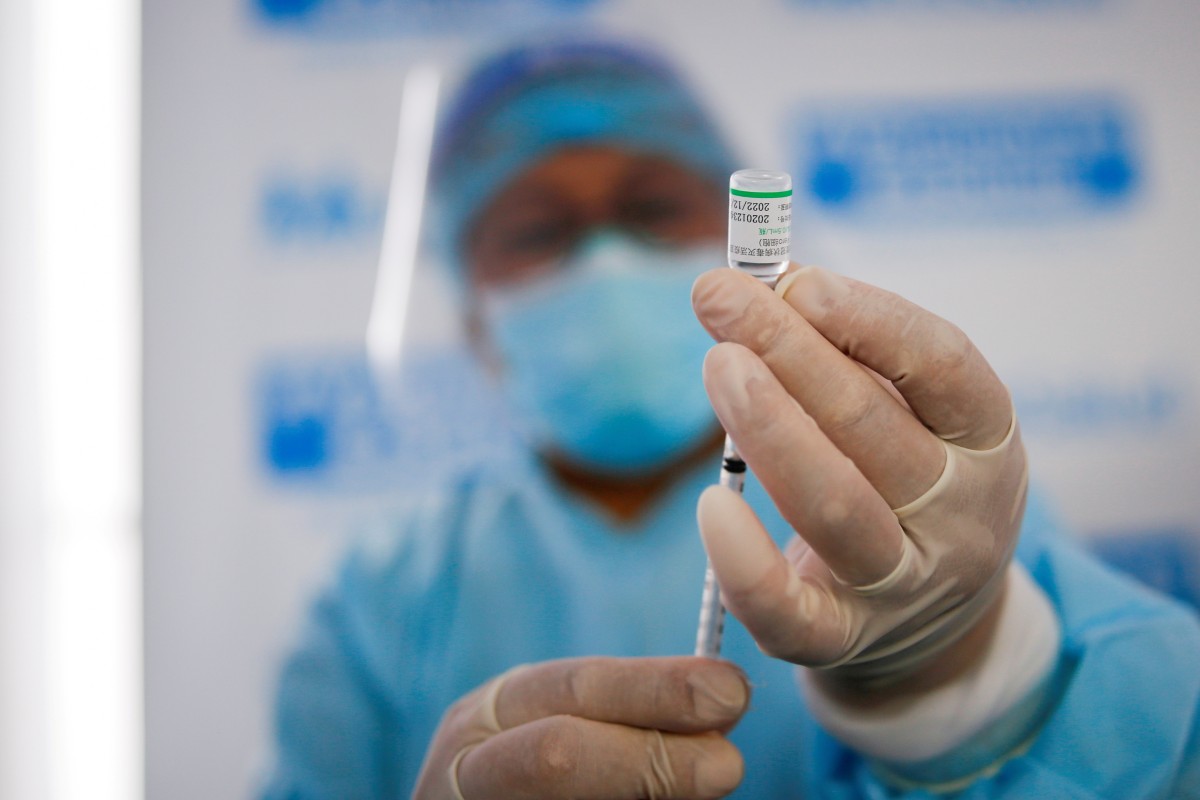 The Hong Kong government will roll out its vaccine programme by early next month. Photo: Reuters

Hong Kong is set to roll-out its universal coronavirus vaccination programme early next month, after a delay to its scheduled launch following Chinese New Year.

How much do we know about the vaccines made available to the public for now, and how do we decide on which to get?

Which two vaccines are available now?

The city has struck deals to purchase 22.5 million doses of Covid-19 vaccines, with 7.5 million shots each coming from three suppliers: Sinovac Biotech; British-Swedish firm AstraZeneca; and Fosun Pharma, which is delivering the jab jointly developed by Germany’s BioNTech and US-based Pfizer.

A government advisory panel unanimously recommended the Pfizer-BioNTech dose, and CoronaVac produced by Sinovac, for emergency use in Hong Kong. Both have now been approved.

The first batch of the CoronaVac vaccine could arrive in Hong Kong as soon as Friday, while the Pfizer-BioNTech shots are expected next week, according to a government source.

How do the two vaccines work?

The jabs from Pfizer-BioNTech are a type of messenger RNA (mRNA) vaccine that trains the immune system to recognise the spike protein the coronavirus uses to invade human cells.

Unlike traditional vaccines, mRNA shots contain no actual part of the virus. Instead, scientists use synthetic genes to create the virus’ distinctive spike protein.

The mRNA fragment is encased in a fatty parcel that dissolves after vaccination, releasing its information into the body where it will invade any cells it meets and instruct them to produce the spike protein. This triggers the immune system to attack the modified human cells as if they were the Sars-CoV-2 virus which causes Covid-19.

By training the immune system to recognise the spike protein, it will attack the actual virus if it ever enters the body.

The Pfizer-BioNTech vaccine, which will be administered in community halls across the city’s 18 districts, requires ultra cold storage of minus 70 degrees Celsius.

There are 4,000 variants of the virus that causes Covid-19

How effective are they?

Pfizer and BioNTech announced results from their phase-three study of their vaccine in November. They found the two doses of the vaccine to be 95 per cent effective against Covid-19 compared with a placebo.

The most recent data provided by Sinovac over Chinese New Year showed an overall efficacy rate of 50.66 per cent among the 18-60 age group, which would rise to 62.3 per cent after the second dose was given four weeks later.

Professor Wallace Lau Chak-sing, convenor of the advisory panel on Covid-19 vaccines, said the results suggested that only one in three vaccinated people would get infected, compared to the two in three people who would contract the disease if not inoculated.

“We’re not saying that only half of [the city’s] 7.5 million population will be protected, it’s about the comparison between the vaccinated and placebo group,” he said.

The World Health Organisation (WHO) and regulators in the United States and China require vaccines to be at least 50 per cent effective.

There's a lot to consider when determining which vaccine is the best option for you. Photo: AFP

What are some of the issues surrounding the two vaccines?

Alarm was briefly raised over the safety of the Pfizer-BioNTech vaccine on elderly people with serious underlying health conditions after Norway reported 33 deaths after inoculating around 70,000 people.

But Norwegian health authorities said there was no evidence of a direct link between the fatalities and the vaccine.

Some patients may have had mild reactions to the jab, which could have contributed to a more severe course of the patient’s underlying illness and eventually led to death, according to a report published last week by the Centre for Health Protection.

Wear a mask, even after you get the vaccine

Sinovac has not published the results of its final phase clinical trials in any international medical journal. While the WHO has yet to approve the Sinovac vaccine, experts advising the government on Hong Kong’s Covid-19 vaccine roll-out defended their decision to endorse it for emergency use.

Lau said the panel had gone through “all the procedures as needed” to vet the data.

“We have used the same attitude as how we normally would peer review a study report, a clinical trial report, to be ready for publication in a learned journal,” he said.

Lau added that the review was done by 12 experts compared with five people who typically review data for medical journals.

The struggle faced by disadvantaged students during Covid-19

How do we decide on which to receive?

Two scientific committees under the Department of Health will meet soon and decide on their advice to the public and specific age groups about which jabs to receive.

Professor David Hui Shu-cheong, a government pandemic and vaccine adviser, said he did not want to pre-empt the conclusion of the panels, but reiterated his belief that trial results of different vaccines could not be directly compared.

“You can’t compare apples and oranges as they have different sample groups of different demographics and medical history,” he said.

Sinovac’s jabs, the latest to be approved for emergency use in the city, had fewer data on people above the age of 60, he said, but still showed positive antibody response in a previous trial of some 600 people in that age group.