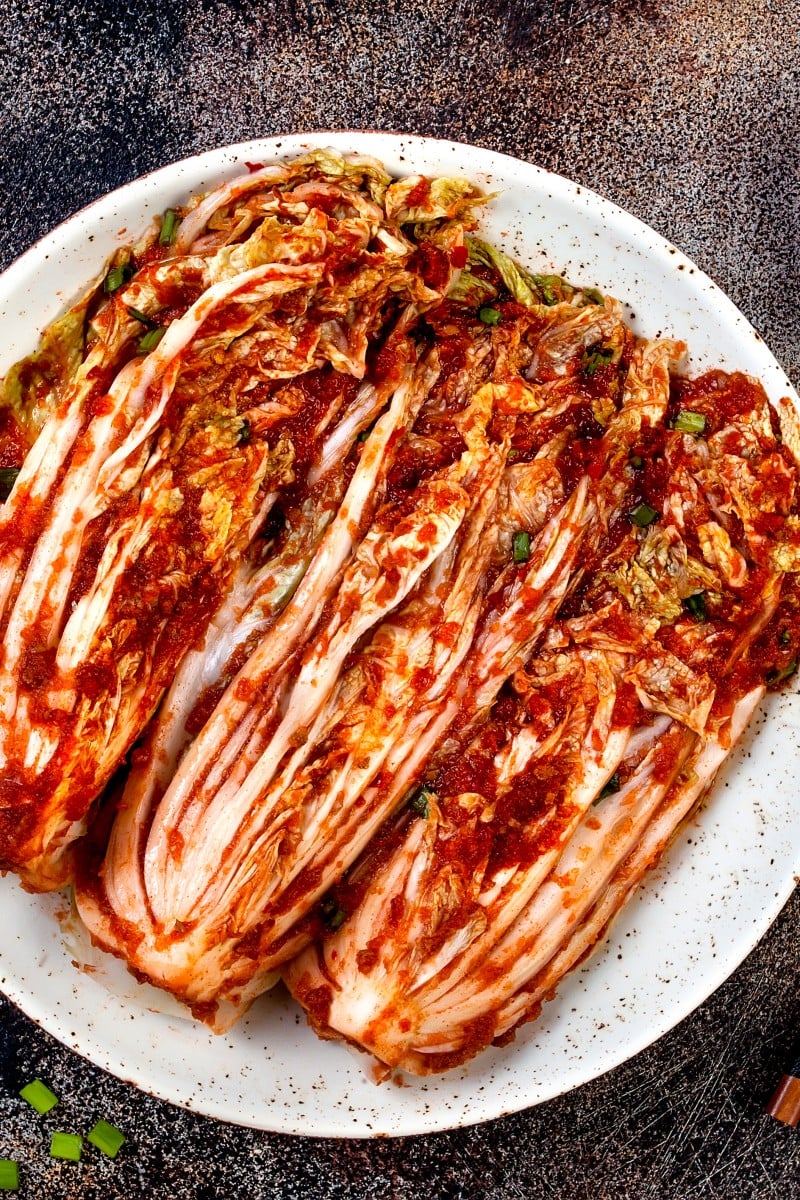 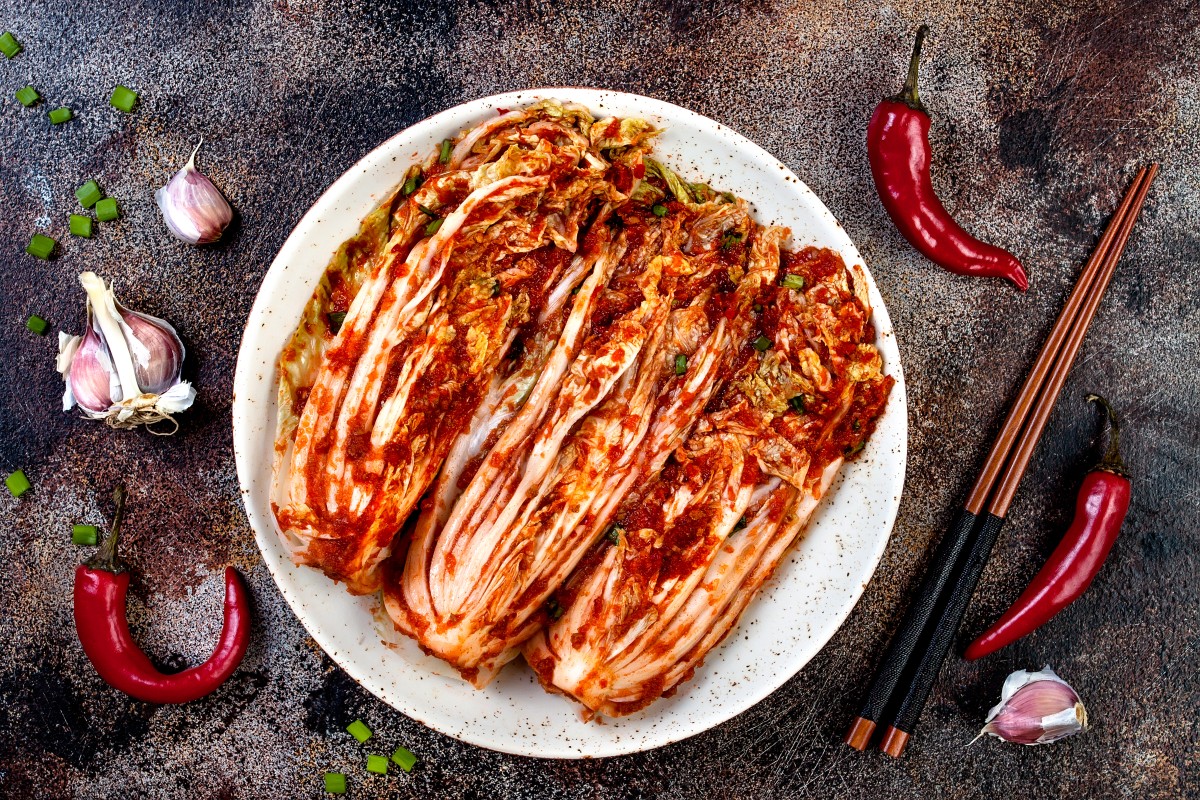 Is your mouth watering? Cause ours are.

If kimchi isn’t a part of your life right now, please reconsider the choices you have made.

Here are nine facts about kimchi to think about as you get with the programme.

In April 2008, Yi So-yeon became the first South Korean and 49th woman in outer space when she and two Russian cosmonauts were sent on a mission to the International Space Station. As she prepared for her journey into the cosmos, teams of scientists spent millions of dollars and did years of research to develop “space kimchi” that would be safe to consume if exposed to cosmic rays.

Yi spent 11 days aboard the space station and even hosted a crew dinner on April 12 for Cosmonautics Day, when Russia celebrates the anniversary of the first manned space flight by Yuri Gagarin. The spread included kimchi, rice, gochujang, doenjang jjigae, instant noodles and sujeonggwa.

“Their reaction was particularly good for instant noodles, kimchi and chili paste,” Yi said. “I am not certain if they will become common fare in space, but others enjoyed the food I brought, and if there are any left, I plan to leave some behind for others to enjoy.”

During the Vietnam War, South Korean soldiers fighting beside American forces longed for kimchi. In a letter to President Lyndon B. Johnson, South Korean President Park Chung-hee asked for help to lift morale among his troops by supplying them with kimchi at a cost of around US$3 million to $4 million annually. On March 14, 1967, South Korean Prime Minister Chun Il-kwon visited Johnson in the White House to reemphasise the importance of a steady kimchi supply.

“The Prime Minister apologised for raising what he said appeared to be a minor matter but said that President Park had specifically asked him to mention the problem to President Johnson,” according to a record of the conversation, during which Chun said he missed kimchi more than his wife during his diplomatic trip abroad.

In December 1967, the two presidents met in Canberra, Australia, where Johnson told Park the kimchi would be arriving in the new year and that “the bureaucracy in Washington gave him more hell about the kimchi than it did about the war in Vietnam.”

In 2013, UNESCO added kimjang, the traditional kimchi-making season in Korea, as part of its list of intangible cultural heritage items.

“The collective practice of Kimjang reaffirms Korean identity and is an excellent opportunity for strengthening family cooperation,” the official UNESCO inscription reads. “Kimjang is also an important reminder for many Koreans that human communities need to live in harmony with nature.”

Developed by South Korea’s agriculture ministry in 2013, the “kimchi index” tracks the cost of 13 key kimchi ingredients as one measure of the nation’s overall economic health. The ingredients include cabbage, salt, red pepper flakes and anchovies. Last November for kimjang, the cost to prepare 20 heads of napa cabbage into kimchi for a family of four was 286,000 won or around US$245, according to the Korea Agro-Fisheries & Food Trade Corporation.

The 'kimchi index' measures how much it costs for families to buy all the ingredients and make kimchi at home.

When kimchi isn’t readily available, Koreans can be quick to find kimchi substitutes.

When it comes to making kimchi, Korean people around the world are willing to work with whatever ingredients they have on hand.

In Kazakhstan, Russia, Uzbekistan and other Central Asian countries, ethnic Koreans didn’t always have access to a ready supply of napa cabbage. They did, however, have plenty of carrots.

5 food blogs we love and their best recipes

Kimchi in the White House

In 2013, First Lady Michelle Obama shared her own kimchi recipe on Twitter.

“Last week, we picked Napa cabbage in the garden. Now we’re using it to make kimchi in the kitchen,” wrote Obama, who included a photo of harvested napa cabbage and jars of prepared kimchi. Her recipe spiced things up by offering a gochugaru alternative: Thai chilis.

Preparing kimchi is time-consuming work. It’s OK to take a seat. For many Koreans preparing kimchi, that means sitting where you stand.

The kimchi squat, a Korean variant of the “Asian squat,” isn’t a workout but will definitely work you out if you’re not used to the position. As the super official, totally serious Urban Dictionary definition reads: “To properly execute the kimchi squat you must be able to touch your buttocks to your Achilles’ tendons while simultaneously keeping your feet firmly planted on the ground.”

During kimjang, the traditional kimchi-making season, it’s not uncommon to see a group of people huddled around tubs of napa cabbage and other ingredients, all deep into their kimchi squat.

“I remember my mom would have these kimchi parties. Her friends would come over, and they would sit on the kitchen floor with those big colorful plastic tubs,” said chef Chris Oh. “They were kimchi squatting.”

The kimchi slap heard 'round the world

In 2014, the South Korean drama Everybody Say Kimchi gave us the viral slap heard around the world.

The scene features actress Lee Hyo-choon delivering an incredulous “What?” - as only an ajumma, or Korean 'auntie', can - before grabbing an entire napa cabbage kimchi from out of its packaging with her bare fist, rearing back and unleashing the fully loaded kimchi across actor Won Ki-joon’s face. The satisfying smack and kimchi-juice spray became the perfect clip for a person to express their frustrations, Korean-style.

In a radio interview, Won said Lee took extra time before the scene to soak the 3-month-old kimchi because she only had one take and wanted to make it good. Unfortunately for Won, the slap was hearty enough to get chili powder into his eyes, nose and ears and gave him a severe headache.