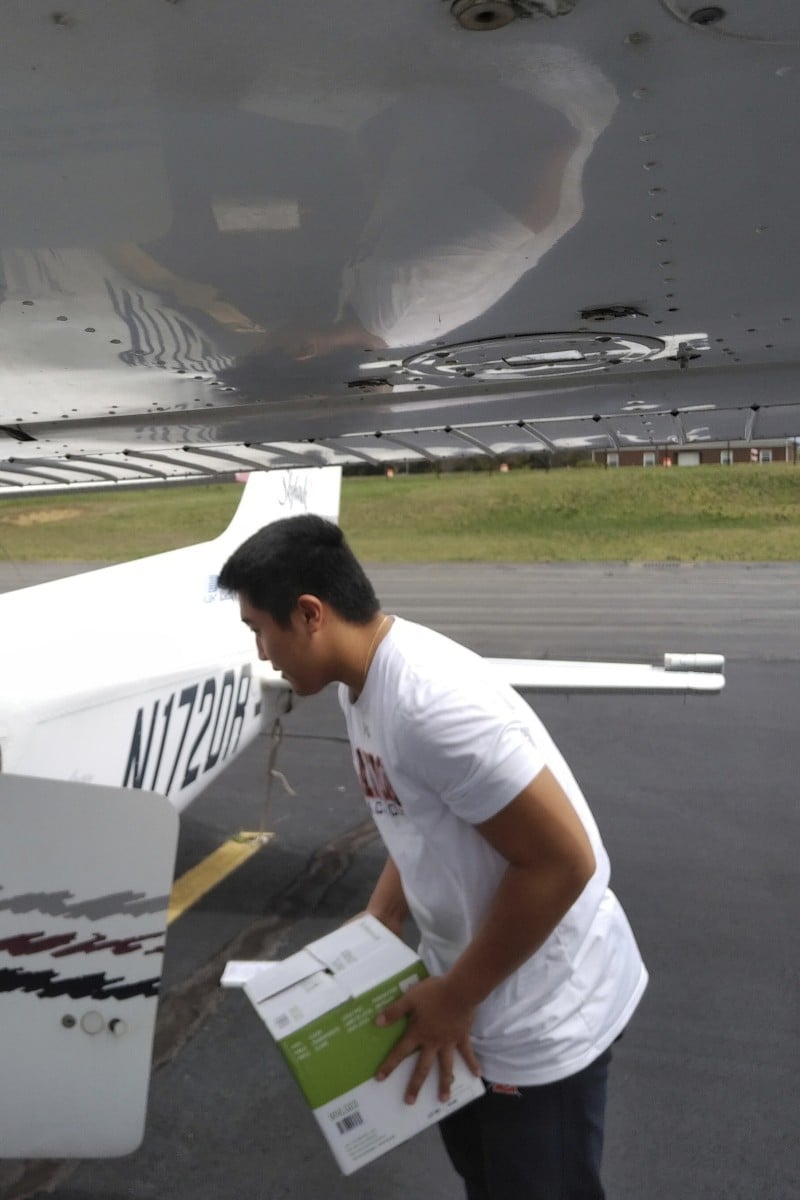 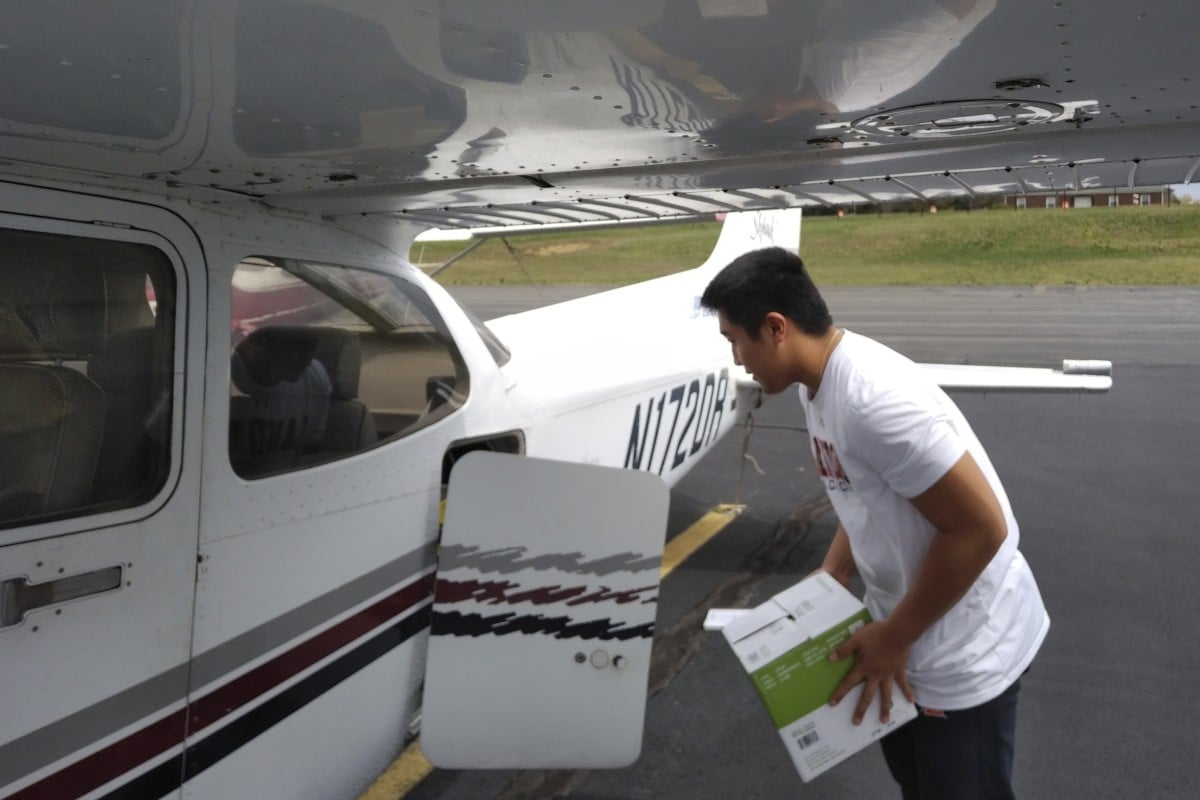 In this March 27, 2020 photo provided by Thomas Kim, TJ Kim, 16, loads medical supplies into a plane in Leesburg, Va., before flying to a hospital in Luray. Kim began delivering donated medical supplies to rural hospitals in need after realizing his flight training could be put to good use during the coronavirus pandemic. (Thomas Kim via AP)

The coronavirus shut down T. J. Kim’s lacrosse season before it even got started. And even though the law in his home state of Virginia allows teens to learn to drive at the age of 15, you can’t drive alone until you’re 18. T. J. is 16.

But he can fly. And he’s turned his flying lessons into missions of mercy, bringing desperately needed supplies to rural hospitals in need.

Each week, he carries gloves, masks, gowns and other equipment to small hospitals. When he made his first delivery, on March 27 to a 25-bed hospital in a small town called Luray, he was taken aback by the reception.

“They kind of conveyed to me that they were really forgotten about. Everyone wanted to send donations to big city hospitals,” he said. “Every hospital is hurting for supplies, but it’s the rural hospitals that really feel forgotten.”

Like secondary school students around the world, T. J. was disheartened when school and activities were shut down to slow the spread of the coronavirus.

T. J., 16, who is in 10th grade (Year 11) at Landon School in Bethesda, in the US state of Maryland, brainstormed with his family in McLean, Virginia, about ways to keep active, and to serve the community while he had the free time. They settled on Operation SOS – Supplies Over Skies.

The most recent flight carried 3,000 gloves, 1,000 head covers, 500 shoe covers, 50 non-surgical masks, 20 pairs of protective eyewear and 10 concentrated bottles of hand sanitiser to a hospital about 110km away.

The goal, he said, is to make deliveries to all seven rural hospitals in Virginia defined as critical access hospitals. The flights will become progressively longer. If all goes according to plan, the final flight would take him to Clintwood, in far southwest Virginia.

Kim’s flight instructor, Dave Powell, said he was blown away when his student first proposed the project, especially since he knew how disappointed T. J. had been with the cancellation of lacrosse.

“For T. J. to be more concerned with the needs of others in his melancholy state just reaffirmed to me how amazing this young man is,” Powell said.

Teen fires up 3D printer to make supplies for hospitals

T. J.’s father, Thomas, has helped round up supplies – the hardest part of the operation, according to his son. It was Thomas who bought T. J. a flying lesson for his 15th birthday, and the teen in love with the sky.

“After I landed, all I could think about was going back up,” said, T. J., who hopes to attend the Naval Academy and ultimately become a pilot.

Indeed, his flying is further along than his driving. His preference for being airborne over being on the road is clear.

“It’s a lot more free,” he said. “When you’re driving, you have to be in your lane, watch your blind spot and everything.”

Thomas Kim said he was glad to see his son channel his initial disappointment at losing his sports season into something positive – “something that combines serving the community and his love of flying”.