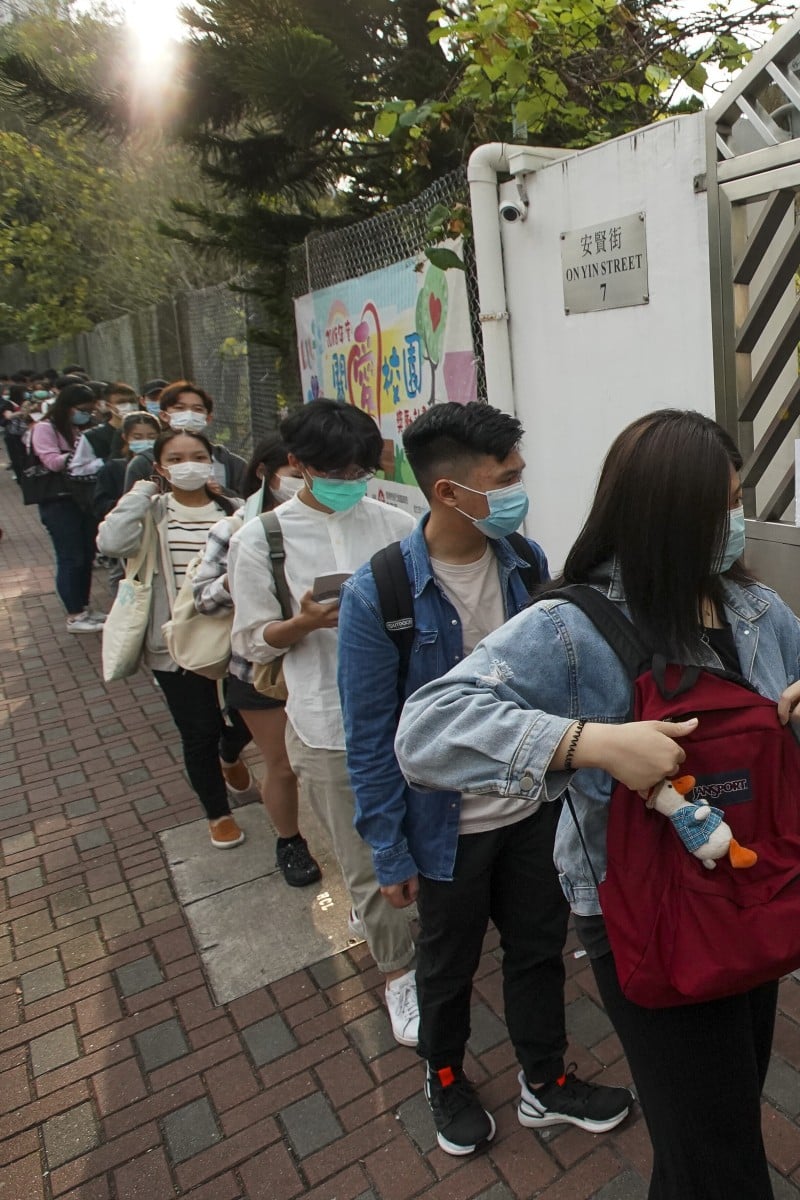 HKDSE 2020: Students and teachers split over difficulty of Physics exam HKDSE candidates had split opinions on the physics exam this year, with no clear consensus on the level of difficulty for the science paper.

Nester Chik, 18, from Sing Yin Secondary School, said he felt confident after the exam, saying both the multiple choice and long questions of Paper 1 were of “average difficulty” and described Paper 2 as “normal”.

“One standout question was Q8 in Paper 1B, which gave us a complicated circuit diagram,” he said. “Some of my classmates said they just gave up completely.”

King’s Glory Education’s Dom Chan minced no words and called the paper very difficult. “Paper 1 would be an eight or nine out of ten, just like the 2015 paper,” he said, but he also added students might be stronger than he expected because of the extra month to revise due to the delay in exams.

Chan said there were many questions that crossed over Physics topics, increasing the level of difficulty.

For example, Q2 [a question about steam catapults used to launch jet fighters from aircraft carriers] combined gas and force, while Q6 asked students about an unfamiliar experimental procedure to measure the speed of sound. “It’s rare to see combined questions like this in Physics; it’s more of a Chemistry style of question.”

“Q9 uses old concepts, but packages them as a new question. It’s really just an electric motor question,” he said. “But Q8 is a never-before-seen style and complexity of circuit diagram. It would be time consuming to do and it is normal to be unable to answer it. Students actually shouldn’t worry too much about it.”

The multiple choice questions were also deceptively simple, with some traps requiring a second look, even for him.

Paper 2, meanwhile, was ‘reasonable’.“If they prepared well, they should do fine,” he said, adding that the different topics were quite balanced.

Wong Yiu-fai, Physics teacher and vice principal at Cheung Sha Wan Catholic Secondary School, believed the exam was very well-written and catered to all levels of student abilities. “You can see a good range of topics and difficulty levels.”

According to Wong , the MC questions were quite typical and mainstream, with nothing too hard or tricky, an opinion echoed by his students.

“However, the long questions were very detailled,” said Wong. “Each question had parts for average students to answer and for brighter students to think about and argue over after the exam. Out of the 80 marks, around 10 would be where the students would really be tested.”

He also noted the difficult Q2, rarely seen Q6 and complicated Q8, but elaborated on Q7, which covered optic fibres. “Part A asked familiar things, but Part B asked students why a signal would be distorted and immediately asked them to assume the obvious answer,” he said. “I had to stop and think about the answer. I’m sure most teaching doesn’t go into that much depth and level of detail.”

“Q8 only looks scary; it was actually easier that it could have been,” he said, acknowledging that students might have been intimidated by the complex diagram. “In books, they have diagrams drawn neatly and in good order. This is a practical diagram you might see used for a real appliance.”