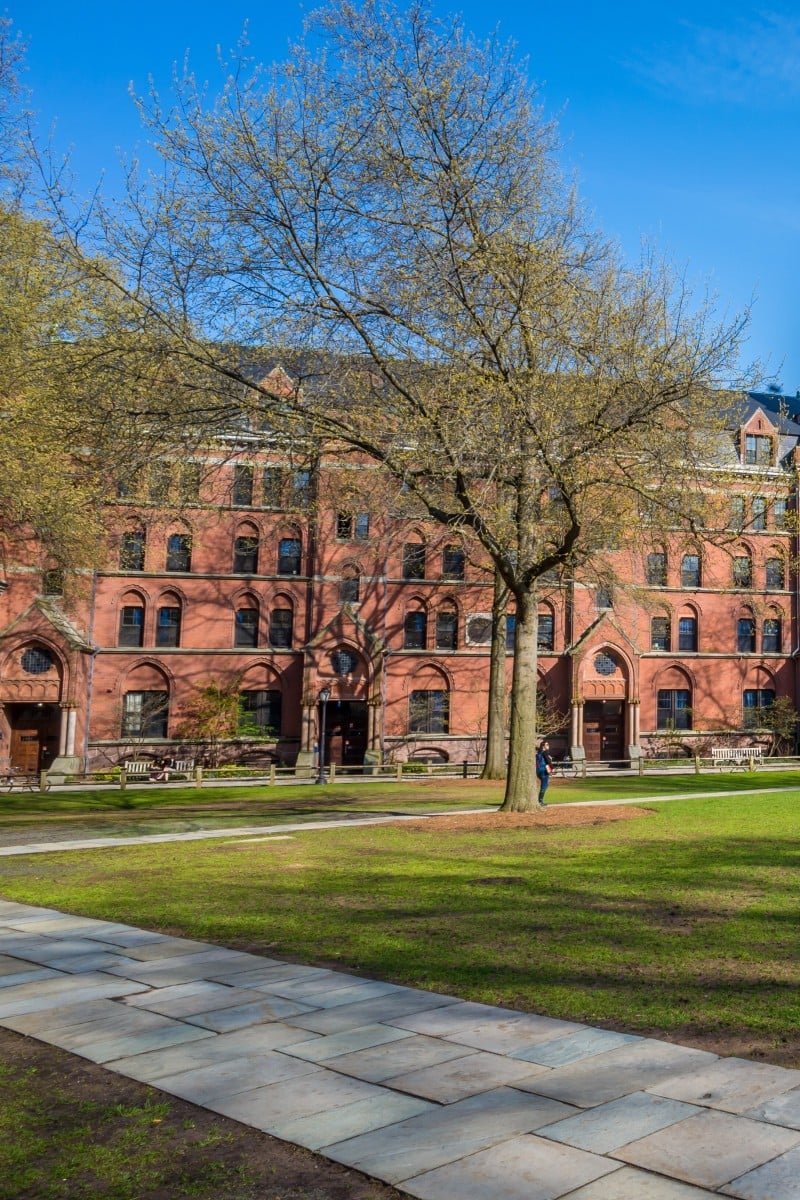 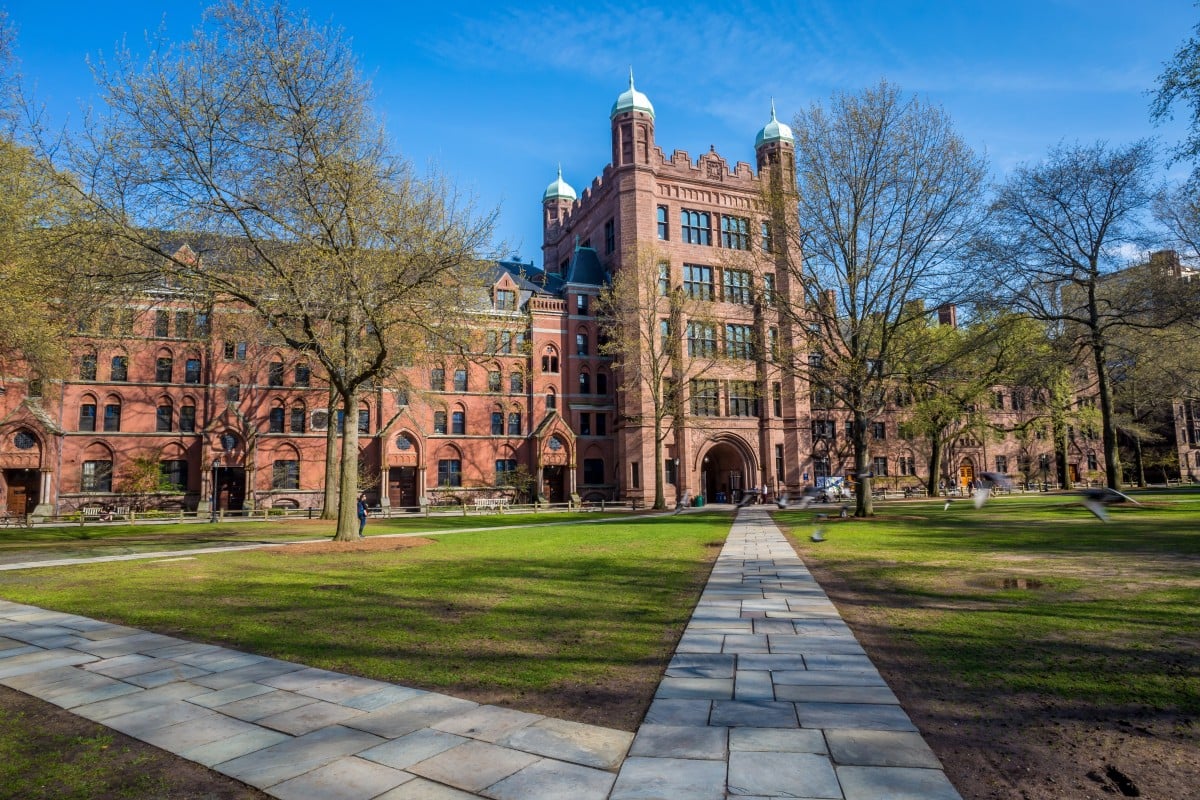 18-year-old Craig McFarland was accepted into a total of 8 Ivy League schools, like Yale, with a few of them offering full tuition.

It was early on a Friday afternoon, and Craig McFarland had a big decision to make in the next couple of days.

“Right now it’s a three-way tie,” he said, “between Yale, Harvard and Stanford.”

Craig,18, who had the highest grades in his graduating class at his school, Stanton College Preparatory School in Jacksonville, in the US state of Florida, has been accepted by all the Ivy League universities, a group of eight colleges widely considered the best in the US, known for their academic and social prestige.

Yale said yes first, and then so did the others: Harvard, Columbia, Brown, Cornell, Dartmouth, Princeton, and the University of Pennsylvania. He was accepted into other prestigious schools as well, and set one non-Ivy, Stanford University, on his top-three list.

Craig has full-ride offers – which cover the entire cost of university – from all of the top three, along with private scholarships he won while studying the International Baccalaureate (IB) programme. He graduated with a weighted 4.98 GPA (grade point average, a measure of a student’s performance for all courses) which, said, he had been told was the highest anyone had ever scored at the school.

The path he took through secondary school was clearly remarkable, but so is the story of his young life.

In brief: Craig is the middle of three children raised by Donabel Santiago, an immigrant from the Philippines. His father, he says, wasn’t around much.

Stanton College Prep senior Craig McFarland was accepted to all eight Ivy League schools and a number of other top universities. [Provided by Craig McFarland]

He has had to do much of his academic work on his own, as his mother was taking university courses when he was younger. She has spent the past six years commuting long hours for a job as a registered cardiac stenographer.

His family never had much money, so he took a part-time job as a tutor to pay for the clubs and activities he wanted to do.

His family has moved about 12 times around Jacksonville. Even making one move, as a kid, can be tough, he says. Now try a dozen.

Craig is half-Filipino, half-black, and says that at times he has felt rejected by people of both races. He has heard racist slurs, repeatedly.

He has been to the Philippines twice, once at age four and again in 2018. But in the United States, he has never travelled outside Florida – so he is trying to pick a university without ever once setting foot on its campus.

Craig says both his background and his academic achievement got the attention of university admission officers.

“I’ve taken 48 different courses throughout high school, and you’re only required to take 24,” he said.

“I’ve won so many first-place awards, all these academic accolades. But what truly differentiated me was how I was able to present myself as a person, through my story.”

This teen figure skating sensation lives by a quote from Spiderman

He said he had a “mixed relationship” with Stanton, a prestigious school that often shows up towards the top of school rankings. He found many students were competitive, always talking about test scores and homework.

“Everything revolves around who they are as students, where I’m more concerned about how was your day, what movies do you like, what kind of music do you listen to?”

Craig admits right away that he is proud of his academic achievements, the clubs and academic teams he led, his time on the track and field team.

But he is also really happy he was voted by the school’s students as its homecoming prince against some tough competition.

“Winning homecoming prince, it’s a matter of how much people like you,” he said. “It’s a better measure of who you are as a person.”

Stephanie Szymczyk, a school counsellor at Stanton, raves about Craig, the person. “I want people to know how humble Craig is,” she said. “I have never met a young man as humble and kind and sunny and down-to-earth as Craig is.”

Craig would often come to her office and help other students figure how to boost their GPAs. He would help them with homework and personal problems. The two of them went to IB classes to lead discussions on the university admission process. Students were much more attentive when he was there.

Szymczyk thinks she knows a little of what motivates the star pupil.

“The uncertainty of his life day to day never stopped him from trying to make something certain,” she said. “He made school his stable place, his place of just exploring different things.”

The teen helping kids in India learn online during Covid-19

Definitely not a stunt

She watched him do most of the university application process by himself. And trying to get into all the Ivys? That was not a stunt, she said. He researched every university and explained why each had a different appeal to him.

“He did it because he really found a passion and a reason to attend every one of them,” she said. “He likes options because he has never had many.”

At university, Craig is thinking of studying law or medicine, perhaps a double major in biochemistry and linguistics.

One Hongkonger makes life easier for people with Parkinson’s

After all, why should someone with so many interests get pigeonholed? “I’m super passionate about women’s rights, LGBT rights, social progress,” he said.

Craig said he was looking for a university that would let him pursue his passions, where he and the school would be a good fit.

“When you’re passionate about something, it’s easy to do well in it,” he said. “Passion fuels motivation, and if you have an endless supply of motivation, you’re not going to feel burned out.”

On Saturday evening he finally made the decision as to where he was going to take that motivation: Yale, Class of 2024.