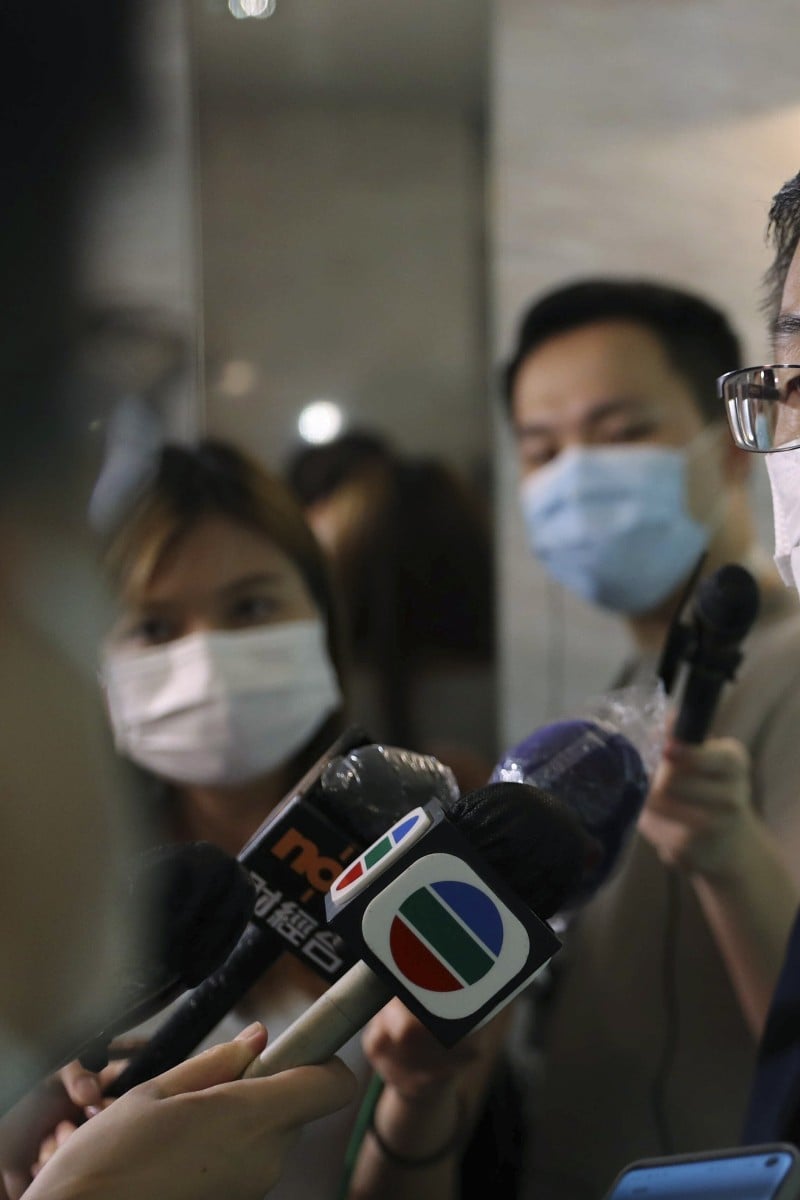 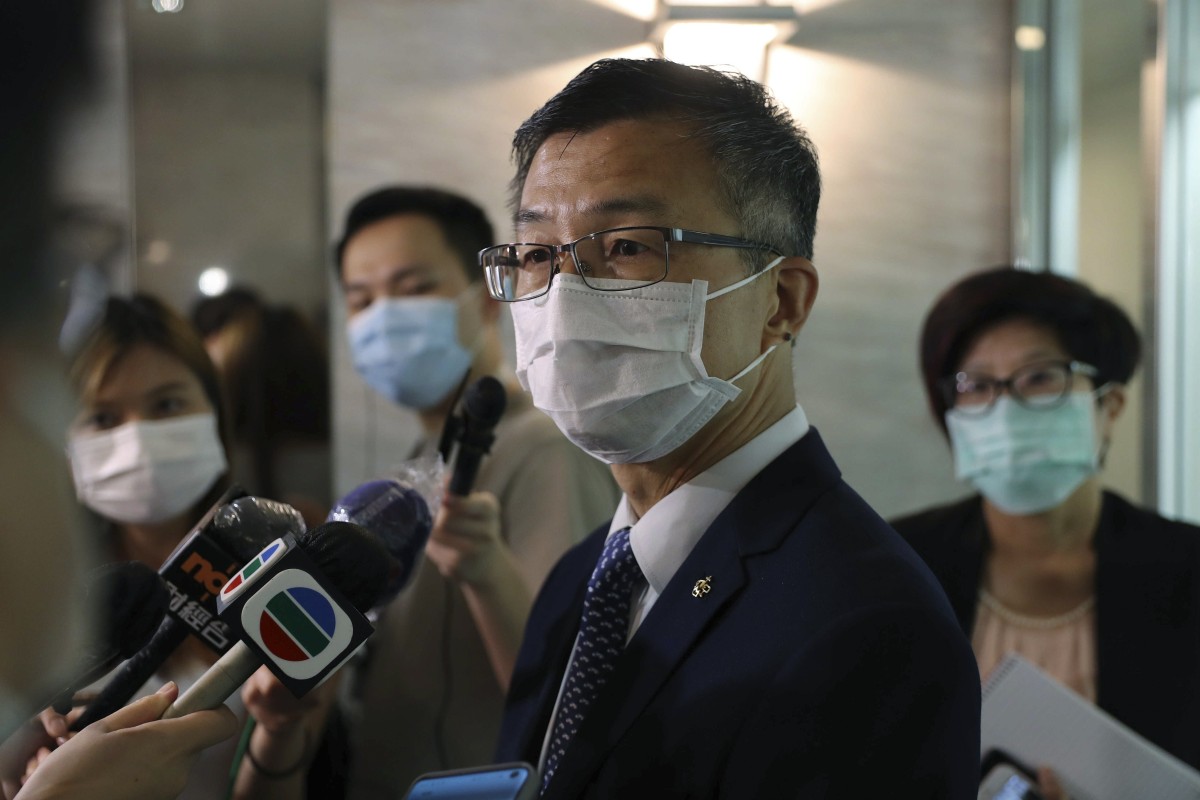 Secretary General of Hong Kong Examinations and Assessment Authority (HKEAA) So Kwok-sang meets the media at HKEAA in Wan Chai.

The debate over a DSE history exam question continues to rage on. The controversial question asked students to analyse the benefits and drawbacks Japan brought to China in the first half of the 20th century. This is widely viewed as a reference to the Japanese invasion of China during the second world war.

In a statement on Monday, the Hong Kong Examinations and Assessment Authority (HKEAA) said it would fully cooperate with the Education Bureau (EDB) in reviewing the exam writing process.

But the authority also said the cancellation of the question would need to be discussed in detail due to “many factors”.

It did not give any timetable for a decision, only saying it would be announced “as soon as possible”.

This was quickly followed by the EDB saying the chief executive has the power to give orders to the exam body, in line with the Hong Kong Examinations and Assessment Authority Ordinance, as long as it is in the public interest.

Chief Executive Carrie Lam Cheng Yuet-ngor said government action is not political interference, but rather taking steps to correct a professional mistake. The government will “defend the quality of education”, she added. Lam did not rule out issuing an order to the HKEAA - such as possibly cancelling the question - “to protect students”.

HKEAA chairman So Kwok-sang said that no decision has been made yet in regards to the question, while acknowledging the authority will obey the law when it comes to orders given by the city’s leader.

Adrian Choi, 18, who took the history exam, said the question is a typical DSE pros and cons analysis.

“The reforms and revolutions in China before the 30s is part of the syllabus,” he said. “Japan helping Sun Yat-sen during the revolution and giving other aid during the warlord era is as much of a historical fact as the damage done and lives lost caused by the Japanese invasion of China. Saying the lives lost outweighs the political change is one way to answer the question.”

“Political interference into a historical topic affects both academic freedom [in Hong Kong] and the credibility of the DSE exam itself.”

He also pointed out that it would be unfair to cancel the question, as each student had to make best use of every second during the exam. “It isn’t a multiple choice question,” he said, adding it was worth eight points and he spent exactly 17 minutes on it. “The exams are done in a rush. How to plan and use our time is part of what we were taught.”

Johannah Naynay, 17, another exam candidate, agreed, saying it was a typical DSE question. Johannah said she and her friends were surprised by the controversy. “The exam materials did seem one-sided about the benefits, but we are supposed to use our own judgement and analyse it objectively. Most students should be prepared for this type of question.”

She also rejected the idea of cancelling the question, saying it “seems unfair” to students who studied for that section. “I’m confident I gave a comprehensive answer,” she said.

A student group called Hong Kong Secondary Students’ Action Platform has gathered 60,000 signatures in a petition to keep the question, 1,281 of which were from candidates sitting this year’s history exam and 954 from teachers. The group also said they may take legal action against a decision to cancel the question.

The question has been widely attacked, with Chinese state media saying “if the exam question is not struck out, the “rage of all Chinese sons and daughters will not be able to be settled”.