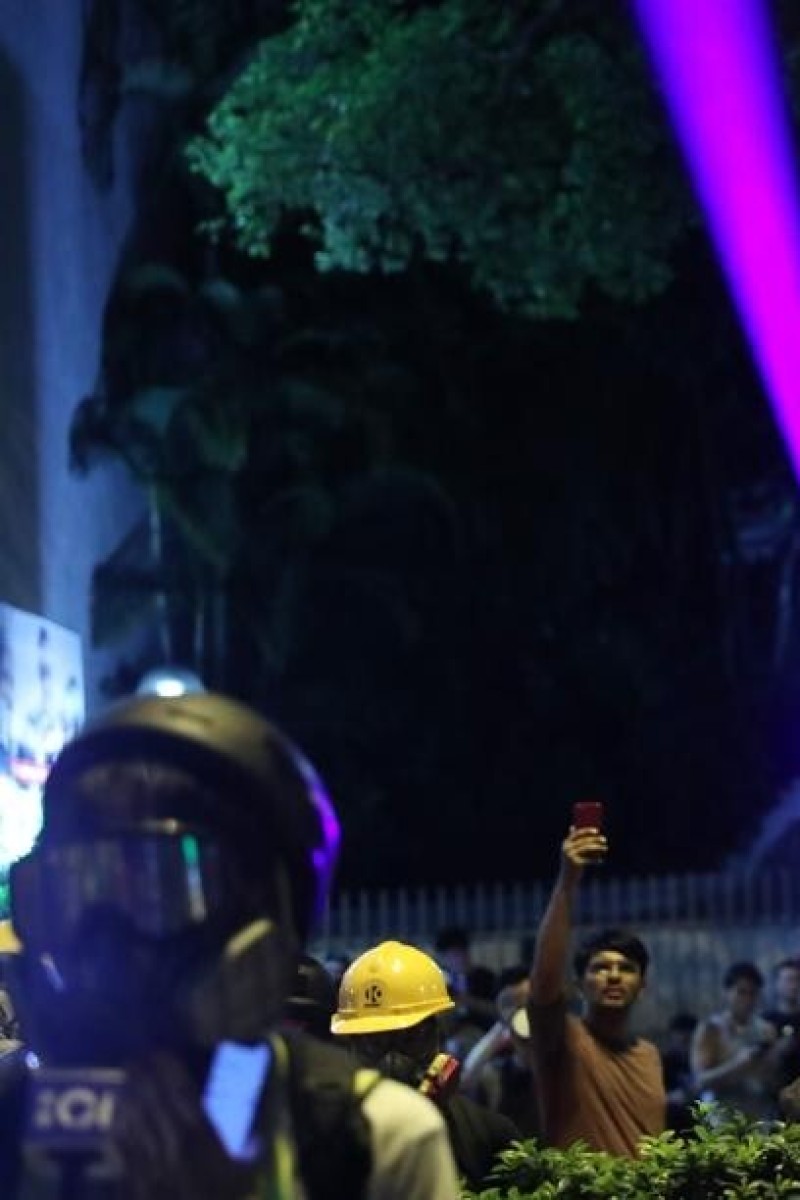 An anti-government protester shines a laser pointer at police in Tsim Sha Tsui in August.

The first Hong Kong protester found guilty of carrying a laser pointer as an offensive weapon during last year’s civil unrest has lost his appeal and failed to clear his name.

On Wednesday, Madam Justice Maggie Poon Man-kay dismissed the 16-year-old boy’s appeal against his conviction after concluding the lower court was right to characterise his laser device and umbrella as offensive weapons.

Demonstrators regularly used both items against police officers during the anti-government protests.

The High Court heard the boy, whose identity was withheld because he was underage at the time of arrest, was stopped by police during a protest in Tuen Mun on September 21.

Officers found him holding an umbrella with a hiking stick, and carrying a backpack containing protest placards, plastic cables, goggles, protective gear, and a laser pointer capable of emitting green-coloured beams. He was also wearing a face mask.

A government expert observed that his laser device could cause harm if it were pointed at the human eye within a distance of 36m.

Teen given probation for bringing baton to protest

At the time, acting chief magistrate So Wai-tak concluded that the defendant had intended to protest in a non-peaceful manner, considering he was walking along the police line with items he could use for protection in the event of a physical confrontation.

So further observed that the boy was in full protest gear when he had the laser pointer and concluded he must have intended to use it to inflict harm or discomfort upon others.

Pang said the laser pointer could have been used to point at buildings and draw attention as a way of peaceful expression.

He also observed that his client had been cooperative with the police during the investigation, and there was no evidence he had ever used the device.

He further argued that the magistrate had overlooked the possibility that the umbrella and hiking stick were broken, instead of being deliberately modified to harm others.

But Poon found the magistrate was entitled and right to draw those conclusions, especially when the defendant did not testify in his own defence and present evidence that could weaken or counter the prosecution case.

She also found the suggestion of using laser pointers to flash at buildings in peaceful protest a “fanciful notion”.