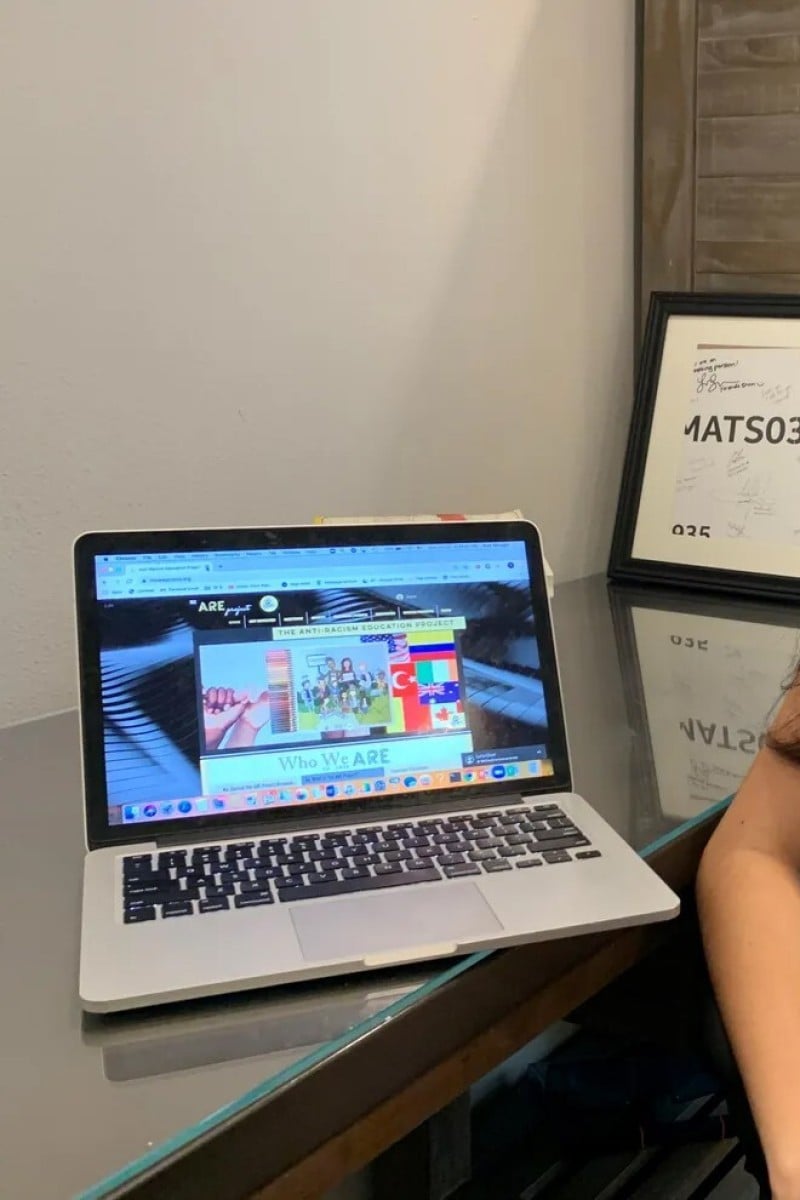 California teen Sasha Ronaghi didn’t expect her anti-racism education club to gain so much attention - but hundreds of people worldwide have signed up. Photo courtesy of Sasha Ronaghi.

Sasha Ronaghi never expected her idea for an anti-racism media club to go viral. In fact, she “thought 15 people would respond” to her Instagram story announcing the project.

But less than five days after the 17-year-old called for participants on May 31, 350 people had signed up. Now, three weeks later, the Anti-Racism Education Project has more than 470 participants and 115 organisers from 38 US states and 16 countries.

Sasha describes the ARE Project as a community “to connect teenagers – young people in high schools and colleges – with resources about raising awareness for the Black community”.

Sasha said the initial idea for the ARE Project came out of her observations in the wake of George Floyd’s murder, and subsequent protests against police brutality and racial inequality. She noticed discussions of racism becoming more prevalent, both online and offline, and wanted to “take part in these conversations and advocate for what I believe in” with knowledge on her side.

“I think as a non-Black person, it is my privilege that I don’t have to think about anti-Blackness 24/7,” Sasha said. “So it was about finding a means to continually educate myself because I don’t feel educated whatsoever.”

Evidently, given the club’s growth, other 14- to 21-year-olds felt the same.

The group plans to create a content list every month, including a movie, podcast, article and short story. The group will then meet to discuss the content and amplify Black voices with a speaker series.

Sasha attributes the immediate success of the club to three factors: the rhetoric of education surrounding conversations on racism, Covid-19 forcing many teens to stay home, and the desire for dialogue.

What is environmental racism and why does it matter?

Zoom meeting coordinator Emmanuel Flores added that the club has grown because the “national spotlight on these issues” of police brutality and racism necessitates it.

“Seeing that this project is here to give a platform for Black artists of all media is really refreshing,” the university student said.

Although the ARE Project was initially her idea, Sasha said “everything that’s come out of this club is 100 per cent what the” other organisers and participants want to do to further the conversation.

“I’m trying to allow everyone to have their own ideas.”

The protests over George Floyd and a guide to #BlackLivesMatter

Some of those ideas are starting a blog and creating a documentary project to complement the existing speaker series and media club.

Sasha hopes that participants will use their new knowledge to “continue to advocate to spread awareness their communities, and to step up in conversations”.

Flores said the growth of the project does go back to those hopes. “A meeting, almost a book club, where people come together just to talk about these issues and also educate themselves on anti-racism and anti-blackness is really refreshing” to teens, he said.