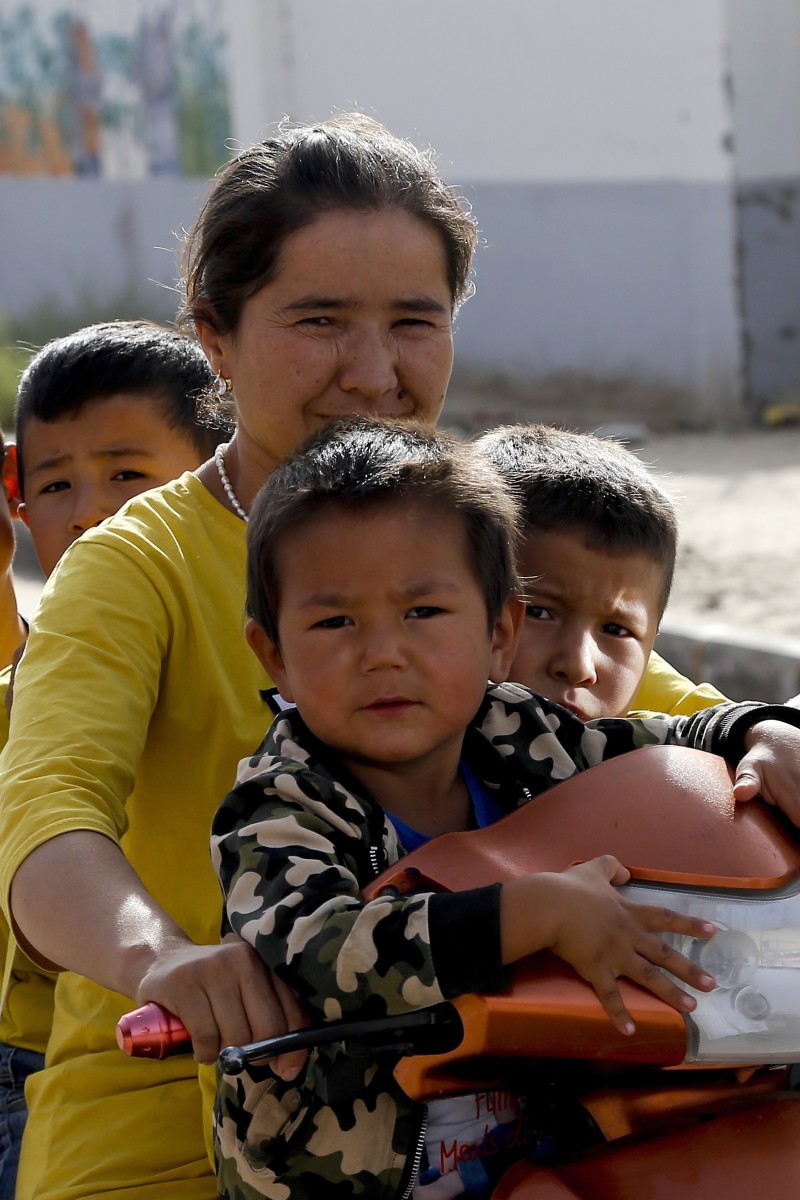 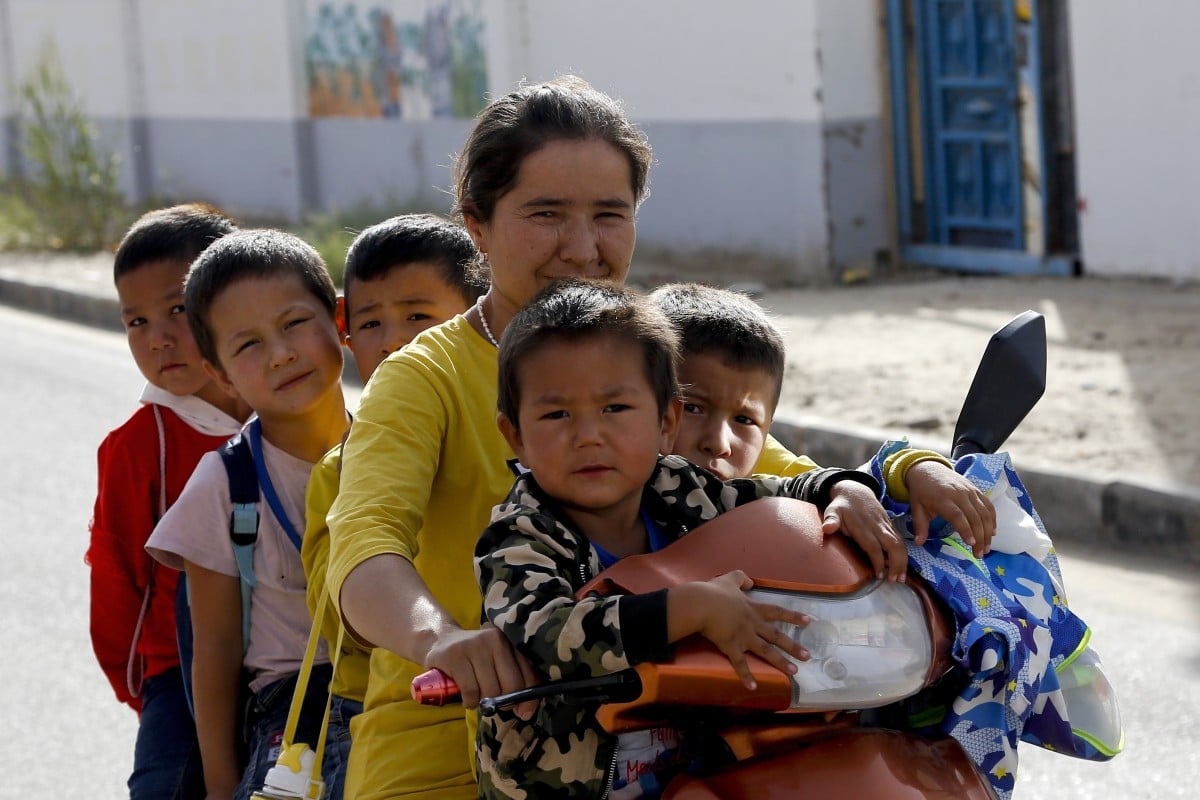 A Uygur woman and children sit on a motor-tricycle after school at the Unity New Village in Hotan. Photo: AP

Once in the detention camps, women are subjected to forced IUDs and what appear to be pregnancy prevention shots, according to former detainees. They are also made to attend lectures on how many children they should have.

Seven former detainees told the AP that they were force-fed birth control pills or injected with fluids, often with no explanation. Many felt dizzy, tired or ill, and women stopped getting their periods. After being released and leaving China, some went to get medical check-ups and found they were sterile.

It’s unclear what former detainees were injected with, but Xinjiang hospital slides obtained by the AP show that pregnancy prevention injections, sometimes with the hormonal medication Depo-Provera, are a common family planning measure. Side effects can include headaches and dizziness.

Dina Nurdybay, a Kazakh woman, was detained in a camp which separated married and unmarried women. The married women were given pregnancy tests, Nurdybay recalled, and forced to have IUDs installed if they had children. She was spared because she was unmarried and childless.

One day in February 2018, one of her cellmates, a Uighur woman, had to give a speech confessing what guards called her “crimes.” When a visiting official peered through the iron bars of their cell, she recited her lines in halting Mandarin.

“I gave birth to too many children,” she said. “It shows I’m uneducated and know little about the law.”

“Do you think it’s fair that Han people are only allowed to have one child?” the official asked, according to Nurdybay. “You ethnic minorities are shameless, wild and uncivilised.”

Indonesian Muslims gather in front of China's embassy in Jakarta to protest against the repression of Uygurs. Photo: DPA

Nurdybay met at least two others in the camps whom she learned were locked up for having too many children. Later, she was transferred to another facility with an orphanage that housed hundreds of children, including those with parents detained for giving birth too many times. The children counted the days until they could see their parents on rare visits.

“They told me they wanted to hug their parents, but they were not allowed,” she said. “They always looked very sad.”

Another former detainee, Tursunay Ziyawudun, said she was injected until she stopped having her period, and kicked repeatedly in the lower stomach during interrogations. She now can’t have children and often doubles over in pain, bleeding from her womb, she said.

Ziyawudun and the 40 other women in her “class” were forced to attend family planning lectures most Wednesdays, where films were screened about impoverished women struggling to feed many children. Married women were rewarded for good behavior with visits from their husbands, along with showers, towels, and two hours in a bedroom. But there was a catch – they had to take birth control pills beforehand.

Some women have even reported forced abortions. Ziyawudun said a “teacher” at her camp told women they would face abortions if found pregnant during gynecology exams.

A woman in another class turned out to be pregnant and disappeared from the camp, she said. She added that two of her cousins who were pregnant got rid of their children on their own because they were so afraid.

Another woman, Gulbakhar Jalilova, confirmed that detainees in her camp were forced to abort their children. She also saw a new mother, still leaking breast milk, who did not know what had happened to her infant. And she met doctors and medical students who were detained for helping Uighurs dodge the system and give birth at home.

In December 2017, on a visit from Kazakhstan back to China, Gulzia Mogdin was taken to a hospital after police found WhatsApp on her phone. A urine sample revealed she was two months pregnant with her third child. Officials told Mogdin she needed to get an abortion and threatened to detain her brother if she didn’t.

Afterwards, she was taken home and told to rest, as they planned to take her to a camp.

Months later, Mogdin made it back to Kazakhstan, where her husband lives.

“That baby was going to be the only baby we had together,” said Mogdin, who had recently remarried.

This is Part 3 in our four-part series.