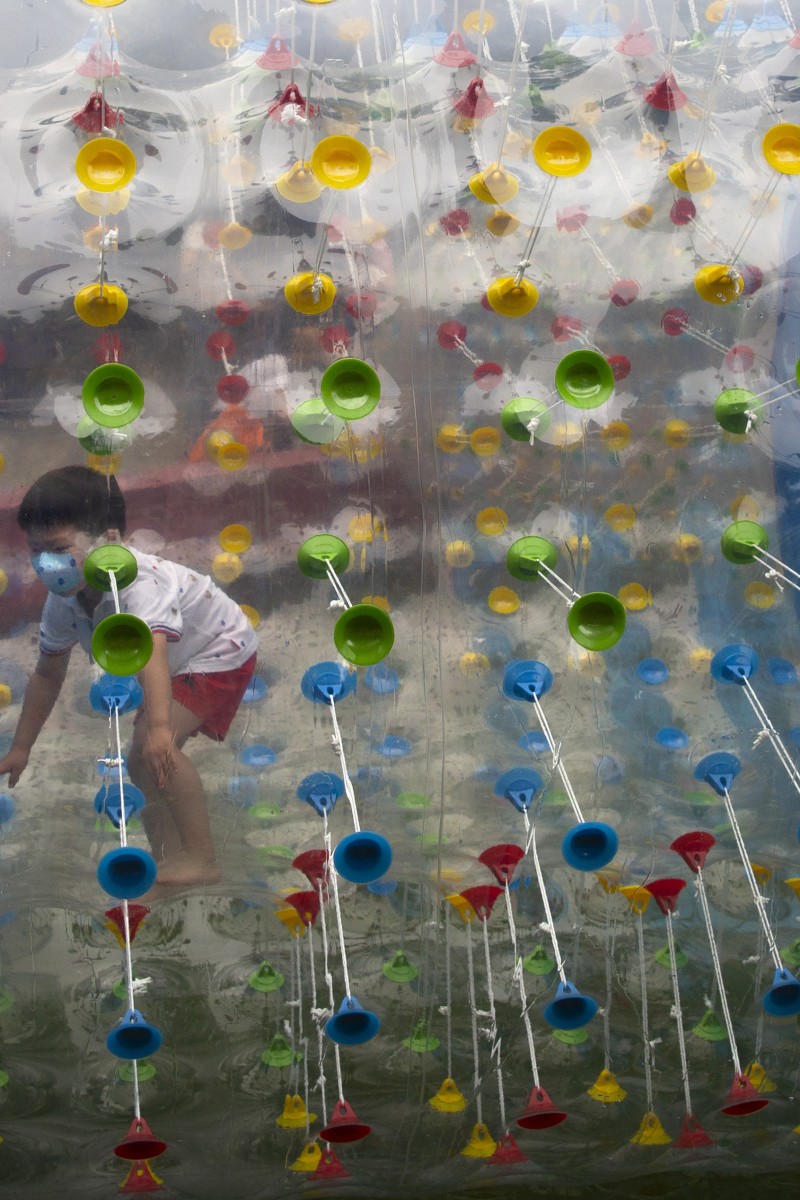 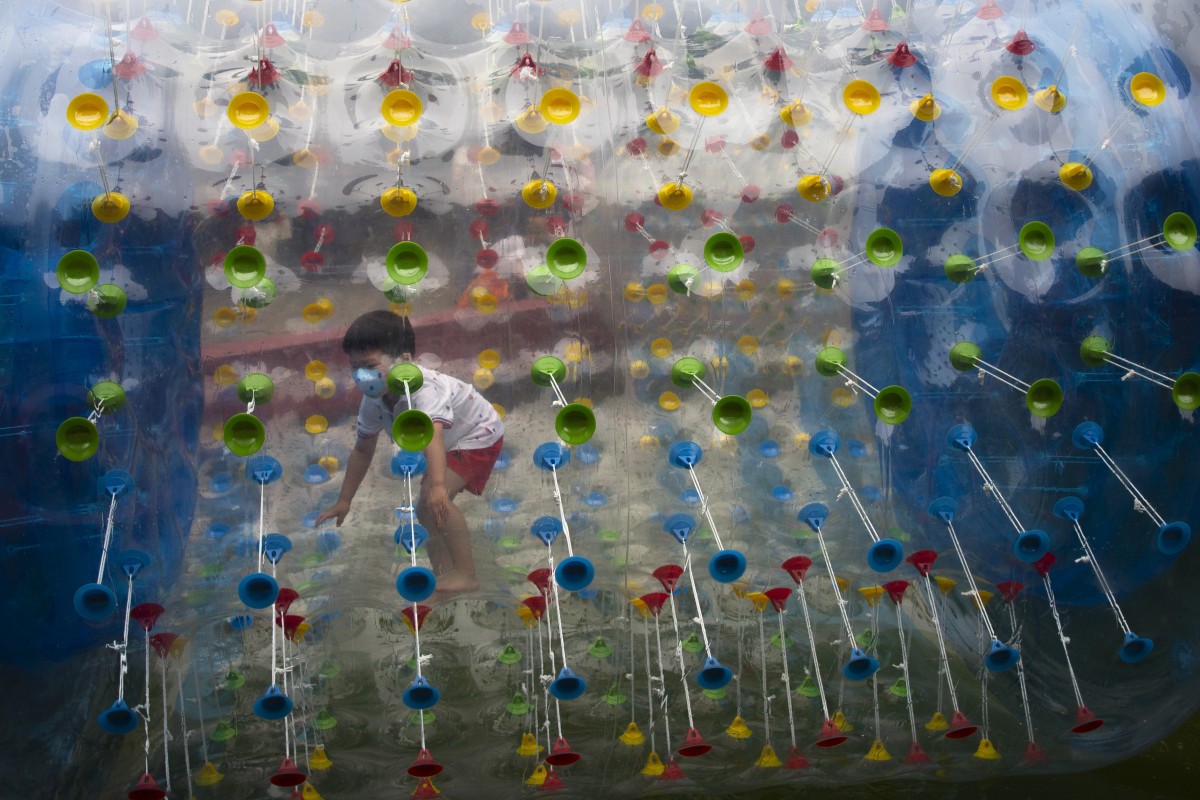 A boy wearing a face mask to protect against the coronavirus plays inside an inflatable tube at a public park in Beijing. Photo: AP

A study by Chinese scientists found that the coronavirus may be producing defective “dummy” particles, causing some people without symptoms to test positive for the pathogen.

About 20 per cent of coronavirus cases are asymptomatic and some researchers are concerned that these “silent spreaders” are sowing seeds for outbreaks around the world.

In one case, a patient in the southwestern Chinese city of Chongqing tested positive throughout a 45-day hospital stay without any sign of illness.

It is not known why some people do not show symptoms but new research suggests that these cases need not be cause for great concern.

In a non-peer-reviewed paper posted in the preprint platform bioRxiv.org on Thursday, researchers led by Professor Li Lanjuan from the State Key Laboratory for Diagnosis and Treatment of infectious Diseases at Zhejiang University found that a cell infected by the virus could release a large number of unknown particles.

The particles had incomplete coronavirus genes and were not encased in protective membranes. Some of them looked smaller than normal viruses and many were irregular in shape.

It was the first time scientists had seen such a particle near a cell infected with the coronavirus, and it was not clear what they were.

Li suspected these were DIPs, or defective interfering particles.

DIPs are inaccurate copies the virus makes as it replicates. The coronavirus stores its genes in single-stranded, relatively loose ribonucleic acid, which is prone to replication errors, such as the loss of protein-related genes.

There was “minor deletion in the genome and massive quantity of the particles”, Li and her collaborators at Tsinghua University in Beijing said in the paper.

These particles could “explain for the asymptomatic infection on the molecular level”.

Some researchers have suggested that symptom-free carriers could be the initial cause of a surge in cases in some countries but there has been no evidence so far of viral reproduction from these cases.

Clockenflap cancelled due to Covid-19

Such concerns prompted the World Health Organisation to withdraw a statement in April that asymptomatic patients were unlikely to spread the virus.

But an epidemiologist at the Chinese Academy of Sciences in Beijing, who was not authorised to speak to the media, said the new research could bolster the WHO’s initial assessment.

“The new discovery may throw the WHO a lifesaver to get out of the hot water,” he said.

The fewer the spike proteins on a coronavirus, the more efficiently the virus can bind with a cell, Chinese researchers have found. Photo: Zhejiang University school of medicineHowever, the epidemiologist also said the study may “have raised more questions than answers”.

That is because the defective particles may also be hitching a ride on a full virus and help with infection after entering a host cell.

In the paper, Li and the team said that a small number of full viruses were detected with the particles. Whether they could lead to some symptoms remained unclear, they said.

The researchers also found evidence that a dominant viral strain circulating in Europe and the United States was more infectious than those in China because it has more spike proteins.

Li, who proposed the lockdown of the central city of Wuhan in late January, also said that on average, each coronavirus had on its envelope 26 spike proteins, which bind with human cells.

That is about a tenth of the number on influenza viruses but roughly the same as HIV, a highly infectious pathogen.

Having fewer spike proteins did not make the novel coronavirus less infectious. Like HIV, it was quite the opposite, according to the study. While the exact number on each virus varied, the fewer the spikes, the more efficiently the virus could bind with a cell, the researchers found.