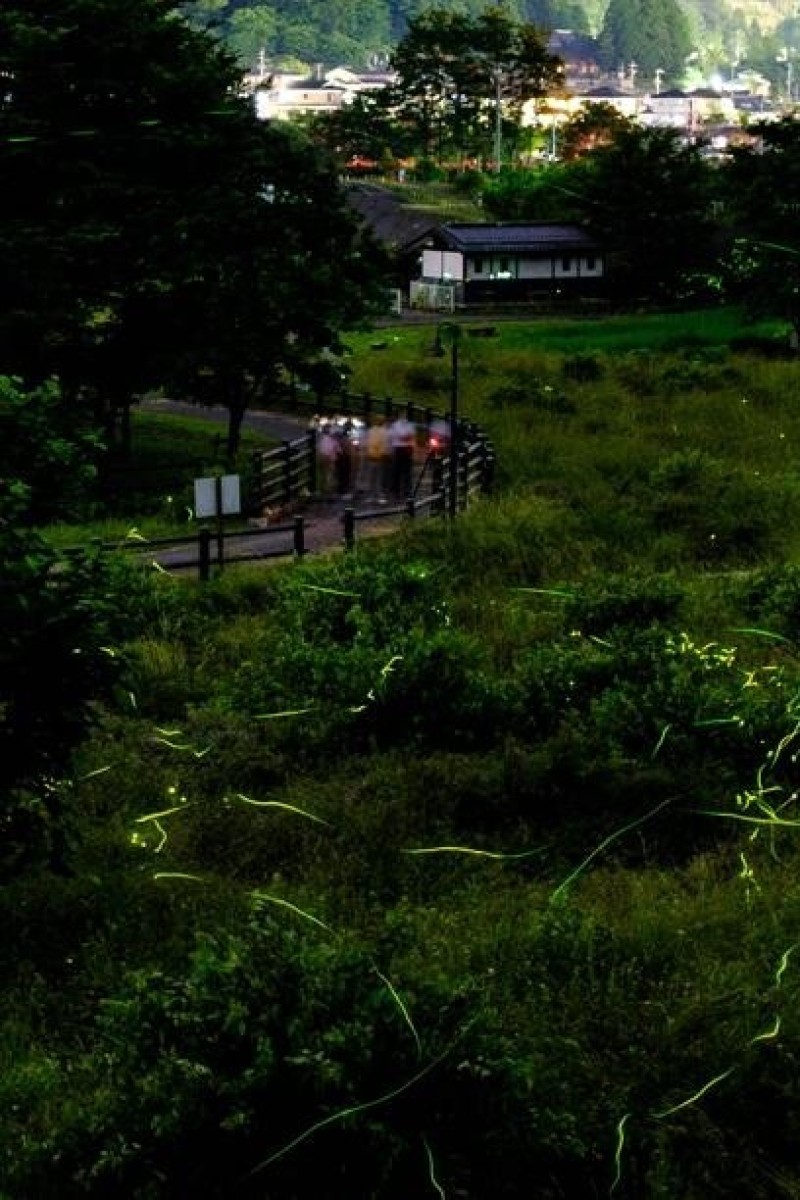 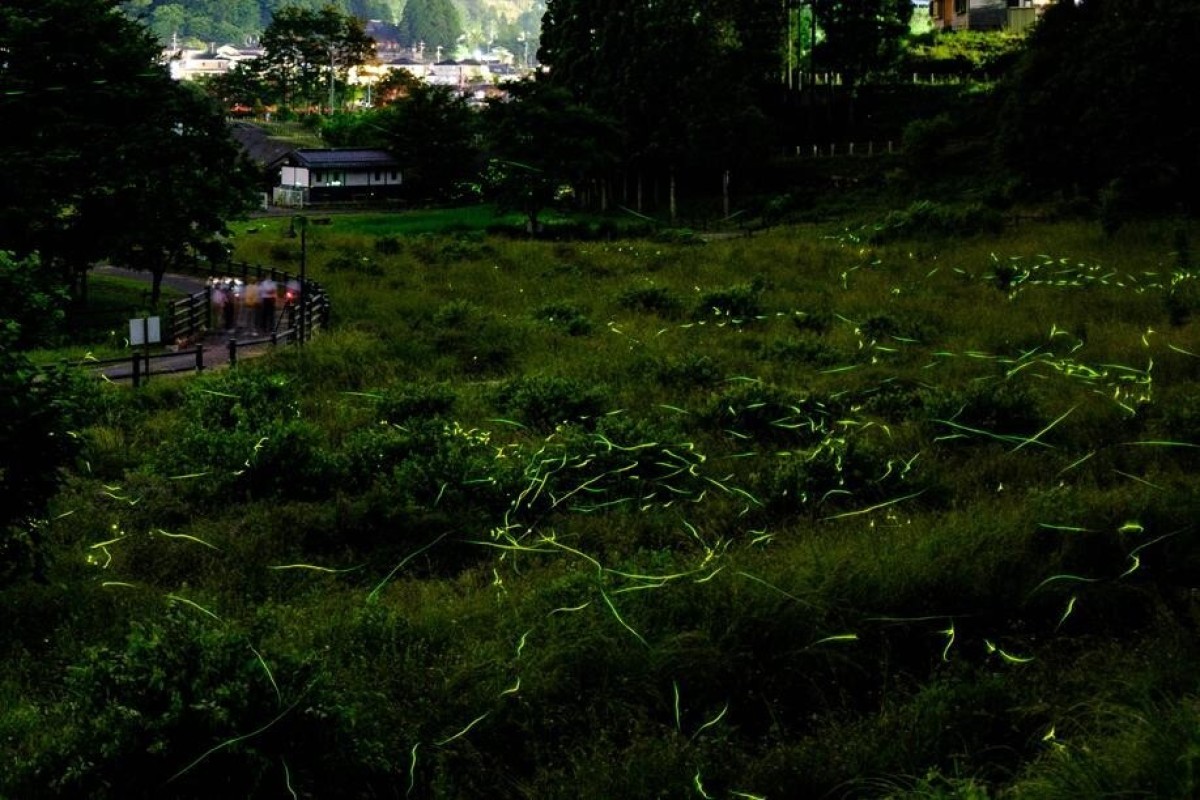 The Tatsuno Firefly Festival, held annually in mid-June, was cancelled this year due to the COVID-19 coronavirus outbreak.

As the sun sets in the Japanese town of Tatsuno, thousands of fireflies begin glowing, producing a spectacle that usually draws crowds of delighted visitors.

But this year, the dance of the glowing insects is being performed without spectators, after coronavirus prevention measures forced organisers of a popular firefly festival to cancel the event.

The decision may have disappointed fans of the brilliant bugs, but it provides an unusually serene atmosphere as the insects blink on and off, appearing to dance through the black night air.

The natural spectacle lasts only 10 days in early summer, and is the final chapter of a firefly’s life.

“The glowing is the courtship behaviour of fireflies. They glow to communicate between the male and the female,” Katsunori Funaki, from the city’s tourism division, says.

“During the short, 10-day period, they find a partner and lay eggs for the next year.”

When conditions are right, with neither rain nor wind, as many as 30,000 fireflies perform their magic during the 10-day period in Tatsuno, a town set on a river in central Nagano prefecture.

“Historical records say a massive number of fireflies were seen along the Tenryu river in the late 19th through early 20th century,” Mayor Yasuo Takei says.

But the creature almost died out in the area as silk production and other industries flourished further upstream, creating pollution.

After the second world war, the town worked hard to restore the environment and protect fireflies, and the insects now attract tens of thousands of visitors during the annual summer firefly festival.

Meat grown in space for the first time

“When we have lots of fireflies, we get a spectacular landscape full of lights, with both stars and glowing fireflies reflected in the water,” Takei says.

Fireflies are often said to be evidence of a pristine natural environment, but the insects only thrive when other conditions are also met.

“To help fireflies, we need to have a snail called ‘kawanina’,” Funaki says.

The town has also created a park complete with ditches to bring in fresh water from the river and waterfalls to produce an oxygen-rich aquatic home for the insects.

The silence of this year’s mating season makes the ritual all the more powerful, says Takei.

“The brief shining of the light is so impressive, making me feel that I also have to live my best,” he says.

Firefly festivals are staged around late June in many parts of Japan, and the glowing courtship ritual has long been celebrated in the country.

“This may be part of Japan’s unique aesthetics, but they are so precious to us because we can only see them for a short period of time,” says Takei.

Festival organiser Tatsuki Komatsu says he felt the insects were “looking for a partner more freely with no humans around” but said he hoped the festival could be held again next year.

“Fireflies are a creature that grows over a year and flies for only 10 days to leave behind the next generation before dying,” he says.

“We want to take care of them so that they will leave eggs for next year and we will once again see fireflies dance wonderfully.”