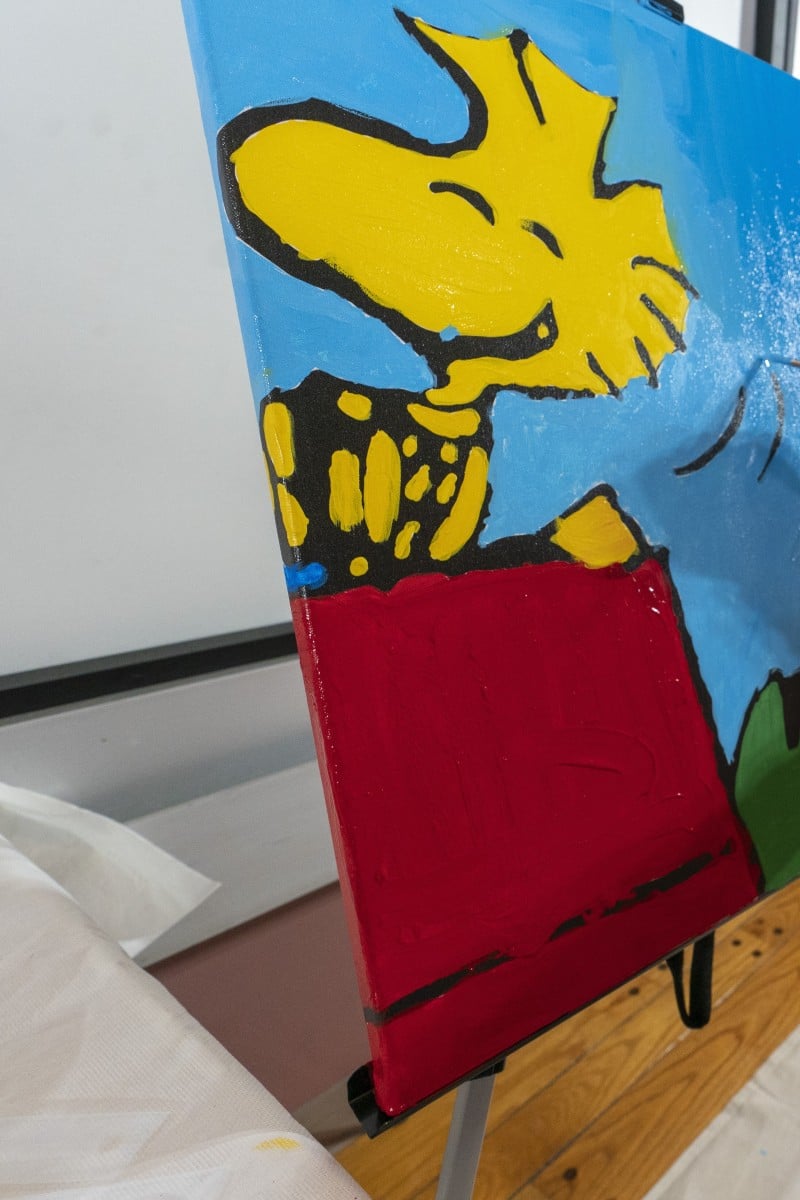 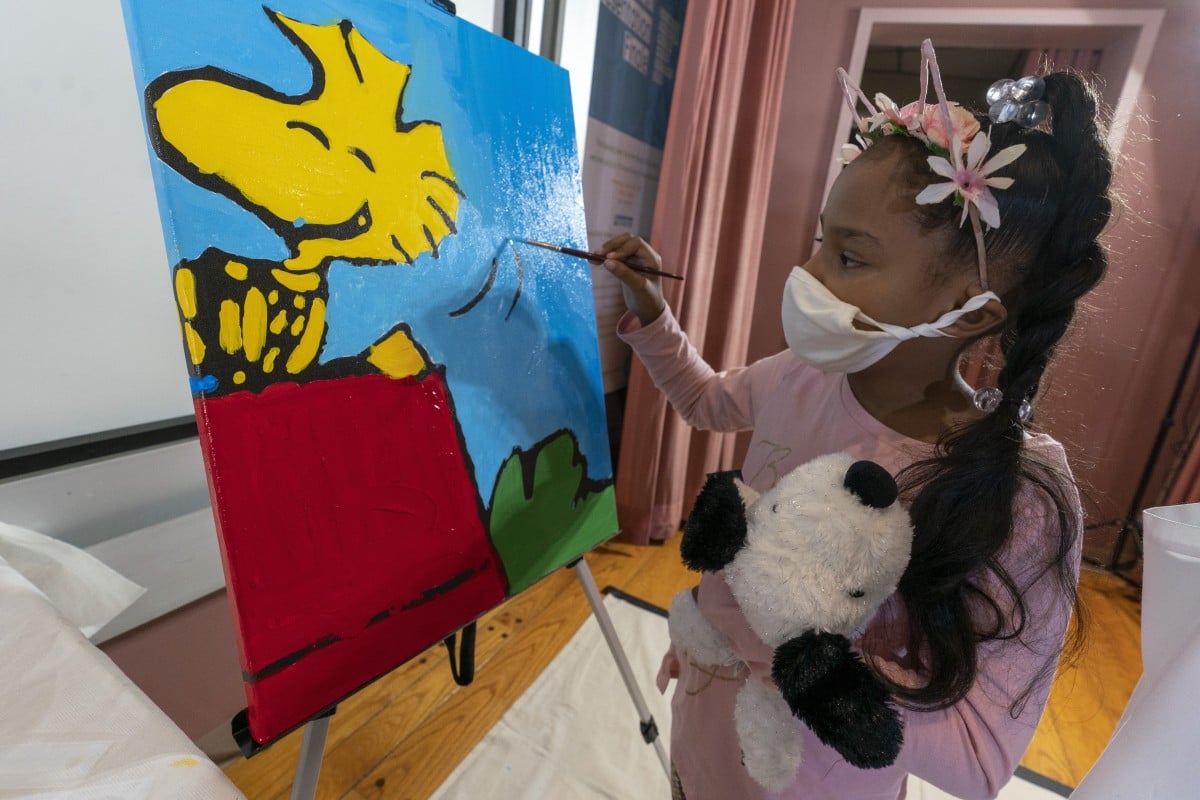 Kaley Williams, 8, paints a panel of a "Peanuts" mural that will be placed in the outpatient pediatric floor of One Brooklyn Health at Brookdale Hospital. Photo: AP

The virus pandemic won’t stop Charlie Brown, Snoopy or the “Peanuts” gang from marking an important milestone, and they’re hoping to raise the spirits of sick kids while they celebrate.

The beloved comic celebrates its 70th anniversary this week with new lesson plans, the announcement of a new TV show and a philanthropic push that includes donating “Peanuts” murals for kids to paint in 70 children’s hospitals around the globe, from Brooklyn to Brazil.

“When kids see the familiar face of Snoopy, they feel like they are at home watching the cartoon,“ said Dr. Kusum Viswanathan, who heads the pediatrics department at Brookdale University Hospital Medical Centre in New York. ”I think it’ll really help in positive coping and distraction. It makes the environment very comfortable, as opposed to being very stiff and professional.”

The murals have been sent to participating hospitals in six pieces, along with smocks, brushes and paints in 13 colors. Children and hospital staffers are encouraged to paint the easy-to-follow templates, a diversion that gains even more importance during coronavirus restrictions.

The initiative is being welcomed at the CHOC Children’s Hospital in Orange, California, where the virus pandemic has shut down the playrooms and cut back on starry, well-wishing visitors, like baseball star Mike Trout.

“There’s really nothing to look forward to so I thought even just painting something like this at bedside is going to really truly mean something, especially during this time,” said Amber Chavez, the special programs coordinator.

The finished murals show an image of Snoopy and Woodstock sharing a laugh atop his red doghouse. It’s co-sponsored by Peanuts Worldwide and the Foundation for Hospital Art. They hope the custom murals will bring a smile to worried families.

“Art is always very therapeutic,” Viswanathan said. “Any child who comes — even if a child comes for a regular check-up — it’s always a slightly scary event and I think it helps patients feel a sense of normalcy.”

Kerrin McCarthy, 14 , paints a panel of a "Peanuts" mural that will be placed in the outpatient pediatric floor of One Brooklyn Health at Brookdale Hospital. Photo: AP

Jeannie Schulz, the widow of the comic strip’s creator, Charles Schulz, who died in 2000, said the initiative hopes to lower the fear level in hospitals: “If you can have a little bit of levity — a little smile — we know that lowers your blood pressure. It’s almost as good as patting a dog.”

Other initiatives launching to celebrate the “Peanuts” anniversary include an animated video campaign on social media urging viewers to be kind to each other, Earth and themselves. There’s also a new Apple TV+ animated show debuting in February called “The Snoopy Show.”

“Peanuts” made its debut Oct. 2, 1950. The travails of the “little round-headed kid” Charlie Brown and his pals eventually ran in more than 2,600 newspapers, reaching millions of readers in 75 countries.

The 1965 CBS special “A Charlie Brown Christmas” won an Emmy and rerun immortality, and many other specials followed. There was a hit stage musical, “You’re a Good Man, Charlie Brown.” The characters also appeared on sheets, stationery, amusement park attractions and countless other products. Apple TV+ debuted “Snoopy in Space” in 2019.

The hospital administrators say that “Peanuts” teaches children that the world is big enough for everybody, appreciate the small things and embrace friendships. Those lessons, they say, fit with their mission.

“It teaches about kindness and friendship,“ Viswanathan said. ”It teaches our children that life has challenges but with support from friends, you can solve problems. I think it teaches them not to give up.”