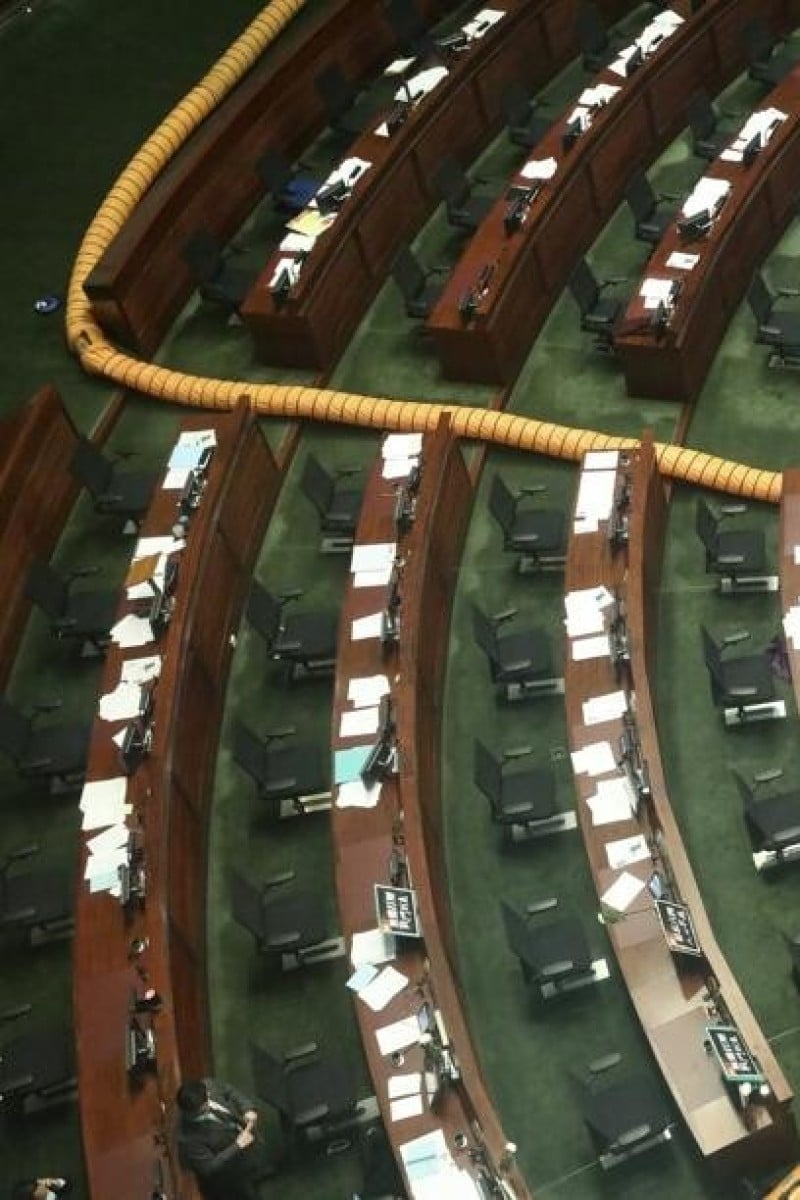 A ventilation pipe had to be placed in the walkways of the main chamber of Legco after opposition lawmakers Ted Hui Chi-fun, Raymond Chan Chi-chuen and Eddie Chu Hoi-dick brought a foul-smelling liquid into the room.

Former opposition lawmakers Ted Hui Chi-fung, Raymond Chan Chi-chuen, and Eddie Chu Hoi-dick were arrested on Wednesday morning over their attempts to disrupt the passage of the national anthem bill in May and June.

Hui was arrested on suspicion of violating the Powers and Privileges Ordinance after bringing “foul-smelling liquid” into the Legislative Council on May 28 and June 4, according to a post on his Facebook page. He was taken to Western District Police Station.

In separate Facebook posts, Chan and Chu also said they had been arrested for bringing smelly liquid into the Legco chamber on June 4. Chan’s post said he was being taken to North Point Police Station.

A police source said three men, aged between 36 and 48, had been arrested on suspicion of violating the law, which among other things governs behaviour in council meetings, and attempting to injure a person.

Emergency services were called to the Legco chamber during the session on May 28 when lawmakers were set to debate the national anthem law, which would criminalise insulting March of the Volunteers.

During the incident, Hui dropped a container of rotten plants and attempted to kick it at Legco president Andrew Leung Kwan-yuen.

The three again attempted to disrupt the passage of the bill on June 4, using a stinky brown liquid, but were all kicked out. The bill passed during that session, and the trio were later ordered to pay for damages costing up to HK$252,000.