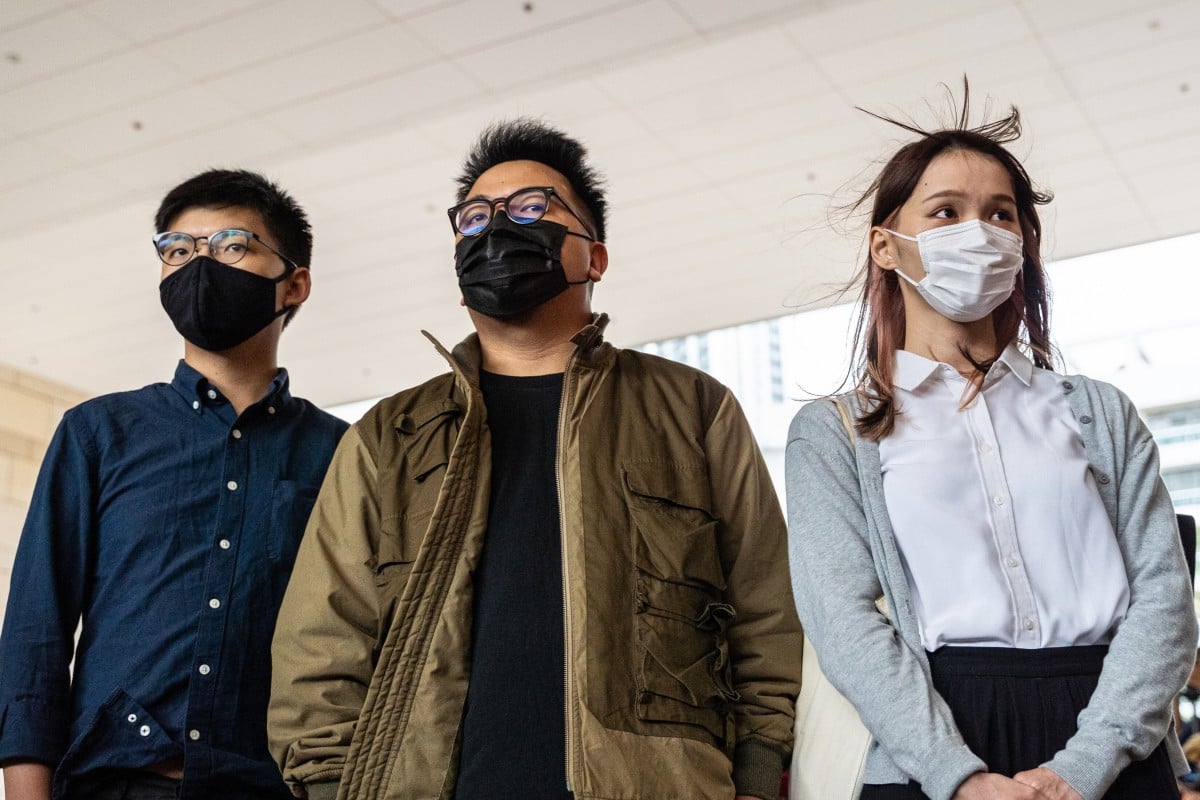 Three political activists have been sent to jail while they await sentencing for changes connected to the siege of police headquarters in Hong Kong on June 21 last year. They appeared in the West Kowloon Magistrate’s Court on Monday morning.

All three belonged to the now defunct pro-democracy group, Demosisto. Joshua Wong Chi-fung, 24, who was secretary general of the group, had previously pleaded not guilty to organising the protests and inciting others to take part, changed his plea at the last minute. So did Ivan Lam Long-yin, 25, who had been charged with incitement.

Demosisto co-founder Agnes Chow Ting, 23, who gave up British citizenship to fight for democracy, had already pleaded guilty to charges of incitement and taking part in unlawful assembly.

“Perhaps the authorities wish me to stay in prison,” said Wong before his appearance, “but I am persuaded that neither the prison bars nor the election bans, nor any other arbitrary powers would stop us from activism.

What we are doing now is to explain the value of freedom to the world," said Wong.

Wong denied knowingly taking part in an unauthorised assembly, and the prosecution did not offer any evidence on this matter, effectively dropping the charge.

Magistrate Wong Sze-lai remanded the trio into custody until December 2, when they will be sentenced.