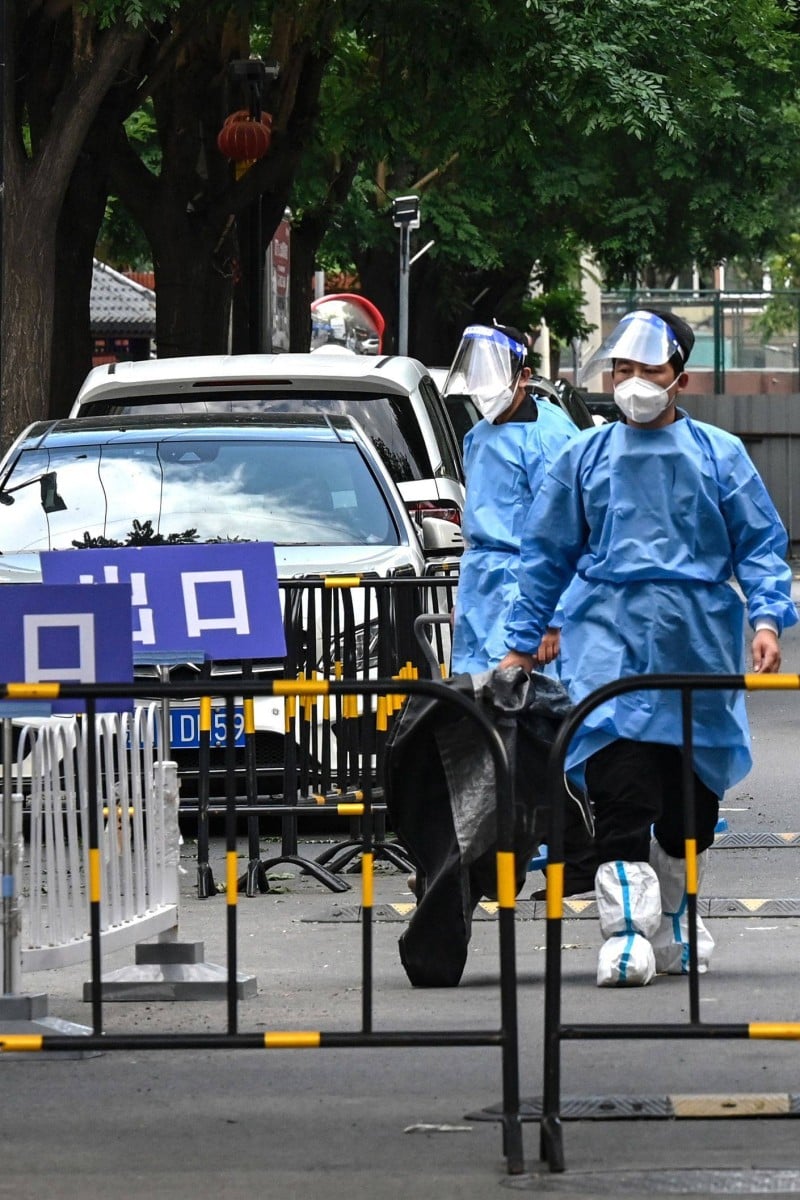 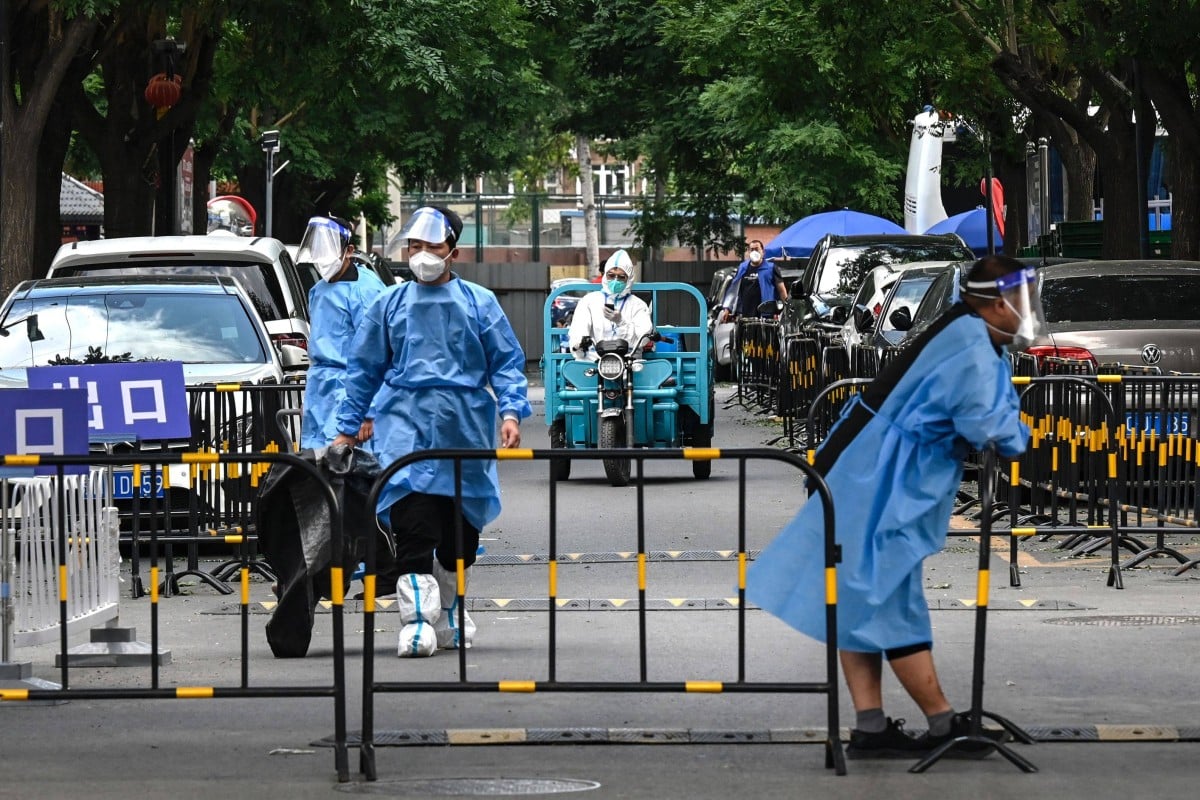 Workers and security guards in protective gear outside a locked down residential estate in Beijing. Photo: AFP

Alan Li no longer sees any future for his family in China after harsh Covid rules decimated his business, upended his son’s education and left his country out of step with the rest of the world.

He has given up hope of a return to normal after months of lockdowns in Shanghai, and now plans to close his firm and move to Hungary, where he sees better opportunities and his 13-year-old son can attend an international school.

“Our losses this year mean that it’s over for us,” he told Agence France-Presse wearily, asking to withhold his real name. “We have been using our own cash savings to pay 400 workers (during the lockdown). What if it happens again this winter?”

Shanghai’s long shutdown, which brought food shortages and protests, has driven some to reconsider staying in a country where livelihoods and lifestyles can vanish at the whim of the state.

Schools have been closed and exams called off, including assessments for applying to American universities.

Li is frustrated that his son’s expensive bilingual schooling has been mostly online for two years, and he is anxious about the way Beijing has tightened oversight of the curriculum. “This is a waste of our children’s youth,” Li said.

A worker wearing personal protective equipment stands behind a fence in a residential area under Covid-19 lockdown in the Huangpu district of Shanghai, China on June 13. Photo: AFP via Getty Images/TNS

Being fairly well off, he has been able to take advantage of a European investment scheme that grants him and his family residency in Budapest. “Many people know that if they sold all their assets they could ‘lie flat’ in a European country,” he said, using a slang phrase meaning to take it easy.

Beijing-based immigration consultant Guo Shize told Agence France-Presse his company has seen an explosion of enquiries since March, including a threefold increase in Shanghai clients.

Even after the lockdown eased, requests continued flooding in at more than double the usual level. “Once that spark has been lit in people’s minds, it doesn’t die down quickly,” he said.

‘There’s no why’: Shanghai rages at endless coronavirus lockdown

Censors have sought to suppress discussion of emigration, prompting nimble internet users to adopt the term “run” instead.

Searches for the term on messaging app WeChat peaked during Shanghai’s shutdown. But as more people consider ways to leave, Beijing has doubled down on strict exit policies for Chinese citizens.

All “unnecessary” travel out of the country has been banned. Passport renewals have been all but halted, with authorities blaming the risk of Covid being carried into the country.

In the first half of 2021, immigration authorities issued only 2 per cent of the passports given out in the same period in 2019.

One woman who emigrated to Germany told Agence France-Presse she receives dozens of messages from Chinese people looking for tips on escaping. Emily, who did not want to use her real name, tried to help a relative obtain a new passport to take up a job in Europe, but the application was denied.

“It’s like being a child who wants to go to their friend’s house to play but their parents won’t let them leave,” she said, adding that she has heard of passports being sold for up to 30,000 yuan (US$4,500) on the black market.

A Chinese freelancer told Agence France-Presse he was turned back by immigration officers while attempting to fly to Turkey for work last October, despite having already checked in.

“My itinerary sounded too suspicious to them. They took my passport into an office and 15 minutes later told me I do not meet the requirements” for leaving, he said on condition of anonymity. “It was absolutely insane.”

He managed to leave weeks later by entering semi-autonomous Macau on a different travel document, before catching another flight.

A man walks along barriers at a residential area, amid new lockdown measures in parts of the city to curb the Covid-19 outbreak in Shanghai, China. Photo: Reuters

Some are disillusioned with Beijing’s growing controls, which have been ramped up during the pandemic.

“I just want to live in a country where the government won’t crudely interfere in my personal life,” said Lucy, a 20-year-old student at an elite Beijing university involved in LGBTQ and Marxist activism.

The virus policies had “allowed the government to control and monitor everything”, she said. “Perhaps rather than accepting and adapting to this system, we must go elsewhere and create a new life.”