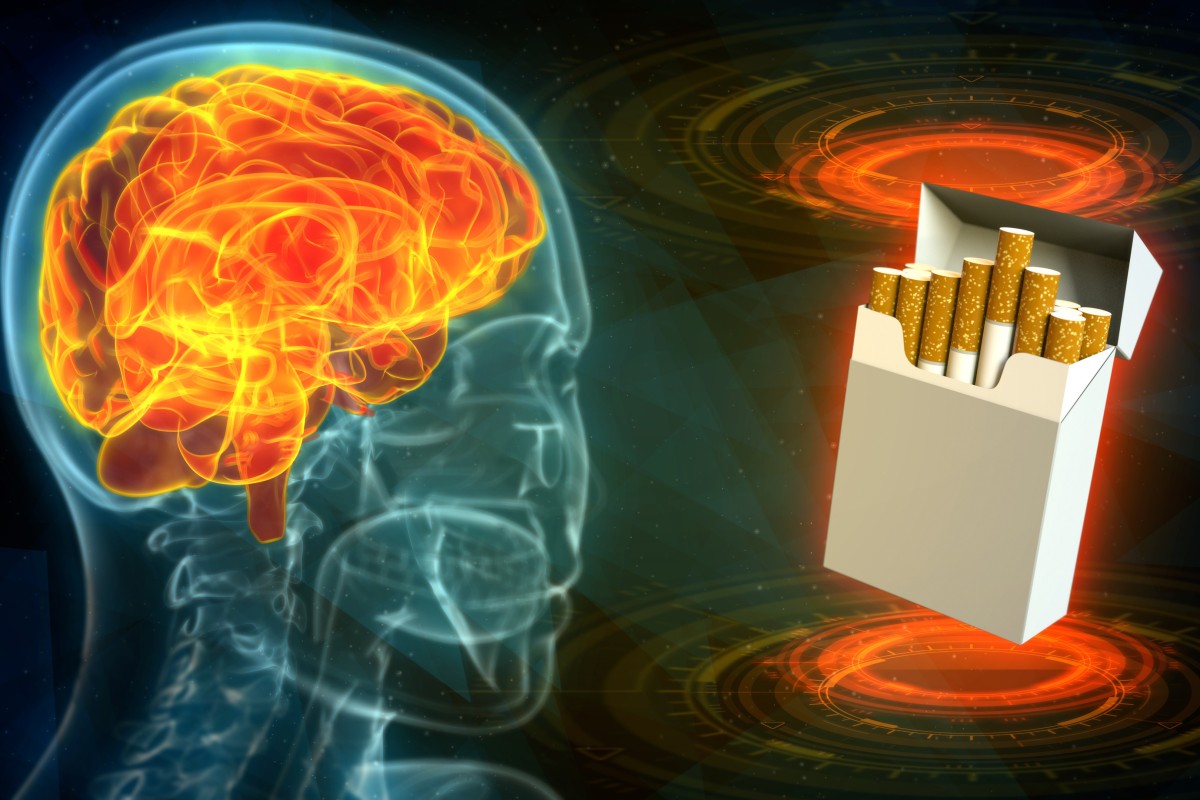 A study of 129 patients who were daily smokers when they had a brain lesion revealed a quarter was no longer addicted to nicotine. Photo: Shutterstock

Researchers said on Monday they had mapped the network in the brain linked to addiction by studying long-time smokers who abruptly quit after suffering brain lesions.

They hope the research will give future treatments a target to aim for in the fight against addiction to a range of substances. To find out where addiction resides in the brain, the researchers studied 129 patients who were daily smokers when they had a brain lesion.

While more than half kept on smoking as normal after getting the lesion, a quarter immediately quit without any problem – even reporting an “absence of craving”, according to a new study in the journal Nature Medicine.

E-cigarettes and vapes don’t help you quit smoking, and may do more harm to your lungs

While the lesions of those who stopped smoking were not located in one specific region of the brain, they mapped them to a number of areas – what they called the “addiction remission network”.

Previous research has shown that lesions affecting the insula relieve addiction. But it failed to take into account other parts of the brain identified in the new study. To confirm their findings, the researchers studied 186 lesion patients who completed an alcohol risk assessment.

Why you love watching cooking videos on YouTube and TikTok

They found that lesions in the patients’ addiction remission network also reduced the risk of alcoholism, “suggesting a shared network for addiction across these substances of abuse”, the study said.

Juho Joutsa, a neurologist at Finland’s University of Turku and the study’s author, told Agence France-Presse “the identified network provides a testable target for treatment efforts”.

“Some of the hubs of the network were located in the cortex, which could be targeted even with non-invasive neuromodulation techniques,” he added.

Neuromodulation involves stimulating nerves to treat a range of ailments. One such technique is the transcranial magnetic stimulation (TMS) coil, which was approved by the US Food and Drug Administration last month for obsessive-compulsive disorder.

What is revenge bedtime procrastination? And why do we do it to ourselves?

It already targets many of the same areas of the brain as the addiction remission network identified in Monday’s study.

Joutsa said he hoped his research would contribute to a TMS coil targeting addiction.

“However, we still need to figure what is the best way to modulate this network and conduct carefully designed, randomised, controlled trials to test if targeting the network is clinically beneficial,” he added.