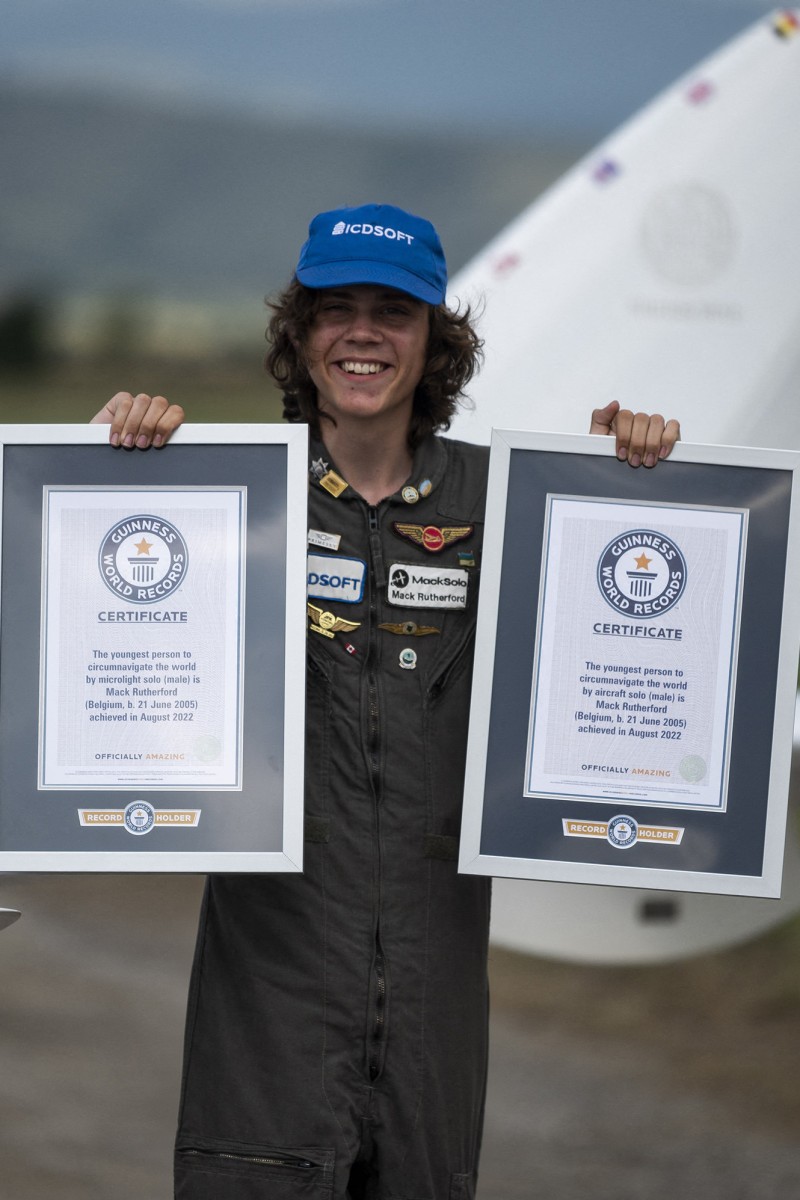 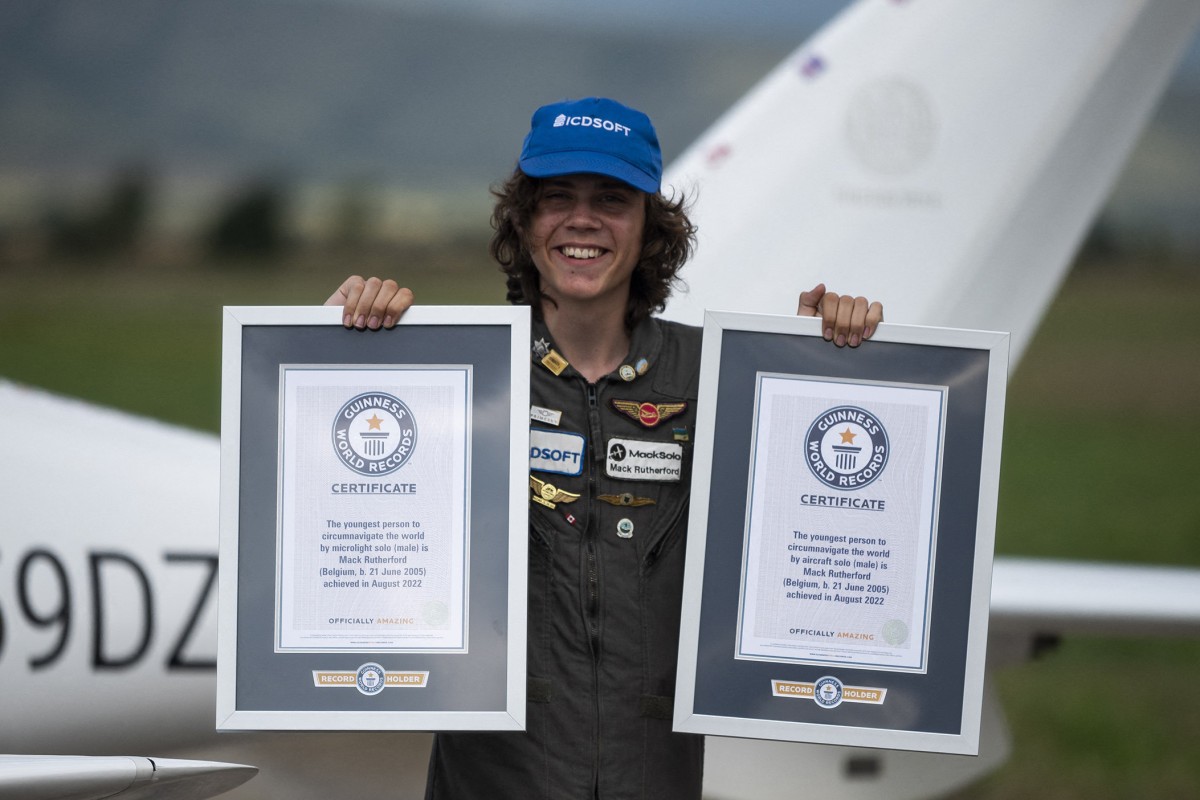 A Belgian-British teenager became the youngest person to fly around the world solo in a small aircraft after he landed on Wednesday in Bulgaria, where his global journey kicked off five months ago.

His sister, Zara, who finished her own trip global flight in January at age 19, previously held the ultralight record. Rutherford took the record from Travis Ludlow of Britain, who was 18 when he made a solo flight around the world last year.

The record journey, which began March 23, took Rutherford through 52 countries over five continents. To set a mark recognised by the Guinness World Records, he crossed the equator twice.

Born into a family of aviators, Rutherford qualified for his pilot’s license in 2020, which at the time, made him the youngest pilot in the world at the age of 15. His solo trip flying around the world kicked off in Bulgaria because his sponsor, the web hosting company ICDSoft, is headquartered in Sofia and loaned him the plane.

Like his sister, Rutherford flew a Shark, one of the fastest ultralight aircraft in the world with a cruising speed reaching 300kph (186mph). Normally a two-seater, it was modified for his long journey by replacing the second seat with an extra tank.

Initially planned to take up to three months, the trip lasted longer due to several unexpected obstacles along his way, including monsoon rains, sandstorms, and extreme heat.

But most of the delays were caused by waits to obtain permits and other documents required for further flight or having to alter the scheduled route if they were rejected.

The flight took him through Africa and the Gulf region to India, China, South Korea, and Japan. He crossed the northern Pacific and landed after 10 uninterrupted hours in the air on a volcanic island near the Bering Strait.

From there, he headed to Alaska and down the West Coast of the United States to Mexico, then he headed north again along the US East Coast to Canada, and across the Atlantic Ocean to Europe.

On Wednesday, a huge crowd of people had arrived at the airport to welcome Rutherford and to celebrate his achievements. Among them were the three members of his immediate family.

Father Sam Rutherford said he was extremely happy and proud of his children’s achievements. He told reporters that such an event is especially encouraging for children to follow their dreams and parents to support them in their endeavours.

His sister, Zara Rutherford, said she kept in close touch with her younger brother during his journey.

“While he was flying, I constantly tried to keep in touch and help him. Our parents called him every day, and I joined in those conversations. I gave him advice on the route, on the flight, so that I could be useful to him,” she said.