From Canada to Fiji, Queen Elizabeth is featured on several currencies – what happens now that she has died? 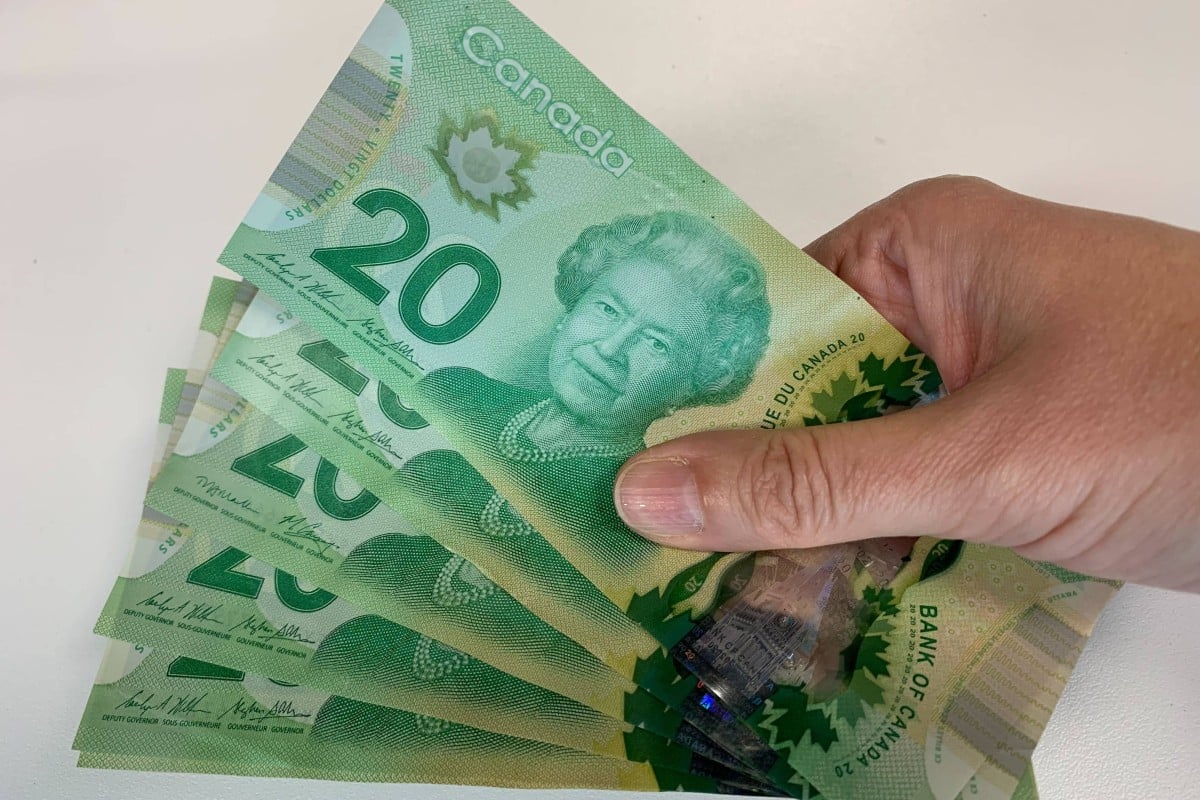 As the United Kingdom’s reigning monarch, Queen Elizabeth II was depicted on British banknotes and coins for decades, as well as on currencies in dozens of other places around the world, such as Canada. Photo: AP

Queen Elizabeth has been depicted on British banknotes and coins for decades. Her portrait also has been featured on currencies in dozens of other places around the world – a reminder of the British Empire’s colonial reach.

So what happens now that she’s died? It will take time for Britain, Canada, Australia, New Zealand and other countries to swap out the monarchs on their money.

But that doesn’t mean the bills don’t work – they do.

Here’s a look at what is next for cash featuring the late queen:

The queen’s portrait on British notes and coins is expected to replaced by a likeness of the new King Charles III, but it won’t be immediate.

“Current banknotes featuring the image of Her Majesty The Queen will continue to be legal tender,” the Bank of England said. An announcement on existing paper money issued by the UK’s central bank will be made after the official 10-day mourning period has ended, it said.

The Royal Mint, which is the official maker of British coins, said all coins with her portrait “remain legal tender and in circulation,” with more information to come later.

“As we respect this period of respectful mourning, we continue to strike coins as usual,” the Royal Mint said on its website.

A five-pound note at the Bank of England Museum in London, featuring the face of Queen Elizabeth. Photo: AP

With 4.7 billion UK banknotes worth 82 billion pounds (US$95 billion) in circulation and about 29 billion coins, British money bearing the queen’s image is likely to be in circulation for years.

“Rather than all of the current coins and notes being handed in, the process will be a gradual one and many of the coins featuring portraits of Queen Elizabeth will remain in circulation for many years to come,” according to Coin Expert, a British coin research website.

After Charles takes the crown at his coronation, a new portrait will need to be taken to use on redesigned notes and coins, the website said.

Coins featuring him will show him facing to the left, replacing the queen’s rightward gaze in line with a tradition dating to the 17th century. It dictates monarchs be shown in profile and in opposite direction to their predecessors.

What about other countries?

Other nations’ currencies that feature the queen – from Australian, Canadian and Belizean dollars – also will be updated with the new monarch, but the process could take longer, because “it is much easier to enforce a new design in the country where it originates, rather than in other countries where different jurisdiction may take place,” the Coin Expert website said.

The Bank of Canada said its current $20 banknote, made of synthetic polymer, is designed “to circulate for years to come.”

“There is no legislative requirement to change the design within a prescribed period when the Monarch changes,” the Bank of Canada said.

Fiji $10 and $20 bills feature a portrait of Queen Elizabeth, a reminder of the British Empire’s colonial reach. Photo: AP

In general, when a new portrait subject is chosen for Canadian money, the process begins with drawing up a fresh design, and a new note is ready to be issued “a few years later,” the bank said.

The Reserve Bank of New Zealand said it will issue all of its stock of coins depicting the queen before new ones go out with Charles’ image. The queen also is featured on the $20 bill, which is made “infrequently” and there is no “plan to destroy stock or shorten the life of existing banknotes just because they show the queen,” the bank said.

“It will be several years before we need to introduce coins featuring King Charles the Third, and longer until stocks of $20 notes are exhausted,” it added.

She first appeared on money when she was still a princess. That was in 1935, when Canada’s $20 bill featured 8-year-old Princess Elizabeth, whose grandfather King George V was then the monarch, as part of a new series of notes.

Canadian $20 bills were updated with a new portrait of the queen in 1954, a year after her coronation, and her portrait also started appearing on other currencies around the world, mainly British colonies and Commonwealth countries.

British bills didn’t get her image until 1960 – seven years after her coronation. That’s when the Bank of England was granted permission to use her likeness on paper money, starting with the 1-pound note, though the formal and regal image was criticised for being too severe and unrealistic.

She became the first monarch to be depicted on British banknotes. British coins, meanwhile, have featured kings and queens for more than 1,000 years.

Elizabeth’s portrait was featured on Hong Kong currency while it was under British rule. Photo: Shutterstock

At one time, Queen Elizabeth appeared on at least 33 different currencies, more than any other monarch, an achievement noted by Guinness World Records.

Her image is still featured on money in places where she remains a beloved figure, such as Canada, and continue to incorporate the Union flag into their flags, like Australia and New Zealand.

She’s also found on notes and coins issued by the Eastern Caribbean Central Bank, the monetary authority for a group of small nations including Antigua and Barbuda, Dominica, Grenada, Montserrat, St Kitts and Nevis, St Lucia, and St Vincent and the Grenadines.

Other places have long stopped putting her face on their currency. After Jamaica gained independence from Britain in 1962, its central bank replaced the queen on paper notes with portraits of national heroes such as Marcus Garvey.

Notes in Seychelles now feature local wildlife instead of the queen. Bermuda did a similar revamp, though the queen retains a minor position on bills. Trinidad and Tobago swapped in a coat of arms after it became a republic.

Hong Kong dollars issued after Britain handed its colony back to Beijing in 1997 feature Chinese dragons and skyscrapers on the Asian financial centre’s skyline.