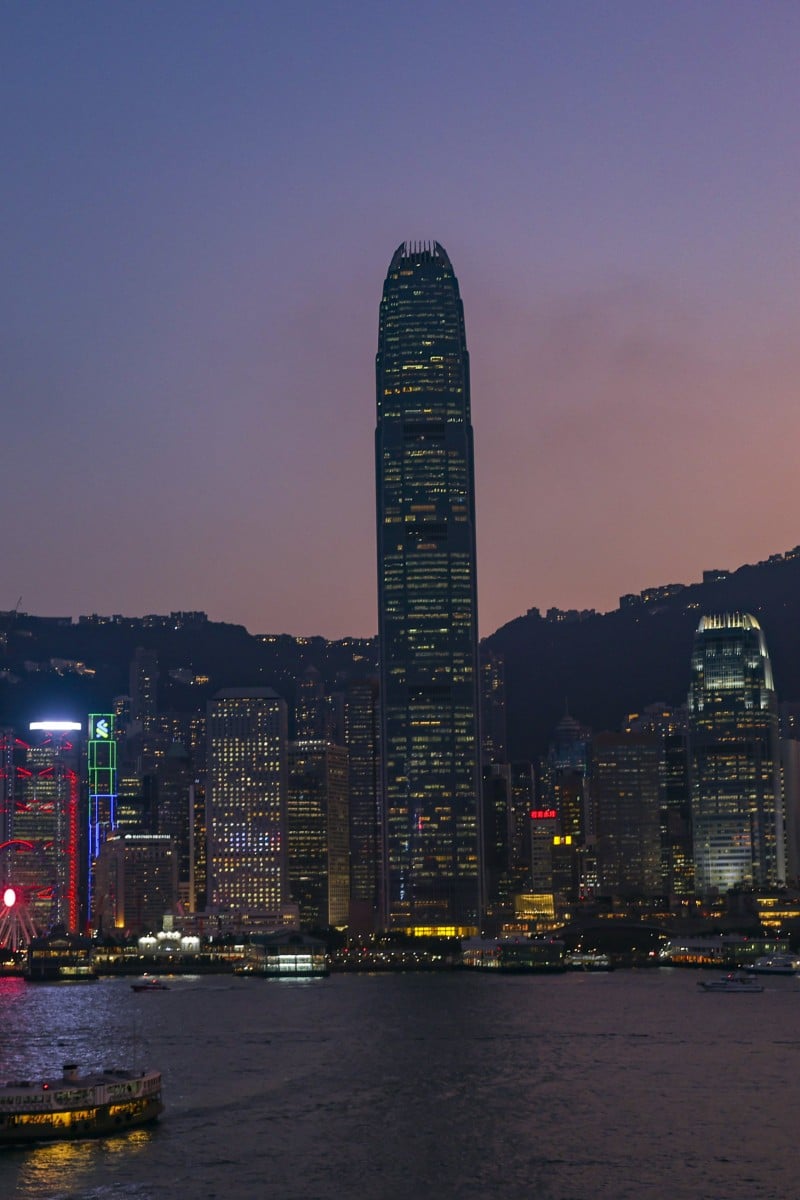 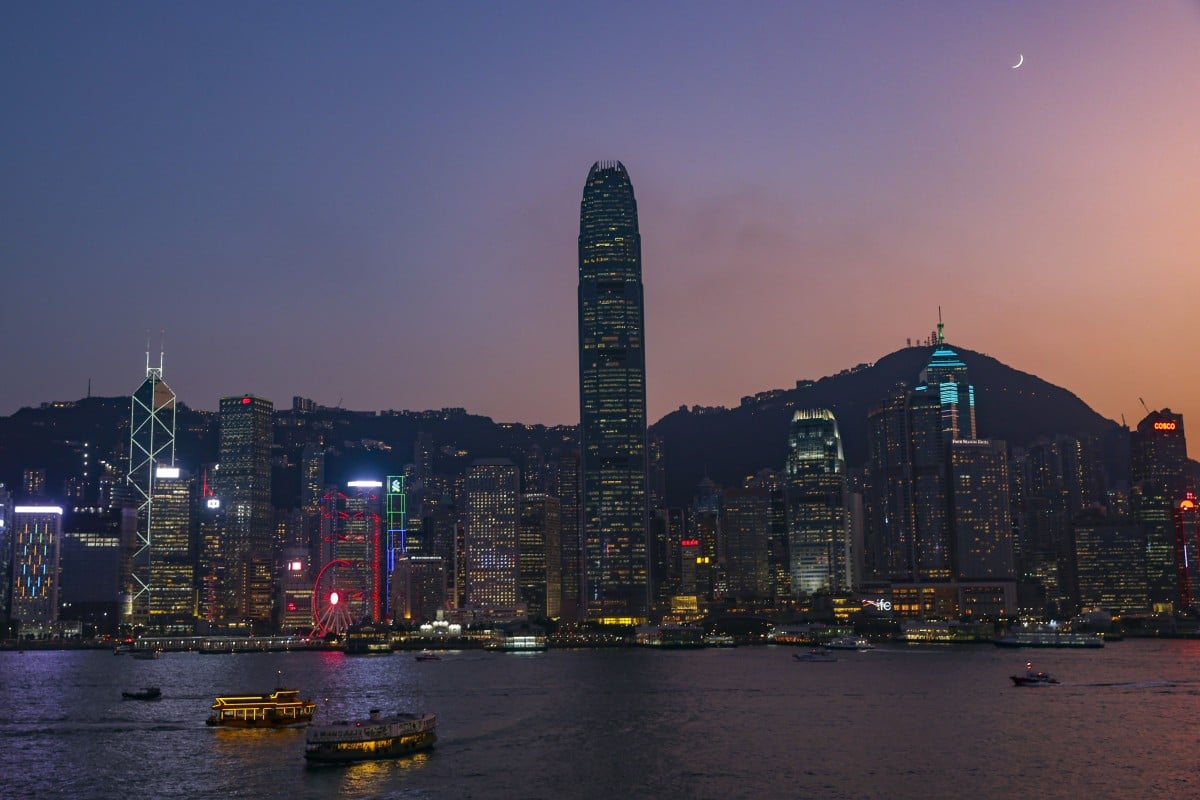 This year saw Hong Kong dealing with its deadliest wave of Covid-19 cases, not to mention a serious injury at a Cantopop concert. Photo: Yik Yeung-man

2022 marked a year of rupture and restoration for Hong Kong. From suffering its worst wave of the coronavirus pandemic to lifting its strict travel restrictions, the restless city has striven to return to normal life.

Here are 12 important events that happened this past year.

Hong Kong authorities culled about 2,000 hamsters after finding evidence of the city’s first possible animal-to-human transmission of the coronavirus. This came after a worker and 11 hamsters at the Little Boss pet shop in Causeway Bay tested positive for Covid-19.

On January 18, all 34 licensed pet stores that sold hamsters suspended operations. About 150 customers who had visited the pet shop were ordered into quarantine. Pet owners whose hamsters tested positive were required to isolate as well. The move sparked public outrage, and more than 11,000 Hongkongers signed a petition calling on authorities to stop culling small animals.

Members of the public began fostering hamsters who had been abandoned by owners who were worried about catching Covid from the small animals. Photo: AFP

The government announced on February 23 that eligible Hong Kong residents would receive HK$10,000 (US$1,280) in digital vouchers.

Delivering the final budget address of his term in the Legislative Council, Financial Secretary Paul Chan Mo-po said the city’s fifth wave of Covid-19 cases had worsened Hong Kong people’s livelihoods and businesses. To support those affected, the government doubled the amount of last year’s consumption vouchers to HK$10,000.

People line up to collect their consumption vouchers. Photo: Edmond So

Hong Kong health officials said the number of positive Covid-19 results peaked on March 2 and 3, at between 76,000 and 77,000 cases per day. On March 18, Covid cases in the city surpassed 1 million while the death toll exceeded 5,000.

Hong Kong’s local school students were forced to take an early summer break that started in early March and ended on April 22, as the city had planned to use school campuses for mass Covid-19 testing and vaccination. The proposed universal testing drive was, however, put on hold indefinitely due to the city’s high Covid-19 infection rate and limited capacity to carry out mass screening.

For the first time in 26 years, Hong Kong’s Foreign Correspondents’ Club (FCC) cancelled its Human Rights Press Awards, citing “significant areas of uncertainty” in the past two years and fears of “unintentionally violating the law”.

The suspension signalled looming self-censorship and eroding press freedom amid the city’s tense political climate. A statement issued by the club on April 25 wrote that Hong Kong journalists were operating under “new ‘red lines’ on what is and is not permissible”, which prompted the suspension of the awards.

After years of repeated delays and budget overruns, the long-awaited Hung Hom-Admiralty section of the Sha Tin to Central link finally commenced operation on May 15, with thousands of railway fans rushing for the first train ride. It is the fourth cross-harbour railway route connecting Hong Kong Island with Kowloon and the New Territories.

Hong Kong’s iconic Jumbo Floating Restaurant, which suspended operations in 2020, left the city for Cambodia on June 14 due to financial difficulties. Shortly after its departure, the 46-year-old restaurant was reported to have capsized in the South China Sea, leaving the city in shock.

In its heyday, the floating restaurant attracted celebrities from all over the world, including Britain’s Queen Elizabeth and film stars such as Tom Cruise and Chow Yun-fat. Photo: AFP)

On July 28, two male dancers were injured by the collapse of a giant video screen at the concert of the Cantopop boy band Mirror. The concert was the band’s fourth of a 12-show series at the Hong Kong Coliseum in Hung Hom, and the remaining events were cancelled following the accident. One of the dancers, Mo Li Ka-yin, suffered serious spinal cord injuries and has been hospitalised ever since.

The government released findings on the accident after a three-month investigation and arrested five suspects in November.

Hong Kong police found that some equipment used at the concert was up to seven times the weight declared. Photo: Captured from Instagram

Hong Kong police reported on August 22 that they had received 37 requests from people caught up in online job scams that lured them to Southeast Asian countries, where they were held captive by armed criminals.

In response, the Security Bureau has established a high-level action group with police and immigration officers to work with Southeast Asian law enforcement agencies to identify suspicious crimes. It has also introduced a new WhatsApp hotline to help victims.

Under the “0+3” model, arrivals only needed to undergo three days of medical surveillance at home or in a hotel, during which they were free to go out but could not enter certain premises such as eateries and bars. The move resulted in a surge of flight ticket transactions and inbound travellers.

Travellers arrive at the departure hall of the Hong Kong International Airport after the government cancelled its compulsory hotel quarantine. Photo: Sam Tsang

On October 19, Hong Kong’s leader John Lee delivered his first policy address since coming into office. In his maiden policy address, he promised to build more affordable homes, improve healthcare and reform the governing system, with an emphasis on attracting young talent and enterprises.

Hot Topics: Can Hong Kong lure overseas talent and get them to stay?

Hong Kong’s flagship sporting event – the Hong Kong Sevens – returned after three years. Crowds and fans flooded to the Hong Kong Stadium for a three-day fiesta in the stands eating, drinking and cheering on their favourite teams. In the end, Australia clinched their first Hong Kong Sevens victory in 34 years.

Following a few mishaps at international sporting events when “Glory to Hong Kong”, a song linked to the 2019 anti-government protests, was played instead of the Chinese national anthem “March of the Volunteers”, the city’s government requested Google to manually change its search results. But the tech giant refused and made it clear it would not manually manipulate organic web listings to determine the ranking of a specific page.