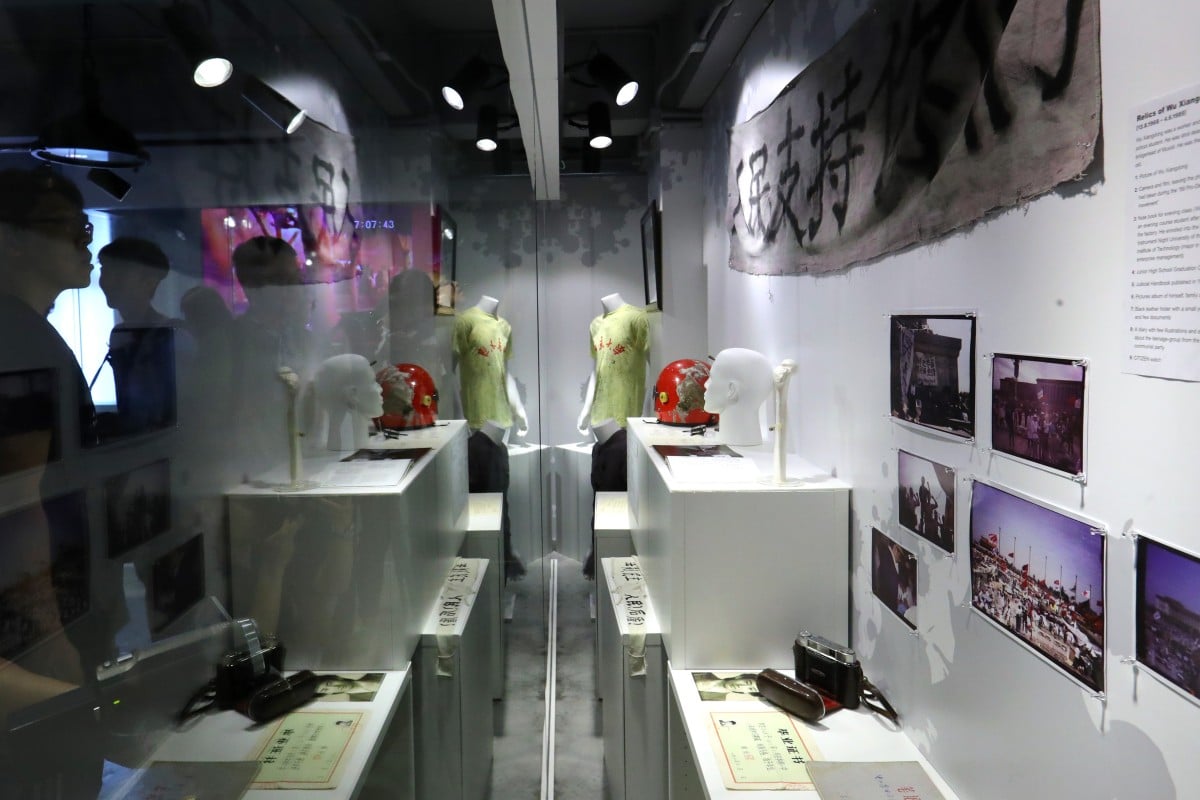 The reopened June 4 Museum in Mong Kok features images and artefacts from the Tiananmen Crackdown.

I’m honoured to have been given the opportunity to visit the June 4 Museum in Mong Kok, where I was able to learn a lot about this important historical event. As eye-opening as the museum is, it’s worth bearing in mind that the information is presented from a pro-democracy standpoint. Still, many of the facts speak for themselves.

The museum is filled with amazing artefacts, including bullet shells, collected from the day of the crackdown, and they are displayed alongside descriptions in both Chinese and English. There is also a model of a bone with a bullet inside to show the impact of the bullets fired on the protesters that day.

As you enter the museum, you’ll see boards with images taken before, during, and after the event. Further along is a large bookshelf full of books and photo albums related to the Tiananmen protests. Most of the books are written in Chinese, but I asked a member of staff to help me translate a few parts, and they were happy to do so.

Elsewhere in the museum is a mini theatre in which you can watch interviews with witnesses from the massacre. The accounts they give of the experience are very emotional. One witness says she fears that younger generations don’t recognise the significance of the June 4 event, and see it as “unimportant”. She says that the sacrifices of the protesters will be for nothing if future generations don’t take anything away from the event.

As these items, including a graduation certificate, show, most of the June 4 protesters were students or young people.
Photo: Edmond So/SCMP

The Tiananmen Square protests, sometimes known as the June 4 incident or simply June Fourth, are an incident that will be forever engraved in the hearts of Chinese people. To ensure that the sacrifices of the protesters on that day in 1989 are never forgotten, the June 4 Museum was established in Hong Kong. However, the museum’s opening was not without its setbacks.

“A few years ago, before the first opening of the museum, we received some threatening letters from the mainland government warning us against saying anything that would harm them. But we had no intention to say anything like that, so we ignored the warning,” Richard Tsoi Yiu-cheong, the vice-chairman of Hong Kong Alliance In Support Of Patriotic Democratic Movement Of China, told Young Post.

“Soon after, the museum was vandalised. We had to close the museum,” he said.

Nevertheless, said Tsoi, the alliance was determined to reopen the museum in a new location. Of course, finding space in Hong Kong can be tricky. It took two years for the alliance to find a suitable spot, eventually settling on the Ngai Wong Commercial Building in Mong Kok. The new museum finally reopened this year, complete with an enhanced security system to deter vandals.

“Our museum is probably the smallest one in the world, but it must also be the most influential one,” claimed Tsoi. He added that it was important for all Chinese people to grow up learning about the June Fourth Incident, and hoped that people would never forget the day they fought for justice and democracy.

How can we forget June 4?