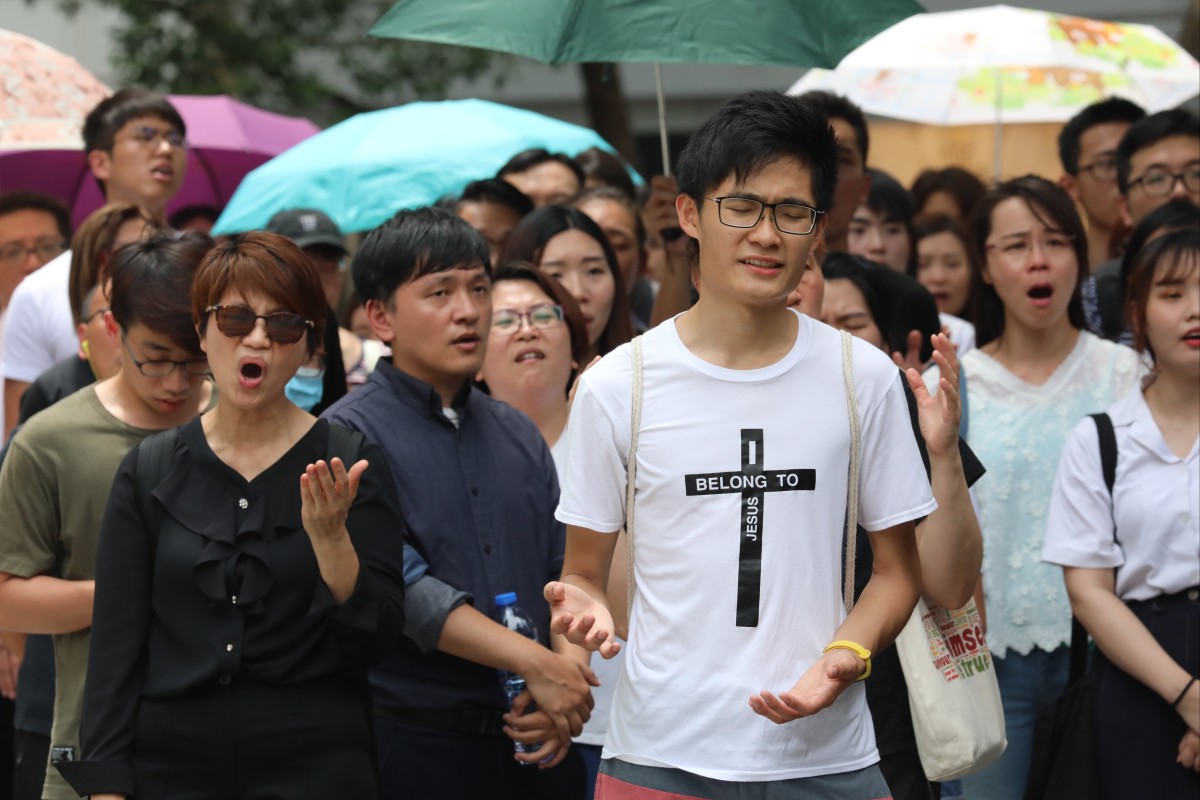 Protesters sang hymns for hours on end during the recent anti-extradition law rallies.

The Christian hymn Sing Hallelujah to the Lord, which has become the anthem of Hong Kong’s anti-extradition law protests, has been banned from some music streaming platforms on the mainland.

After several local Christian groups began singing the hymn outside the government headquarters in Admiralty on June 11, the song has been sung repeatedly at demonstrations over the past two weeks.

As a result, it has been dubbed the unofficial “anthem” of the protests against the controversial extradition bill.

However, the song no longer appears as a search result on QQ Music, one of the biggest music streaming platforms on the mainland, owned by the Chinese tech giant Tencent. Meanwhile, users of another streaming site, NetEase, said their comments below the song had been removed.

“My comment has been deleted twice,” one netizen wrote. “The comment I left in the afternoon is gone now … sigh,” wrote another.

The song Do You Hear The People Sing? from the stage musical Les Misérables has also been taken down from some streaming sites. The song was widely sung by protesters in Hong Kong during the Occupy Central Movement in 2014, and was sung again at the historic anti-extradition law march on June 16.

A search for the song on QQ Music draws up three results, but when users try to click on the songs, they are redirected to a page that says “Sorry, the song you are looking for has been taken down”.

While the album Do You Hear the People Sing: A Tribute to Les Miserables by Ameritz Tribute Club remains available, the title track, which is supposed to be the fifth track on the album, is missing.

As of yesterday evening, both songs can be found on less popular streaming sites, such as Xiami Music, KuGou and KuWo, but on the latter two sites, the songs cannot be played due to copyright issues.