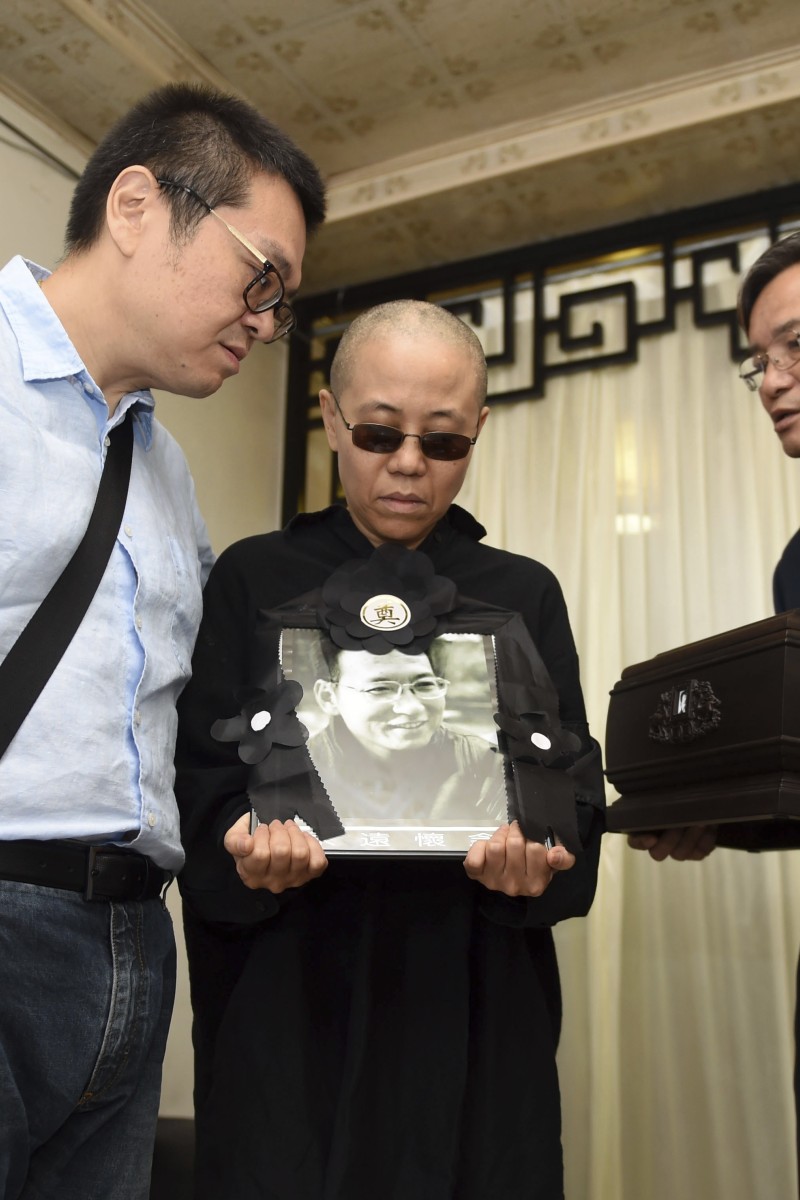 Where is Liu Xia? Supporters mark Liu Xiaobo’s death and worry for his wife 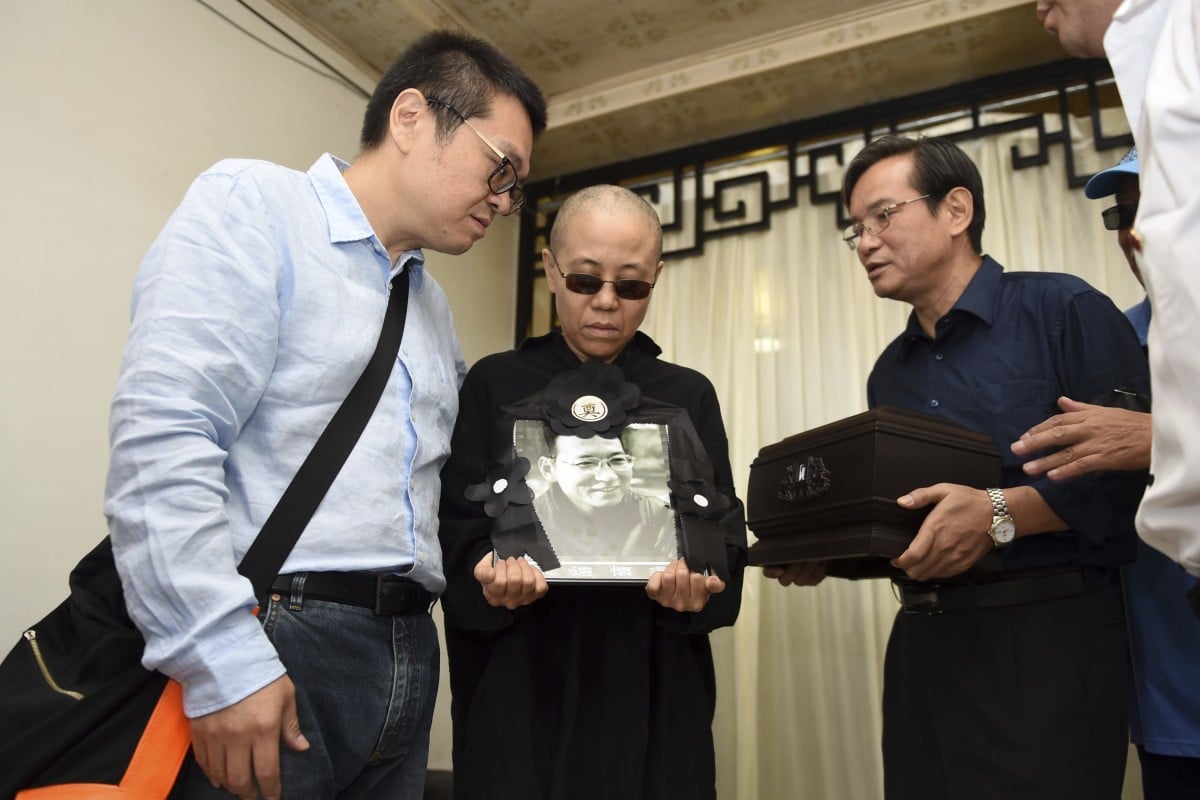 From Hong Kong to Australia, Liu Xiaobo’s supporters around the world gathered on Wednesday to mark the Chinese observance of the seventh day after the Nobel laureate’s death.

In west Beijing, more than a dozen men have been gathering for a different purpose: they are keeping people away from the home Liu shared with his widow, Liu Xia.

Last seen in photos showing her lowering an urn containing her husband’s ashes into the sea on Saturday, Liu Xia’s whereabouts are currently unknown, sparking concerns from friends and demands by foreign governments and rights groups that all restrictions on her movement be removed.

Liu Xia was never charged but has been kept guarded and isolated in her apartment for more than seven years while her husband served an 11-year prison sentence on charges of trying to subvert government power after he published a paper calling for political reform.

Tienchi Martin-Liao, a close family friend in Germany, said there were rumours that Liu Xia has been forced by authorities to take a “vacation” in Yunnan. Liu Xia and her friends in the mainland have gone quiet, Martin-Liao said.

“Before we were able to at least see her weekly through video chat on a friend’s phone. Now she’s been completely cut off,” Martin-Liao said. “What crimes has she committed to be surveilled, controlled and humiliated?”

During a brief visit to Liu Xia’s apartment complex on Wednesday, there were no signs of supporters. The compound was guarded by more than a dozen men who followed and filmed anyone who approached. Outside the main gate, plainclothes agents had installed chairs and an umbrella to sit under while they watched.

In Hong Kong, more than 1,000 people gathered on Wednesday at Tamar Park for speeches and a rock concert to commemorate Liu. Nobel Committee chairwoman Berit Reiss-Andersen appeared in a video to pay tribute.

Authorities in the mainland have censored references to Liu Xiaobo on the internet, with reports that social media posts containing candle emoji and the letters “RIP” have been censored for violating “relevant laws and regulations”. WhatsApp had patchy service this week as authorities periodically blocked access to its servers.

On Saturday, authorities accompanied by Liu Xia and a few relatives lowered Liu Xiaobo’s ashes into the Pacific Ocean at Tiger Beach near Dalian, in a move his supporters said was designed to erase any physical traces of the political prisoner and prevent Liu’s grave from being turned into a memorial site. For centuries the practice of cuoguyanghui – literally “file down the bones and scatter the ashes” – was known as a form of punishment in Chinese culture, which placed importance on being buried in tombs that could be visited by loved ones.

Liu’s supporters have now instead tried to commemorate him by visiting beaches. A close friend of Liu told Hong Kong media on Wednesday that police arrived at his home with fruit and cigarettes to try to convince him not to go near “rivers and oceans”.

On Tuesday afternoon, police took away Jiang Jianjun, a Dalian man who had posted online about scattering flowers at Tiger Beach.

Outside the mainland, supporters gathered on beaches to mourn while others turned Liu’s sea burial into a meme as people posted pictures of a chair – a reference to Liu’s empty seat at the Nobel Peace Prize ceremony in 2010 while he was imprisoned – next to bodies of water.

Zhou Fengsuo, a California-based activist involved in the 1989 Tiananmen student-led pro-democracy protests in which Liu Xiaobo played a key role, posted pictures of himself this week holding the Liu’s portrait while standing in the San Francisco Bay.

“Many of us were angry, like there was nothing we could do because it was a sea burial,” he said. “But when I swam, I felt like we had a connection, like he was there.”

In Australia, supporters held a candlelight vigil in Melbourne in an alley, where a dissident artist known as Badiucao had drawn a picture of Liu.

Other supporters found creative ways to mourn online. On a Chinese music streaming service, users this week left comments about a song titled The Ocean by the late pop singer Chang Yu-sheng. Some mentioned Liu’s name, while others were more vague in their messages.

“Floating with ocean currents, you’ll never be forgotten,” one said, while another said, “They think it’s over, but they don’t know that every place that the waves will touch will hold your memory.”