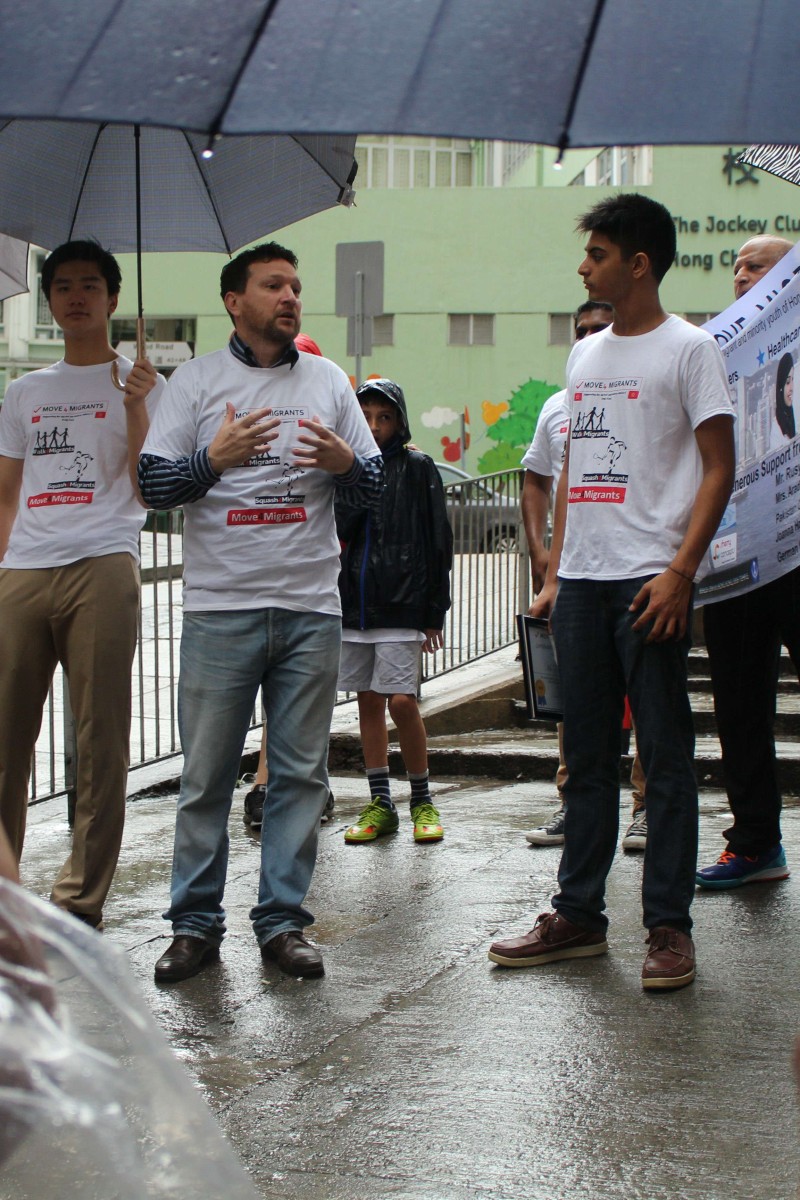 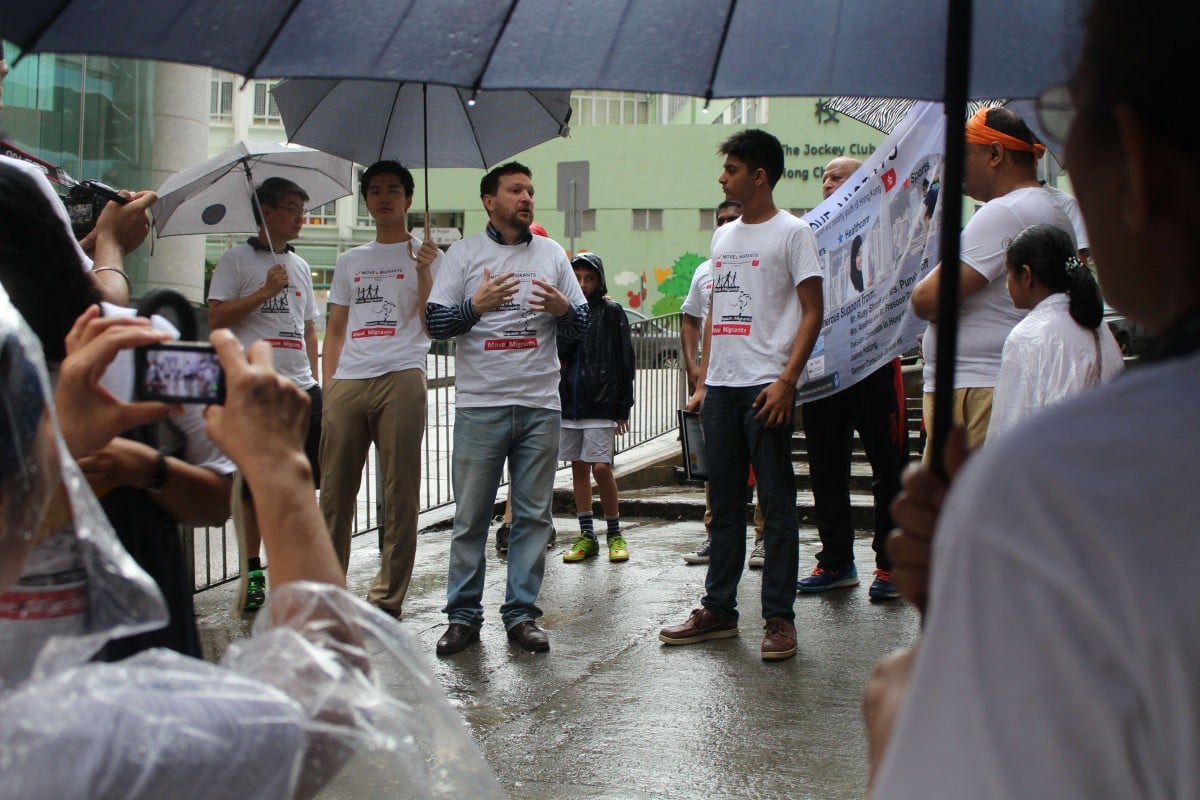 Spirits were high among the participants of Walk4Migrants despite the rain and thunderstorm warning.

Those of us who were born into privilege – socially, culturally or financially – don’t often realise how lucky we are, and may even take things for granted. But 16-year-old Pradyumn Dayal wants to change all that. He has set up a programme, Move4Migrants, that wants to connect underprivileged students with the types of influencers and connections people like himself are often exposed to, but migrants and minorities don’t typically have the chance to interact with.

“Move4Migrants aims to empower the minority and migrant youth of Hong Kong,” Pradyumn explains. “We connect minority kids with great potential to mentors who can coach them through four key areas that lead to success in life: sports, education, health care, and professional development.”

“The migrants are in a new country and they may not be aware of the local [health care] system, making them vulnerable to falling through the safety net,” Gurung says. “Being aware of basic health and hygiene, and being able to practise that, enables them to live a healthy life.”

Gurung reminds us that it’s also important to instruct them in such a way that is sensitive of their culture and not just our own. “Hongkongers can be more inclusive,” she adds.

Pradyumn understood what Gurung meant when he visited medical camps around Hong Kong, including the Sikh Gurdwara, Kowloon Mosque, women’s centres, and schools.

“It was a real eye-opener. What really struck me was how basic and simple most of the advice was,” he says.

Pradyumn says the visits made him realise how the things he took for granted, like understanding different food groups, is information that was accessible to him because of his well-educated, middle class upbringing, and not available to everyone.

More than 60 people from all walks of life attended Walk4Migrants on June 12, the launch event for Move4Migrants.
Photo: Move4Migrants

Another thing he soon realised is that it growing Move4Migrants requires a lot of hard work. Particularly since he’s still a student, and studying abroad at that, cold calling potential supporters and mentors, designing the Move4Migrants logo and brochures, and spreading awareness has to fit around his classes and homework.

Luckily, he has backup.

“The first thing I did was put together an advisory board,” he says, “which is made up of well-established professionals from different fields, including medicine, finance, charity, and media. They have been instrumental in helping me build Move4Migrants and create the right programmes.”

This includes programmes to help create opportunities for migrants and break their cycle of poverty. And it all starts with making yourself heard.

Pitching in for worthy cause, raising funds for refugees

Through his hard work, Move4Migrants launched publicly with Walk4Migrants on June 12. Starting at Sikh Gurdwara, stopping at the Islamic Centre and ending at Vine Church, more than 60 people from all walks of life in Hong Kong, marched despite the rain and thunderstorm warning. As well as promoting awareness, the walk also promoted the workshops and seminars that Pradyumn is planning for the summer, on everything from debating, public speaking and career counselling to tennis and squash lessons. His next big event is Squash4Migrants on August 28.

Indeed, Pradyumn may have got the initiative off the ground, but it’s up to others in Hong Kong to join him in making life better for those most often ignored or neglected in our city.