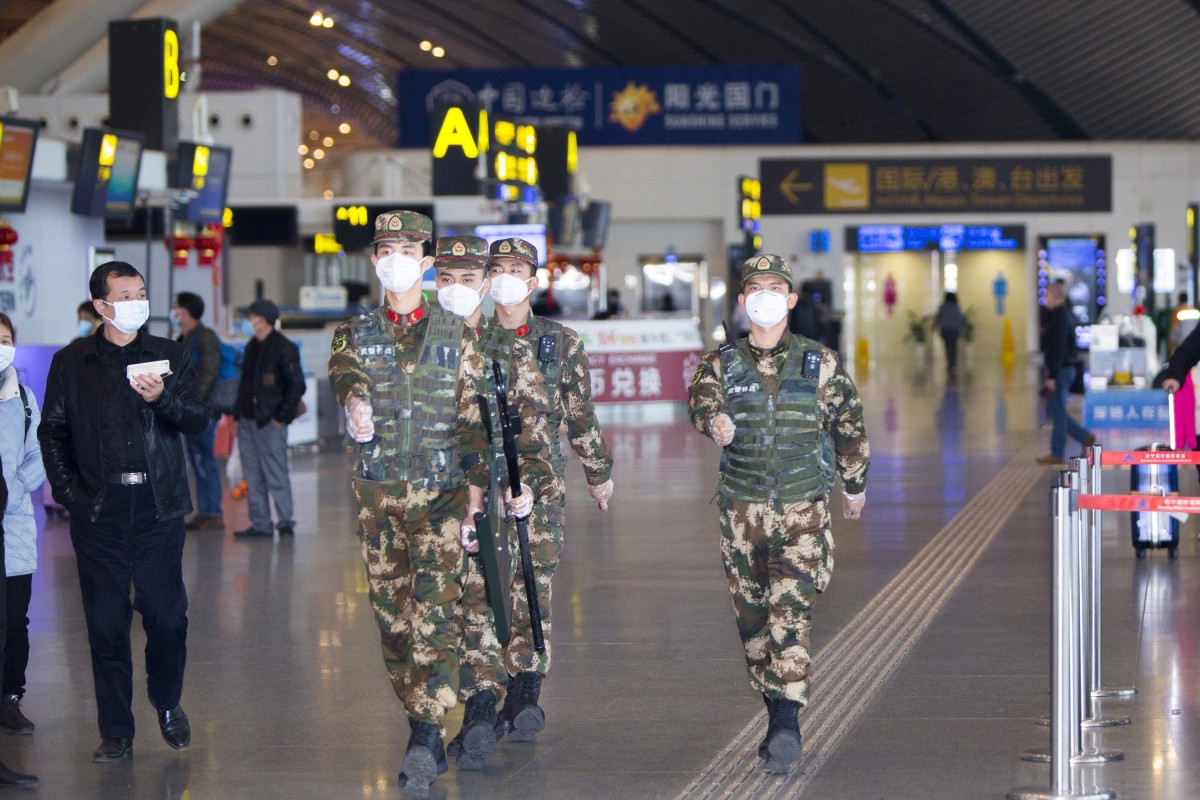 Mainland police have cracked down on activism, but some whistle-blowers have been vindicated by courts.

A man on the mainland had a close call last week when a video he posted of body bags in a hospital in Wuhan caused police to come knocking on his door, in hazmat suits.

The officers wanted to put Fang Bin in quarantine. He refused to go. They broke into his home and took him anyway – not to a hospital, but to a police station.

Fang, a clothes seller, has enlisted as a “citizen journalist” to report on the government’s secrecy about the coronavirus epidemic. He was questioned about the videos that he had posted online, including the one in which he saw eight bodies within five minutes of entering a hospital in Wuhan. There was no doctor among those questioning him, only police officers.

He said authorities accused him of receiving money from foreign organisations to make online videos, and ordered him to stop posting “rumours” that would “spread panic” online.

As the virus spreads across the world, authorities are cracking down on mainland activists’ attempts to investigate the severity of the outbreak. At least 254 people have been detained, fined or otherwise punished by authorities for “spreading rumours”, according to Chinese Human Rights Defenders, a non-profit group that tracks human rights on the mainland.

While the world looks on, the central government is trying to present a picture of control and transparency, allowing domestic media some freedom to report on the outbreak.

Social media posts criticising local government officials have been allowed to stay online, along with sad stories of Wuhan and Hubei residents trying and failing to save family members’ lives because the government has failed to care for them.

The High Court scolded local police who punished eight whistle-blowers, including at least one doctor, who tried to alert the public about the new disease. They were detained briefly for “spreading rumours” and made to sign a promise that they would stop “making untrue comments” that “severely disturbed the social order”.

One of them, Dr Li Wenliang, was later diagnosed with the coronavirus after treating patients at the frontline.

Fang, who runs a traditional Chinese clothing shop in Wuhan, said he had decided to try “citizen journalism” because of a lack of reliable information, especially for Wuhan residents stuck in their homes and afraid to go outside.

“I wanted to go and see what’s actually happening. It’s what any normal citizen should do,” he said.

Fang spent the morning visiting public hospitals in Wuhan and posting videos online. In a video filmed at one of Wuhan’s hospitals which is treating coronavirus patients, he counted eight corpses within five minutes, including bodies in bright yellow and orange bags. “How can there be so many?” he said.

Wuhan virus: China locked down 50 million people and has to keep them fed

That night, the men in medical suits came to his door.

Fear spread across the community of Chinese civil society activists in Wuhan, many of whom have been organising volunteer efforts to share medical supplies and donations from other “online friends” across the country who don’t trust the official channels.

A group of them went to Fang’s housing estate. Unsure of which building he was in, they shouted his name to the sky in the dark. There was no response.

Around 12.30am, the police let Fang go with just a warning, though they kept his computer. He found a bike, made his way home, and posted another video online, thanking the other activists and calling for more citizens to speak up.

“You’re the ones who saved me,” he said.