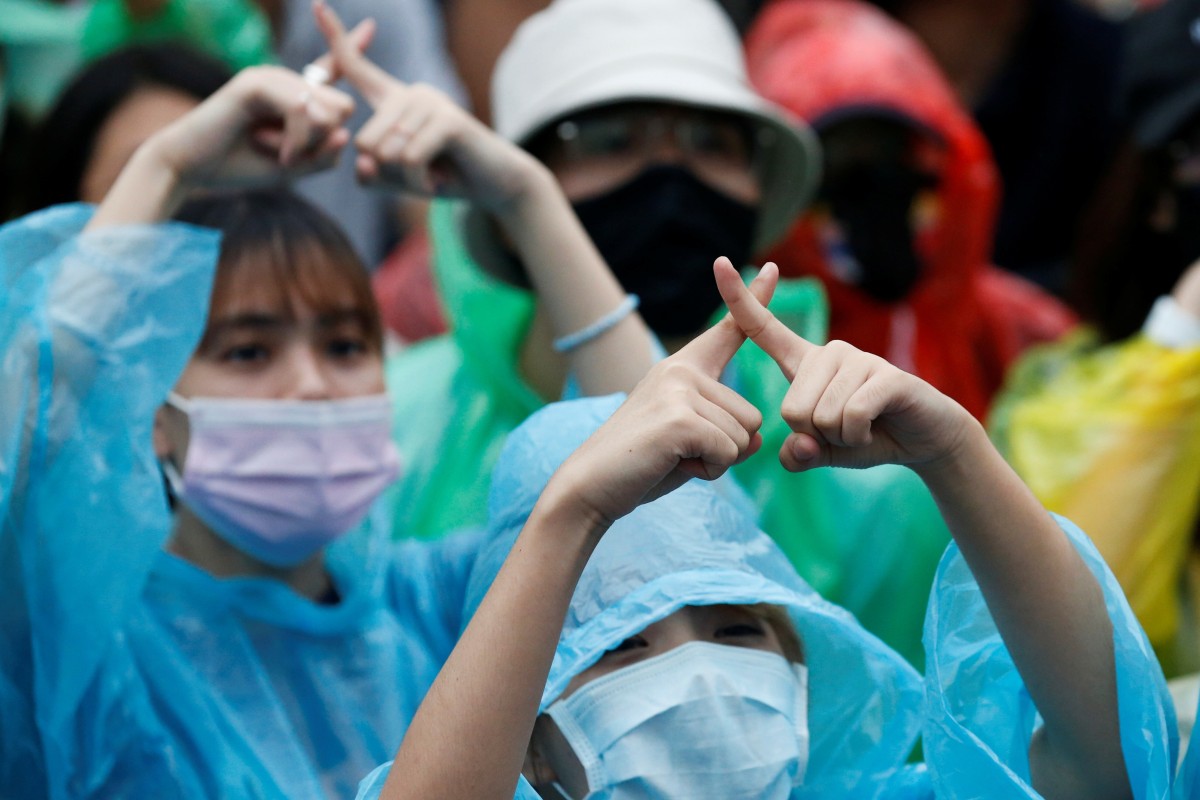 Thai protesters are learning a whole new language, developed within days to coordinate among crowds of thousands of people at demonstrations that have swollen in defiance of a government ban and despite the arrest of many protest leaders.

“Everyone has been helping each other out,” said 19-year-old Riam, who like most protesters would only give one name.

“At first, we had to work out what people were saying, but with the gestures, it’s pretty easy to guess.”

Some of the words in the Thai hand signal vocabulary are the same as those used by protesters in Hong Kong. Some they made up themselves and have now gained common usage.

Three months of protests in Thailand have sought to bring down Prime Minister Prayuth Chan-ocha, a former junta leader, and to curb the powers of the monarchy of King Maha Vajiralongkorn.

They gained added momentum last week with a government crackdown that brought the arrest of several of the highest profile protest leaders and saw police using water cannon for the first time on Friday.

That has also meant a need to be able to quickly move protective equipment and other supplies from point to point so that everyone can be prepared.

The hand signals make it easier to communicate. Photo: ReutersPolice spokesman Kissana Phathanacharoen noted that the protest situation was “very dynamic” and that people should understand their presence there was illegal.

Since Friday, police have not tried to break up protests, but protesters are taking no chances.

Their new language only took shape at the weekend – when groups started to teach and practise the moves together. Some messages are still passed down human chains by shouting them in a form the Telephone game that are anything but whispered.

“Everyone is well educated and learns how to survive without the leaders,” said 20-year-old Tangmae as she demonstrated some of the signs. “We should communicate so the protest can happen in an orderly way.”