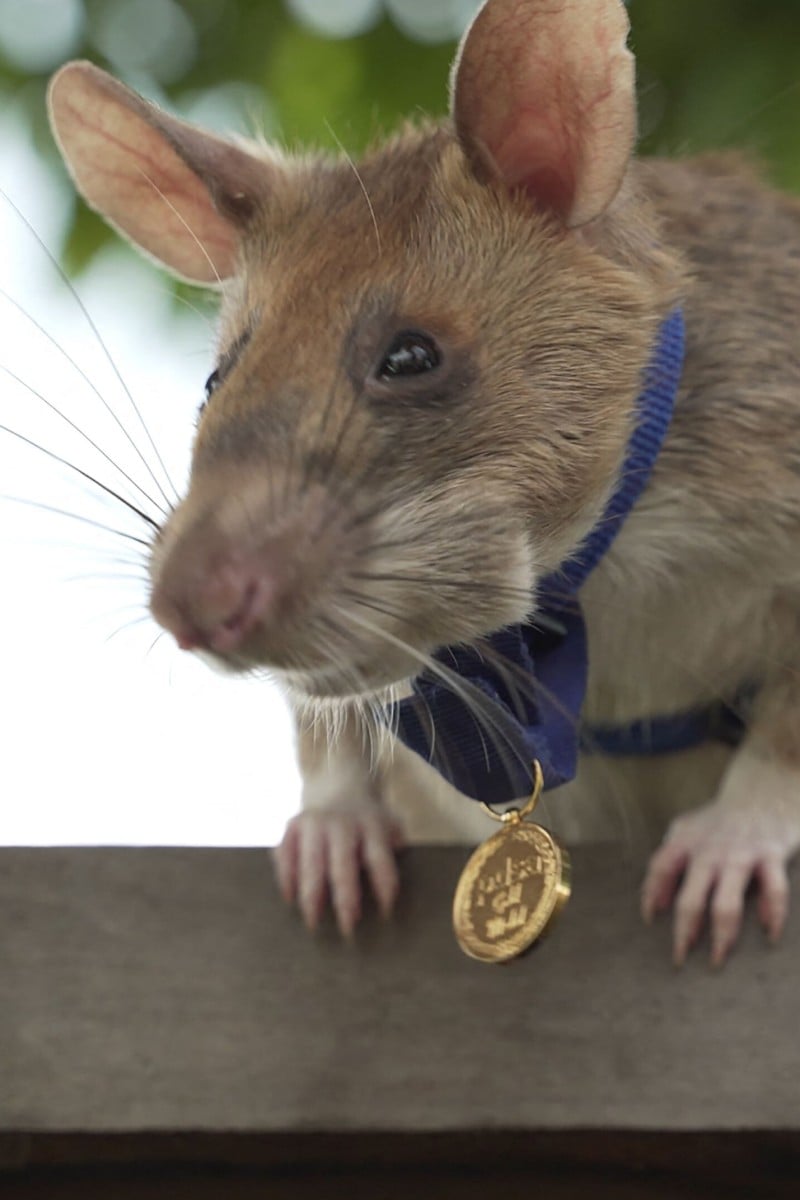 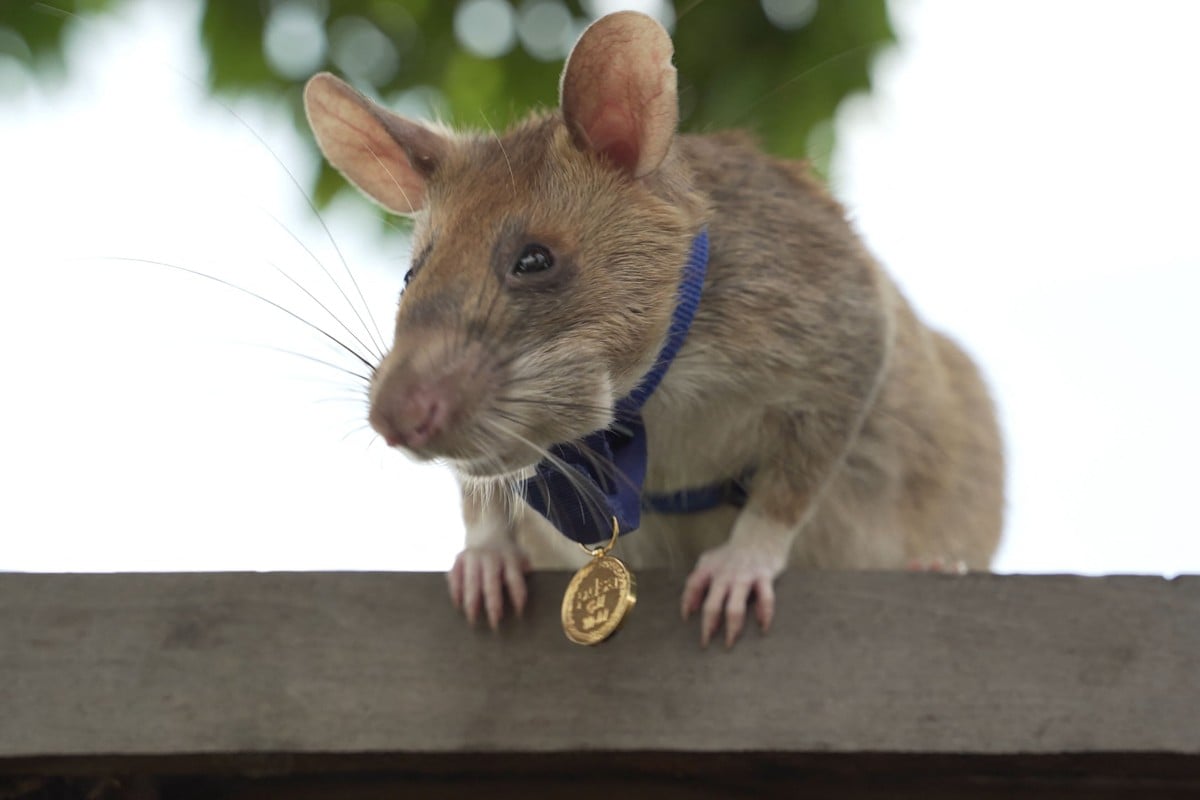 Magawa, an African giant pouched rat, wears the gold medal he received from PDSA for his work in detecting landmines in Cambodia. Photo: AFP

After five years of sniffing out land mines in Cambodia, Magawa is retiring.

The African giant pouched rat has been the most successful rodent trained and overseen by a Belgian nonprofit, APOPO, to find land mines and alert his human handlers so the explosives can be safely removed. Last year, Magawa won a British charity’s top civilian award for animal bravery — an honour so far exclusively reserved for dogs.

“Although still in good health, he has reached a retirement age and is clearly starting to slow down,” APOPO said. “It is time.”

5 reasons why rats are awesome

Magawa has cleared more than 141,000 square meters (1.5 million square feet) of land, the equivalent of some 20 soccer fields, sniffing out 71 land mines and 38 items of unexploded ordnance, according to APOPO.

While many rodents can be trained to detect scents and will work at repetitive tasks for food rewards, APOPO decided that African giant pouched rats were best suited to land mine clearance because their size allows them to walk across mine fields without triggering the explosives — and do it much more quickly than people. They also live up to eight years.

Rat idioms that will spice up your writing

Magawa is part of a cohort of rats bred for this purpose. He was born in Tanzania in 2014, and in 2016, moved to Cambodia’s northwestern city of Siem Reap, home of the famed Angkor temples, to begin his bomb-sniffing career.

In retirement, Magawa will live in his same cage as before and follow the same daily routine, but won’t be going out to the minefields anymore, said Lily Shallom, an APOPO spokeswoman, contacted by phone at the organization’s operational headquarters in Tanzania.

He’ll be fed the same food, have playtime every day and get regular exercise and health checks. He eats mostly fresh fruit and vegetables, said Shallom, supplemented with small sun-dried fish for protein and imported pellets for vitamins and fiber. For 20-30 minutes a day, he is released into a larger cage with facilities such as a sandbox and a running wheel.

APOPO also works with programmes in Angola, Zimbabwe and Mozambique to clear millions of mines left behind from wars and conflicts.

More than 60 million people in 59 countries continue to be threatened by land mines and unexploded ordinance. In 2018, landmines and other remnants of war killed or injured 6,897 people, the group said.