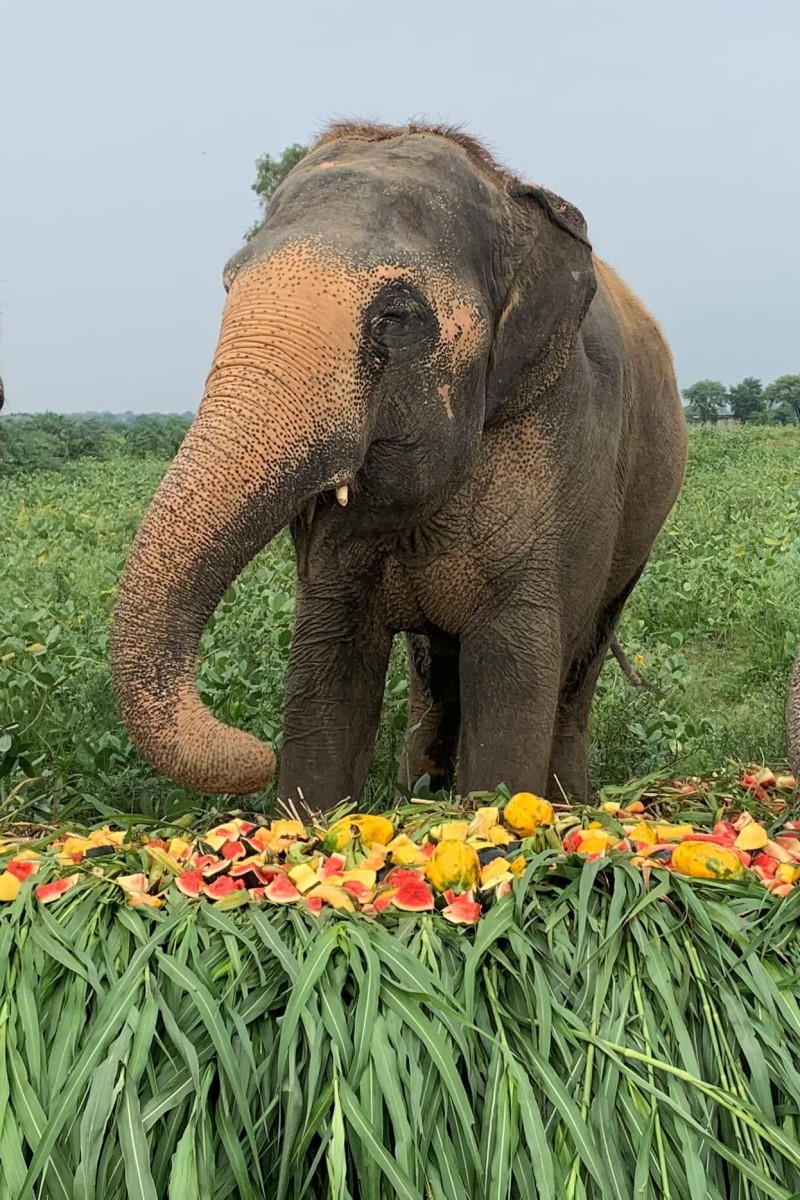 Rescued elephants in India enjoy feast ahead of own world day 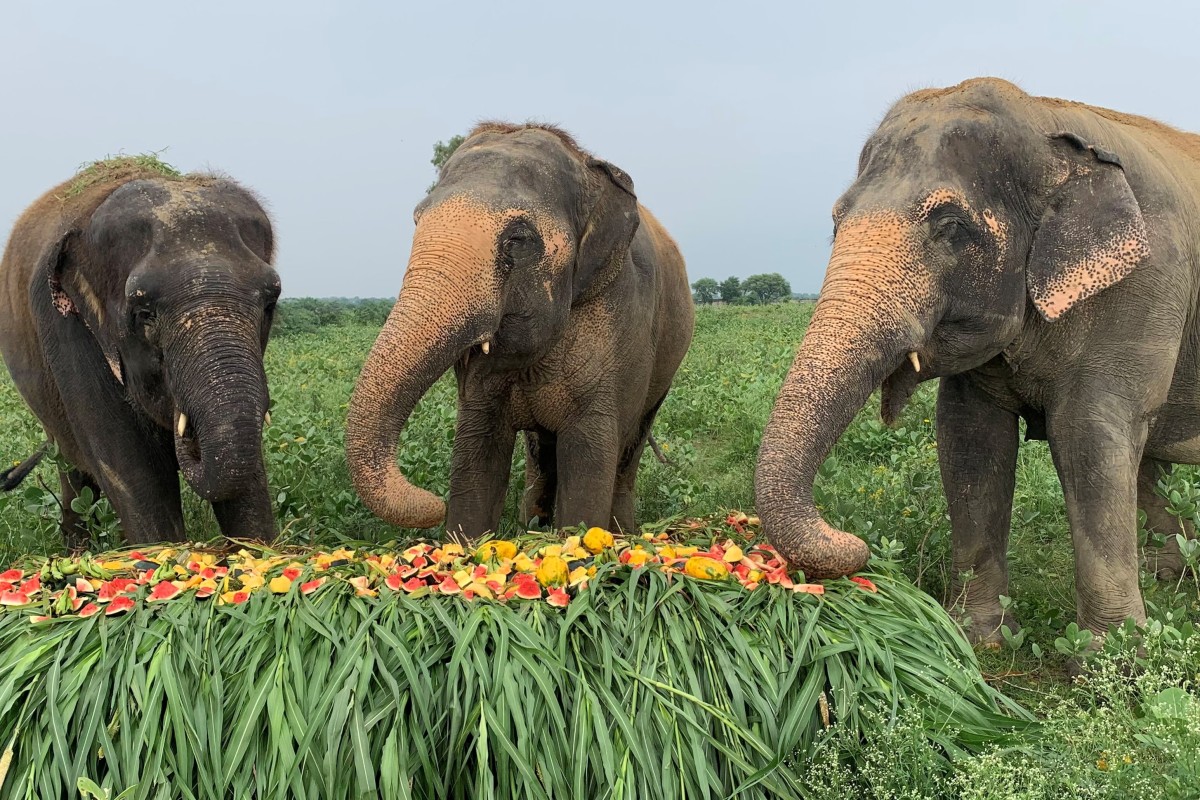 Rescued elephants eat fruit and vegetables at the Wildlife SOS Elephant Conservation and Care Centre in the northern town of Mathura, India, ahead of World Elephant Day. Photo: Reuters

After a relaxing evening walk under overcast skies with rains not far away, elephants rescued from circuses and temples in India are treated to a feast of their favourite fruits and vegetables to celebrate World Elephant Day.

A lavish spread of watermelons, bananas, papayas and pumpkins is laid out for the Asian elephants at a sanctuary near the banks of the Yamuna River, on the outskirts of the ancient holy city of Mathura.

The centre observes a week of events for World Elephant Day, which falls on 12 August.

Most of the 28 elephants at the centre suffer from chronic illness and various ailments ranging from abscesses, cataracts, blindness and joint pain, the result of years of abuse in captivity, said conservationists with Wildlife SOS, which operates the sanctuary.

Workers arrange fruit and vegetables for the elephants to enjoy. Photo: Reuters

“World Elephant Day promotes awareness about the plight of elephants in India and around the world, including what they go through and why their population is declining,” said Shirina Sawhney from Wildlife SOS, which also runs India’s only elephant hospital.

Elephants are an important part of Indian culture and are often seen during festivals and processions in the southern area of the country. They are also used in the north and west as tourist attractions.

But while revered as cultural and religious icons, elephants are also ill-treated by unschooled mahouts and often fall victim to electrocution, poaching, train accidents and poisoning.

The number of wild Asiatic elephants, primarily found in India and parts of South and Southeast Asia, has fallen to under 50,000, just 15 per cent of its historic average, according to the World Wide Fund for Nature.