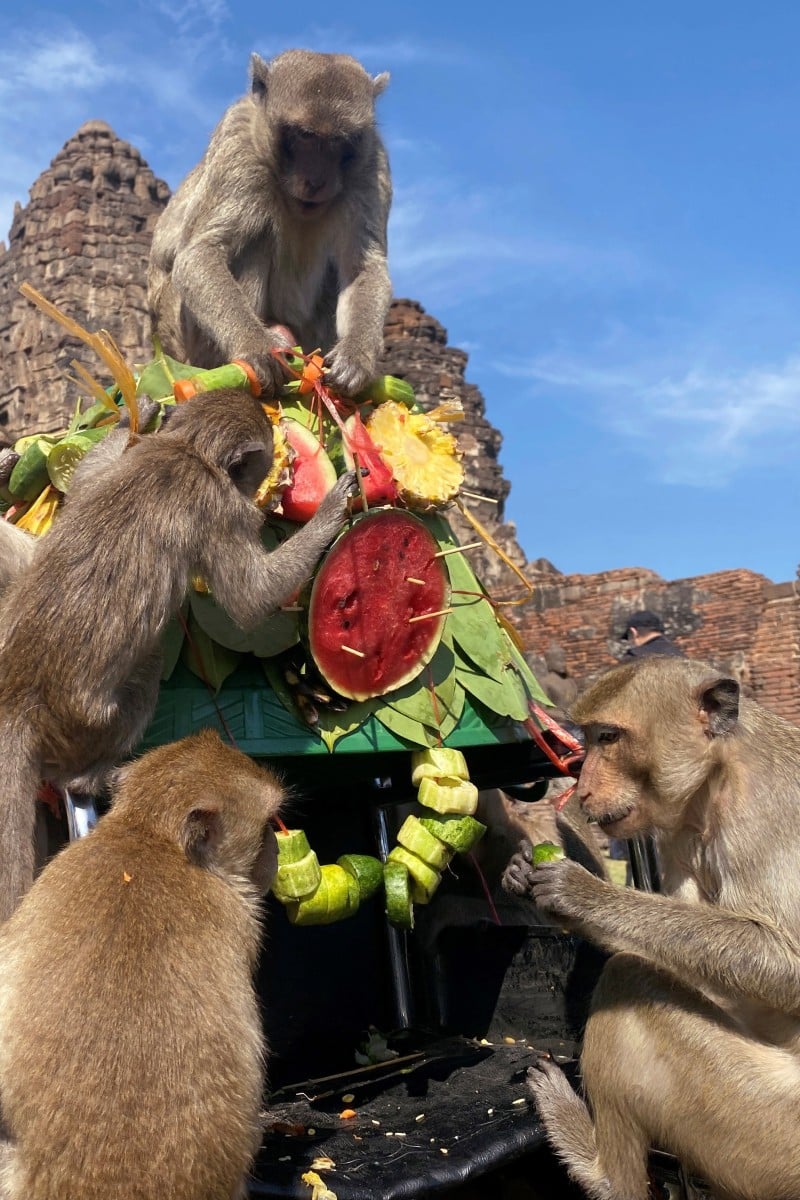 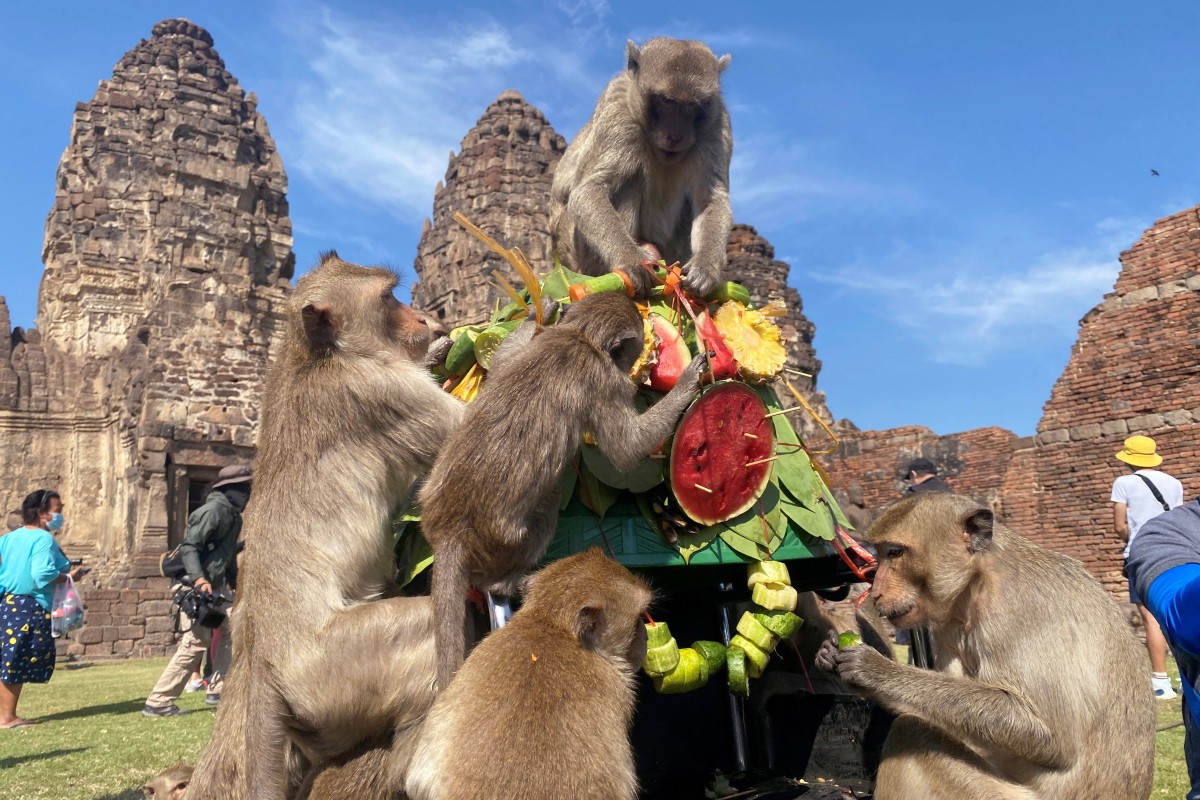 Thousands of monkeys in Lopburi in central Thailand feasted on tonnes of fruits and vegetables on Sunday after the town’s Monkey Festival resumed following a two year hiatus caused by the pandemic.

Watched by tourists and locals, hundreds of macaques, also known as long-tailed monkeys, were seen climbing on people and stacks of fruit, munching away on bananas and pineapples.

The feast, which cost over 100,000 baht (US$3,000), is an annual tradition for locals to thank the monkeys for doing their part in drawing in tourists to Lopburi, which is sometimes known as “Monkey Province.”

Rescued elephants in India enjoy feast ahead of own world day

“Today’s special is durian, which is expensive. Lopburi monkeys like expensive things,” said Yongyuth Kitwatanausont who has previously organised over 30 monkey festivals.

The theme for this year’s festival was wheelchair monkeys, and Yongyuth planned to donate 100 wheelchairs to needy people.

Tourists have been gradually returning to Thailand after the government launched a quarantine-free travel scheme for vaccinated tourists in November, and the festival proved a popular draw.

Thailand saw more than 100,000 inbound travellers in November, as high as the number of arrivals in the first 10 months combined.

“I’m really happy to get to see this and now I’m thinking about going to the next festival,” said Moroccan tourist Ayoub Boukhari. “It’s quite unexpected and the monkeys are quite silly.”

Some tourists were seen playing with the monkeys with their cameras. The resumption of the tradition also pleased locals.

“It’s the first time in two years that monkeys get to eat all kinds of fruits and vegetables,” said Thanida Phudjeeb. “I’m happy for them.”