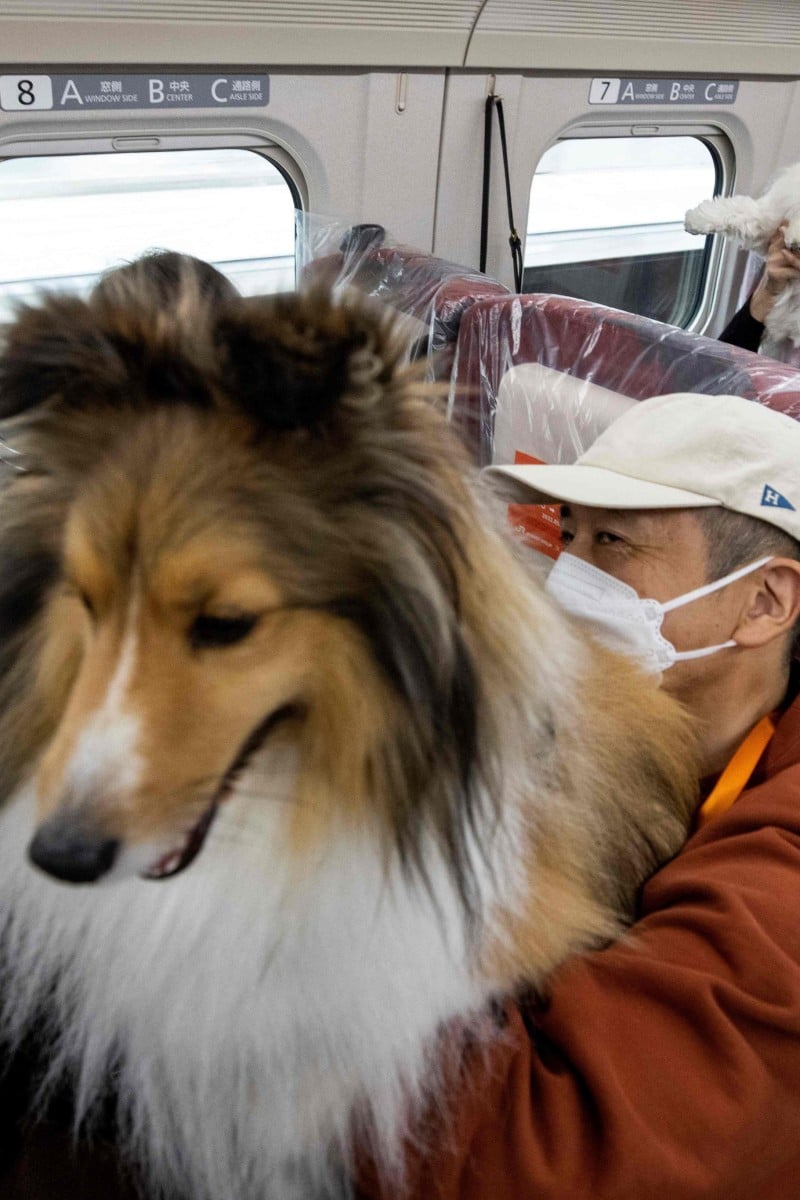 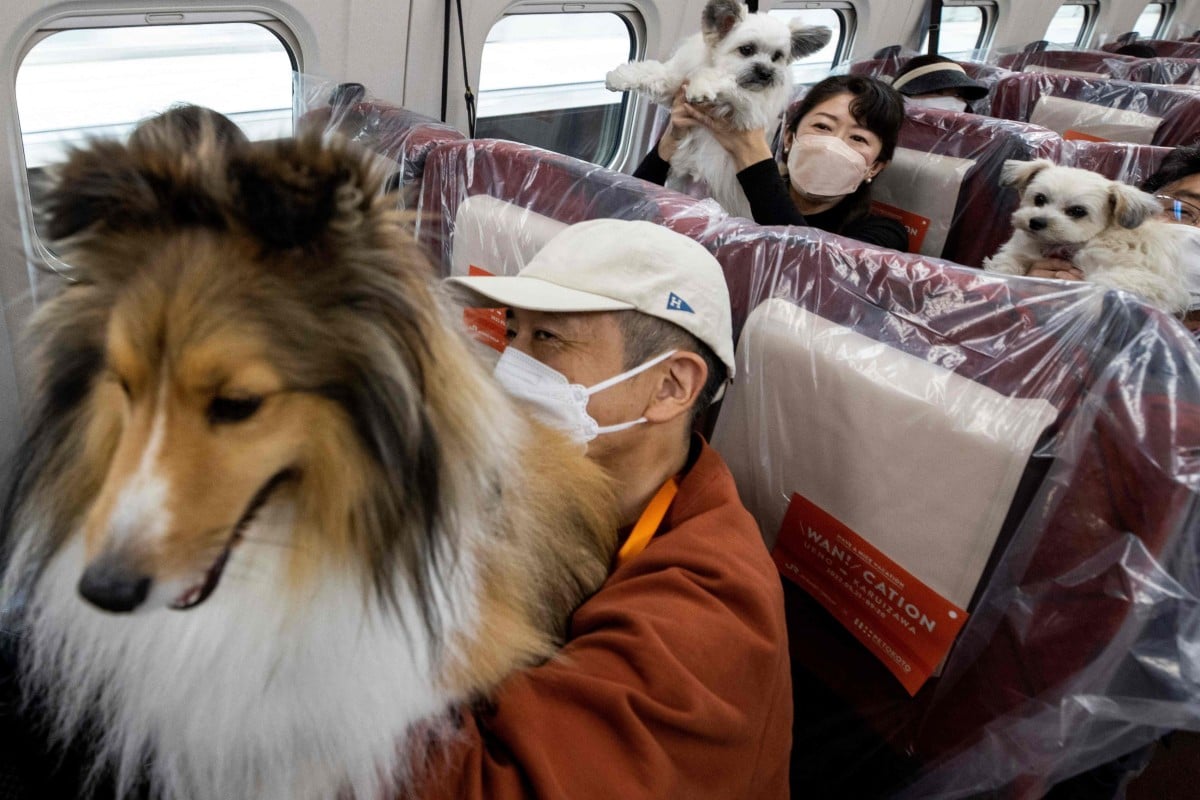 On Japan’s bullet trains, dogs usually have to travel in a carrier, but on Saturday they were allowed to stretch their paws and enjoy the scenery on a special pet-friendly express. Photo: AFP

On Japan’s bullet trains, dogs usually have to travel in a carrier, but on Saturday they could stretch their paws and enjoy the scenery on a special pet-friendly express.

At Ueno station in Tokyo, 21 furry passengers boarded the sleek shinkansen train for a one-hour ride to the resort town of Karuizawa with their owners.

“We’re having fun,” Yukari Seino, 48, told Agence France-Presse, petting her seven-month-old chihuahua named Chobi, perched comfortably on her lap. “We travel a lot together, but in the past I’ve felt bad about keeping my dog in a cage,” she said, adding that the journey had been stress-free so far.

Other four-legged day trippers on board the first ever “doggy holiday” service run by Japan Railways included Pomeranians, a terrier and a pointy-eared, cheerful-looking Shiba Inu.

“It’s like we’re at home. I’m happy we can ride the train without worrying,” said 39-year-old Yoko Okubo, who joined the trip with her corgi.

Pets are allowed on the shinkansen but they must be kept inside a holder, and their total weight including the cage must not exceed 10 kilograms (22 pounds).

Passengers board a shinkansen bullet train with their dogs for a one-hour ride to the resort town of Karuizawa at the Ueno station in Tokyo. Photo: AFP

A whole carriage was dedicated to the pooches on Saturday’s tour, a pilot project organised by railway company JR East and its subsidiary JR East Start Up.

They are keen to organise more regular pet-friendly excursions in the future, Start Up official Shino Furukawa told Agence France-Presse.

“We’ve received requests from customers who want to have a relaxing time with their dogs on the train,” she said. “We want to create an environment where people can live in harmony with their pets, who are part of the family. This is a big step towards making pet-friendly public transport a reality.”

Japanese trains are famous for being spotlessly clean, and one of the biggest challenges was to maintain the impeccable standards on board, she said.

Staff put plastic covers on all the seats and brought four air purifiers into the carriage, which will be spruced up after the trip to remove all dog hair.