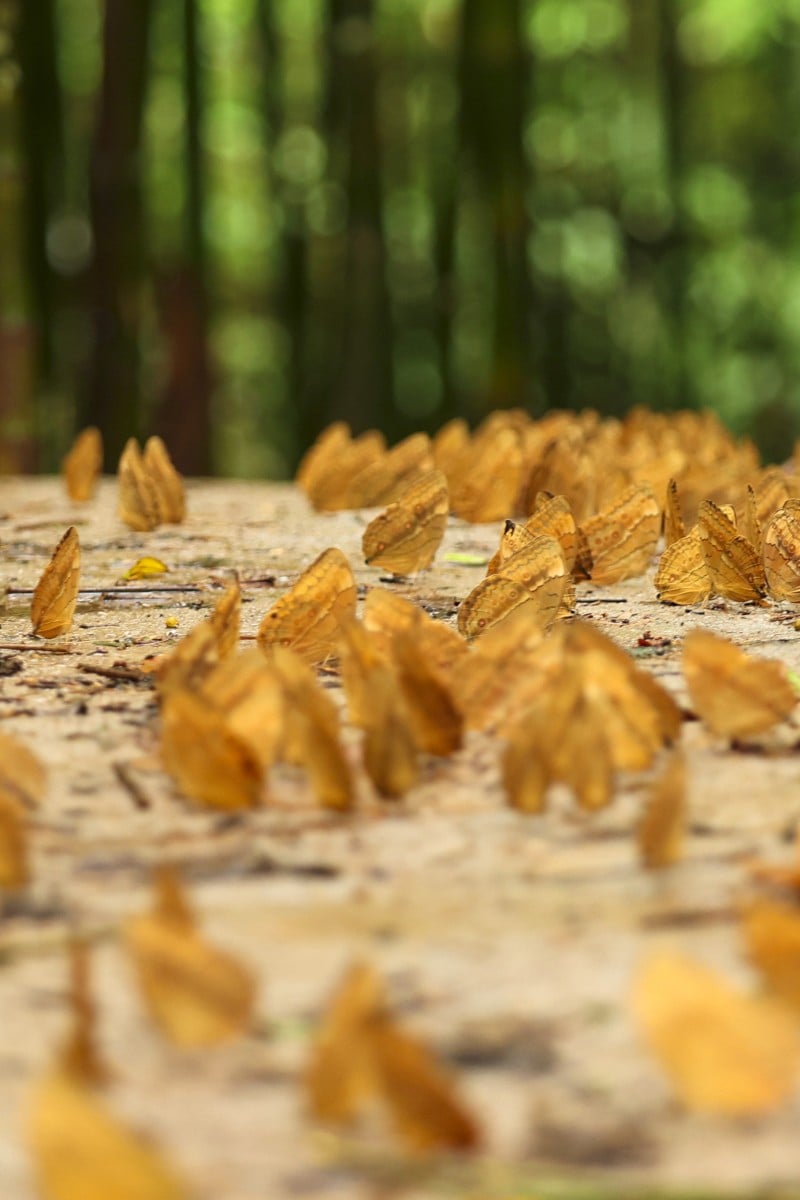 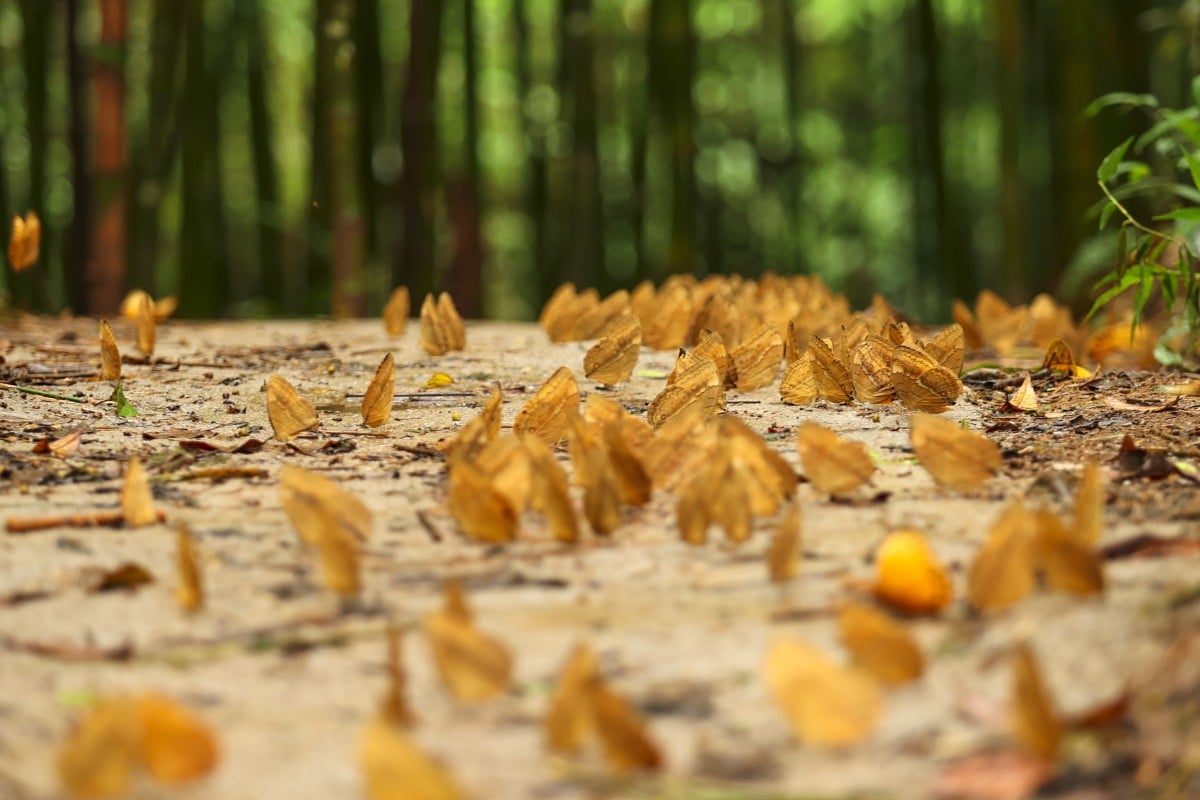 In May and June each year, a large number of larvae in the Stichophthalma, or “jungle queen”, family grows into butterflies within a short time, creating a “butterfly explosion” in the Honghe butterfly valley. Photo: Xinhua

A rare “explosion” of millions of butterflies from their chrysalises in China’s southwestern province of Yunnan has taken social media by storm, with bloggers and visitors describing the scenes as “breathtaking”.

However, the surge in tourist numbers this causes could damage the ecosystem the creatures thrive on, a prominent ecologist has warned.

Wu Zhaolu, an ecology professor at Yunnan University, sounded the note of caution on the area known as Honghe Butterfly Valley as he recalled the fate of yet another famous tourist spot in the province.

The Butterfly Spring in Dali city of Yunnan was where tourists could view thousands of the newly emerged winged insects, many of them connecting with each other in a line with their heads and tails meeting.

“In the 60s, newspapers reported how the tourists went crazy for that view. Too many people rushed here. Years later, the butterflies left the place,” said Wu. “There are a lot of spectacular insect sceneries in Yunnan. We do have a perfect ecosystem. The recently discovered ‘butterfly explosion’ is merely one of them.”

On Chinese social media platforms, bloggers have recorded how they drove to the valley to “dance with the butterflies”. “I don’t want the Butterfly Valley to be the next Butterfly Spring,” Wu said.

Over 400 species of butterflies have been found in the area in Jinping city, about 420km from the capital Kunming. In May and June each year, a large number of larvae in the Stichophthalma, or “jungle queen”, family grows into butterflies within a short time, creating the spectacle of a “butterfly explosion”.

The phenomenon has only been observed in two places in the world – the forests and mountains of southwestern China and in Mexico.

Jinping has long been a perfect place for butterflies to multiply, with its warm and humid weather and plentiful supply of bamboo – the insects’ main food supply.

“Jinping is home to a bamboo species that butterflies particularly like, the Indosasa Sinica,” Hu Shaoji, a researcher at Yunnan University’s Institute of International Rivers and Eco-security, told state broadcaster CCTV.

“Based on the samplings at 23 observation sites in the valley, the total number of butterflies during this year’s explosion will be over 100 million, and the explosion will last until July,” Yang Zhenwen, curator of the Butterfly Valley museum in Maandi town in Jinping, told Xinhua.

This number is lower than the record 150 million butterflies observed at the valley last year – which was three times the number in 2020.

Considering the low survival rate of caterpillars actually growing into butterflies, Wu estimated that there could have been 10 billion of them in the Butterfly Valley around April.

Wu compared caterpillars to locusts as they eat a great amount of leaves and bamboo, which may damage the local vegetation balance, whereas butterflies feed mostly on tree sap and even on other dead creatures.

“We don’t need to worry much about butterflies. Instead, we need to focus on the period when they are still caterpillars, ” said Wu.