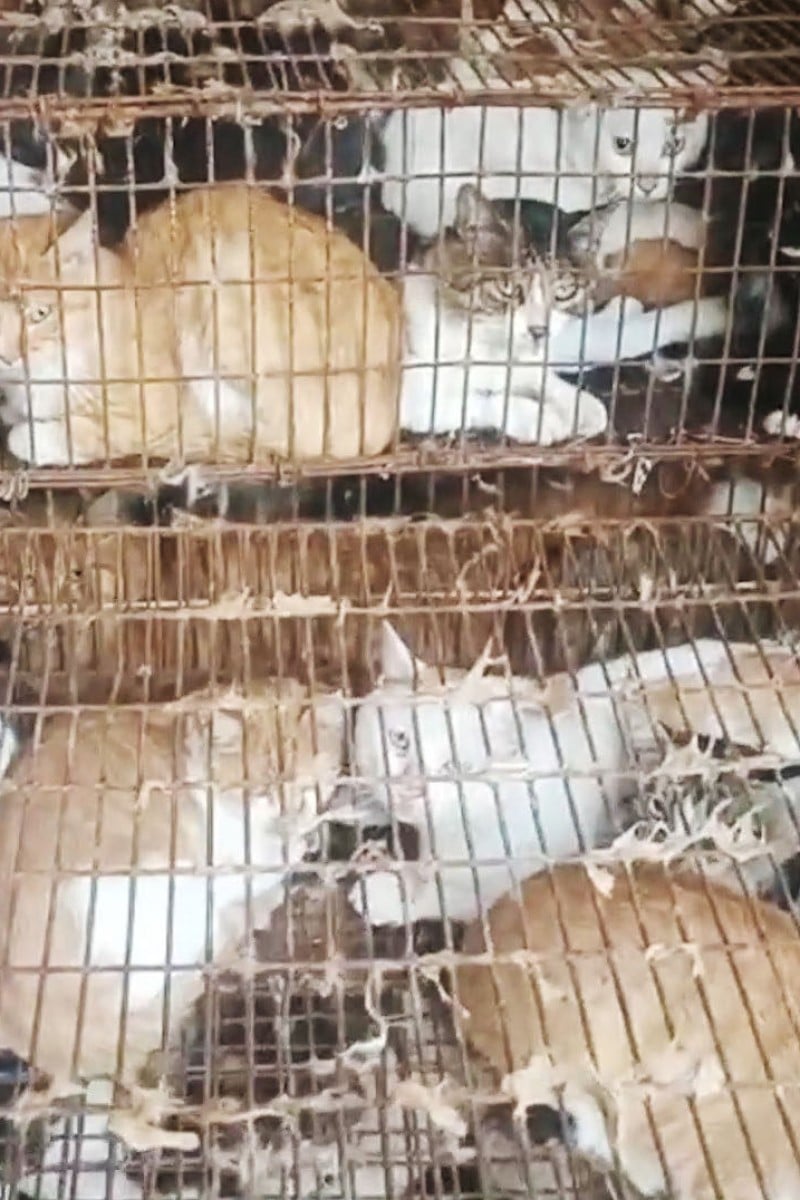 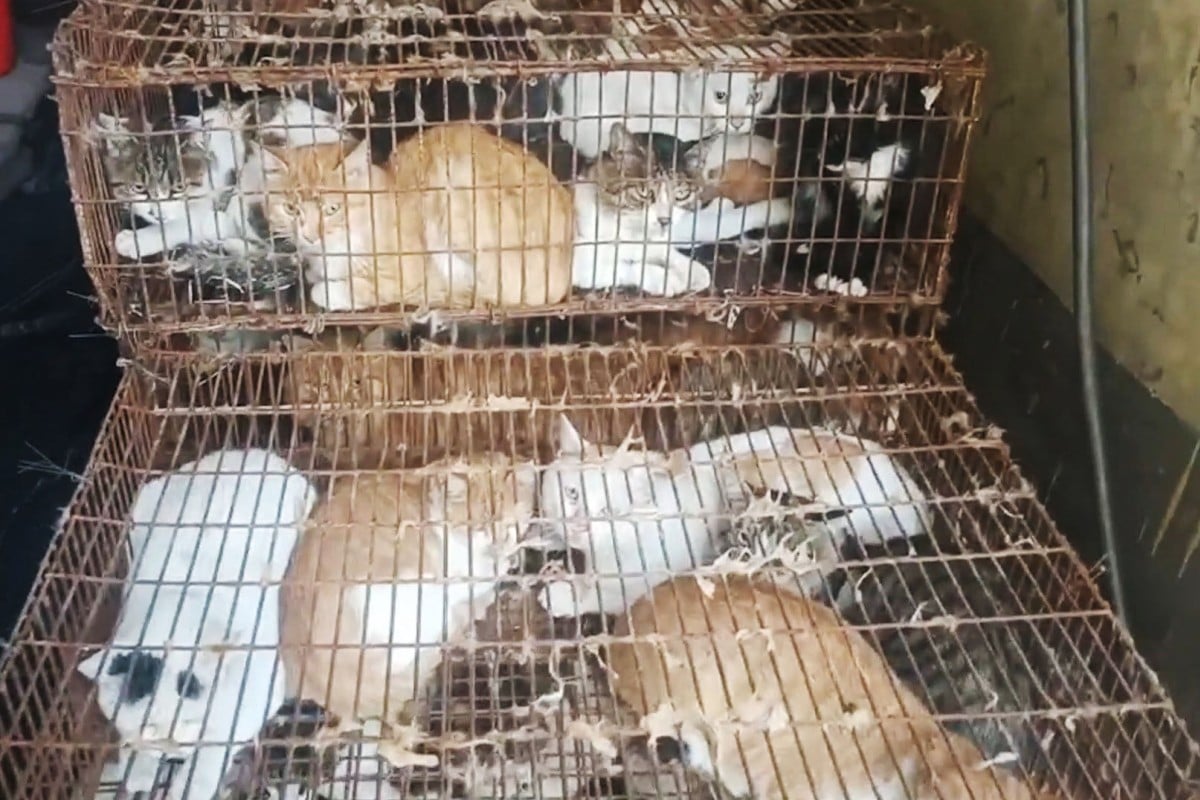 Police in the eastern city of Jinan, Shandong province, rescued the cats, believed to be pets, stolen and intended for sale to meat traders. Photo: Handout/Vshine/Humane Society International/AFP

Nearly 150 cats bound for slaughterhouses have been rescued by police in eastern China, an international animal welfare organisation said.

The animals were crammed into rusty cages when they were found by police in the eastern city of Jinan in Shandong province, Humane Society International (HSI) said in a statement Tuesday.

A gang placed sparrows in cages as bait and used a remote control to shut the traps as soon as each cat entered, an activist with local animal rights group VShine said.

“It was shocking to see the state they were in, many of them emaciated and crying out,” an activist, who only offered their last name Huang, said in a statement to HSI. “Our discovery of dozens of live sparrows used as bait to lure the cats was also a big shock.”

Most of the rescued felines are believed to have been household pets and have been sent to local animal shelters, the statement added.

Activists also found 31 sparrows – a protected species in China – at the scene and released them back into the wild.

The animals were crammed into cages when they were found by police. Photo: Handout/Vshine/Humane Society International/AFP

China has no animal cruelty prevention laws, but the suspects could face penalties for hunting the birds, property theft and for violations of animal epidemic prevention rules.

Around 10 million dogs and four million cats are killed for human consumption each year in China, according to HSI.

Dog and cat meat is considered a delicacy in some parts of China, and the trade in their flesh remains lucrative enough to spur criminal gangs to steal pets, though the habit has seen a steady decline as pet ownership has risen.

Every June, the city of Yulin in southern China hosts a dog meat festival, where live canines and cats are sold for eating.

The tradition of eating dogs and cats in south China’s Guangdong and Guangxi provinces dates back thousands of years.

“These are China’s two main cat meat eating hotspots,” Dr Peter Li, HSI China policy specialist, said in a statement. “Throughout the rest of mainland China, cat meat is not part of the food culture at all.”

The Covid-19 outbreak appears to have further reduced the appetite for cat and dog meat, after the disease was linked to a market in the central city of Wuhan selling live animals for food.

China banned the consumption and trade of wildlife in 2020.

The Guangdong cities of Shenzhen and Zhuhai banned the consumption of dogs and cats in April that year, becoming the first cities in China to do so.