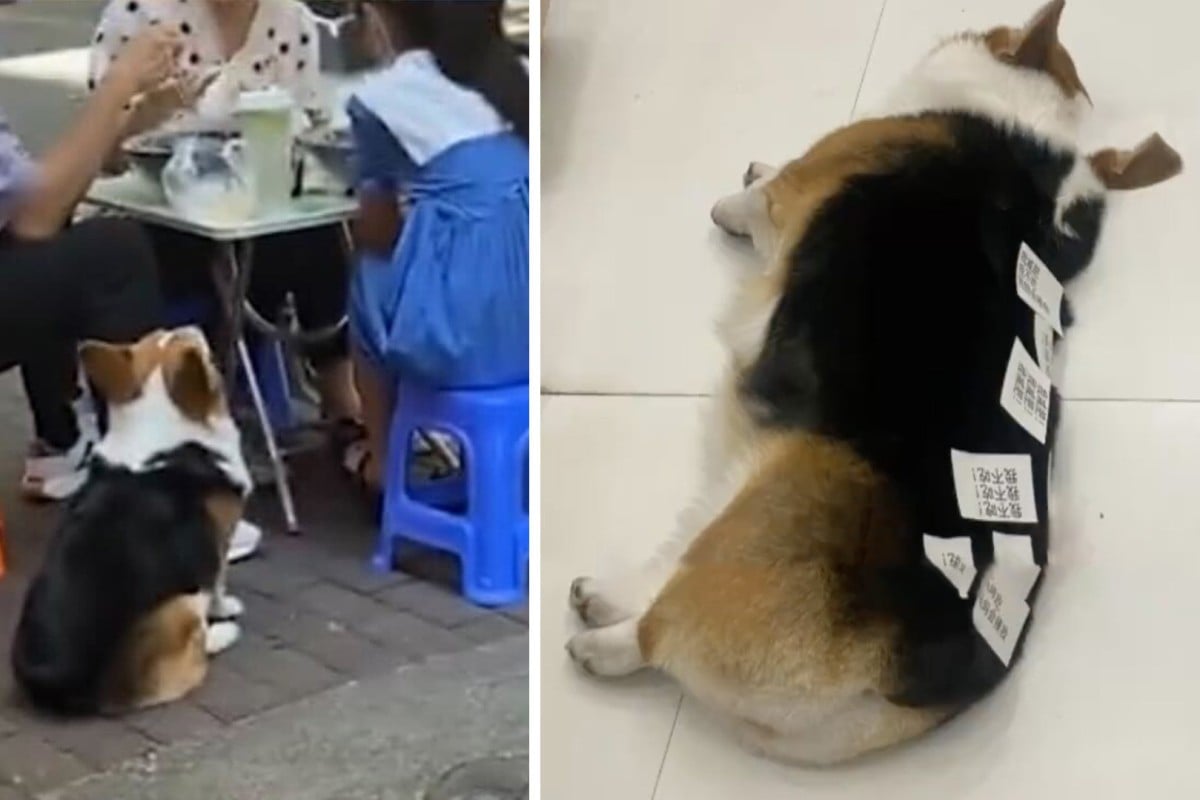 A dog owner in southern China was so worried about strangers feeding her pet corgi that she placed a Post-it note on the canine urging people not to feed it and even threatened to beat the animal if people did not comply.

The owner, a woman surnamed Tang, from Nanning in Guangxi, became concerned about her pet’s health when she realised customers from an eatery near her home had been feeding her corgi. In a bid to stop people feeding her dog, Tang put a Post-it note on the corgi’s body in an act of desperation, The Moment reported.

Tang lives close to a beef offal restaurant where her dog often likes to go and hang around. She said she enjoyed seeing her corgi being welcomed and patted by people and was unconcerned and did not pay much attention to him when he wandered in the neighbourhood.

“My corgi shows up at the eatery every day, watching the customers eating the beef offal,” Tang said.

In a viral video of the corgi, the dog is seen crouched on the ground, looking up at three customers gathered around a table eating offal.

Tang said that most customers liked to feed her corgi. And for a long time she had not thought too much about it until she noticed the dog was getting heavier over time. “Now it is overweight, and it doesn’t eat dog food any more,” she said.

After careful thought, Tang came up with the idea of putting a Post-it note on the corgi’s body, telling people not to feed the dog. “I’m fat, I need to lose weight so don’t feed or my mum will beat me,” Tang wrote on the Post-it note.

In one note the owner threatened to abuse her dog if people fed it: “I’m fat, I need to lose weight so don’t feed or my mum will beat me”, it warned. Photo: Weibo

Tang said she hoped that people would avoid feeding her corgi unhealthy human foods that would impact its health and lifespan.

The story of the gluttonous corgi has delighted mainland social media users, at the time of writing, the video news post attracted 2.25 million views and 1,274 comments.

One person wrote: “Hahaha, it must be the fattest corgi I’ve ever seen.”

Another said: “What a gluttonous corgi it is!”