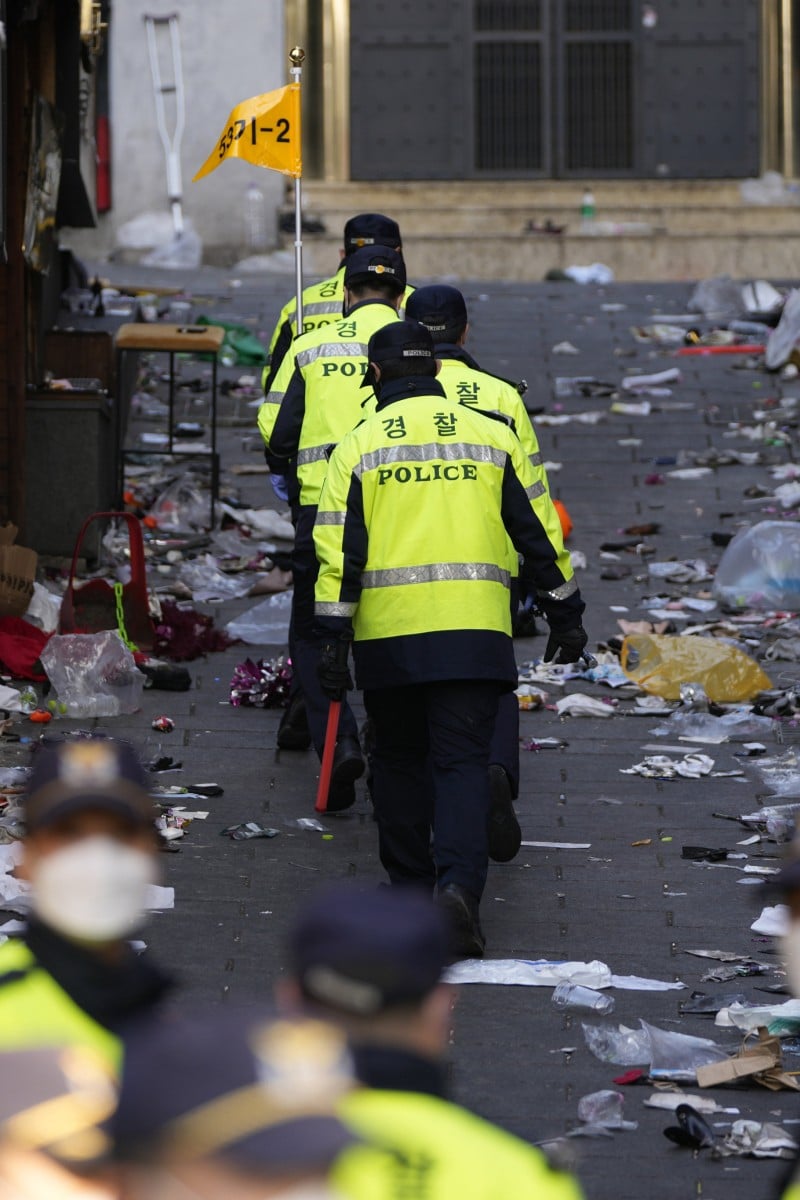 Seoul Halloween stampede: how and why do crowd surges turn deadly? 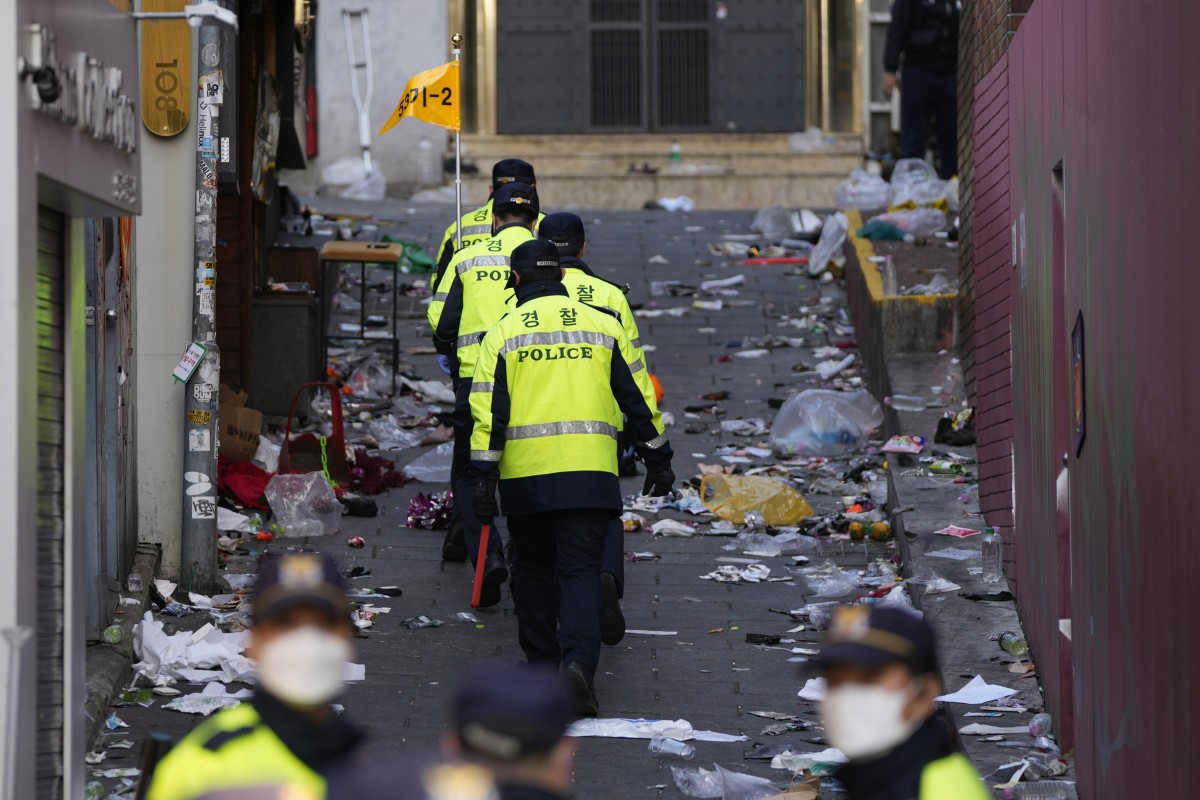 It happened at a music festival in Houston, a soccer stadium in England, during a haj pilgrimage in Saudi Arabia, in a Chicago nightclub, and countless other gatherings: Large crowds surge toward exits, onto playing fields or press up against a stage with such force that people are literally squeezed to death.

And it has happened again, during Halloween festivities in the South Korean capital Seoul, where a crowd pushed forward, the narrow street they were on acting as a vice, leaving more than 140 people dead and 150 more injured.

The risk of such tragic accidents, which receded when venues closed and people stayed home due to the Covid-19 pandemic, has returned.

To be sure, most events where large crowds gather happen without injury or death, with fans coming and going without incident. But those that went horribly wrong shared some common traits. Here is a look at why that happens:

In 1998, fights broke out in Hong Kong over McDonald’s Snoopy toys

How do people die at these events?

While films that show crowds desperately try to flee suggest getting trampled might be the cause of most of the deaths, the reality is most people who die in a crowd surge are suffocated.

What cannot be seen are forces so strong that they can bend steel. That means something as simple as drawing breath becomes impossible. People die standing up and those who fall die because the bodies on top of them exert such pressure that breathing becomes impossible.

“As people struggle to get up, arms and legs get twisted together. Blood supply starts to be reduced to the brain,” G. Keith Still, a visiting professor of crowd science at the University of Suffolk in England, told NPR after the Astroworld crowd surge in Houston last November. “It takes 30 seconds before you lose consciousness, and around about six minutes, you’re into compressive or restrictive asphyxia. That’s generally the attributed cause of death – not crushing, but suffocation.”

Flowers are placed in front of the scene where at least 150 people died and were injured in a stampede during Halloween festivities in Seoul, South Korea, October 30. Photo: Reuters

What is the experience of being swept into a crush of people like?

Survivors tell stories of gasping for breath, being pushed deeper under what feels like an avalanche of flesh as others, desperate to escape, climb over them. Of being pinned against doors that will not open and fences that will not give.

“Survivors described being gradually compressed, unable to move, their heads ‘locked between arms and shoulders ... faces gasping in panic,’” according to a report after a human crush in 1989 at the Hillsborough soccer stadium in Sheffield, England, led to the death of nearly 100 Liverpool fans. “They were aware that people were dying and they were helpless to save themselves.”

Rescue workers treat injured people on the street near the scene of the stampede at Seoul’s popular Itaewon – witnesses say the nightmarish scene intensified as people performed CPR on the dying and carried limp bodies to ambulances, while dance music pulsed from garish clubs lit in bright neon. Photo: AP

What triggers such events

At a Chicago nightclub in 2003, a crowd surge began after security guards used pepper spray to break up a fight. Twenty-one people died in the resulting crowd surge. And this month in Indonesia, 131 people were killed when tear gas was fired into a half-locked stadium, triggering a crush at the exits.

In Nepal in 1988, it was a sudden downpour that sent soccer fans rushing toward locked stadium exits, leading to the deaths of 93 fans. In the latest incident in South Korea, some news outlets reported that the crush occurred after a large number of people rushed to a bar after hearing that an unidentified celebrity was there.

But Still, the British professor who has testified as an expert witness in court cases involving crowds, pointed to a variation of the age-old example of someone shouting “Fire” in a crowded cinema. He told the Associated Press last year that what lights the fuse of such a rush for safety in the US, more than in any other country, is the sound of someone shouting: “He has a gun!”

Police officers guard the scene of the stampede. Photo: Xinhua

What role did the pandemic play?

Stadiums are filling up again. During the pandemic, as games went forward, teams took some creative steps to make things look somewhat normal. Cardboard figures of fans were placed in some of the seats and crowd noise was piped in – a sports version of a comedy show laugh track.

Now, though, the crowds are back, and the danger has returned.

“As soon as you add people into the mix, there will always be a risk,” Steve Allen of Crowd Safety, a UK-based consultancy engaged in major events around the world, told the Associated Press in 2021.