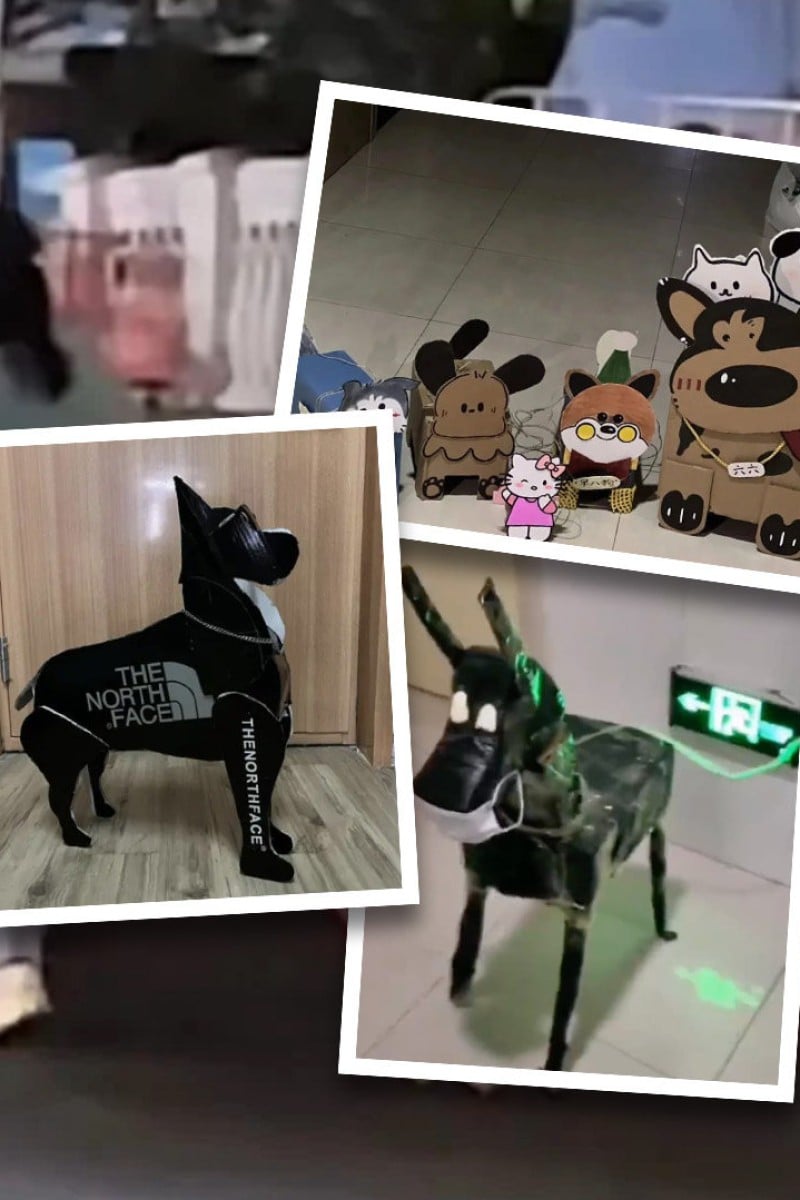 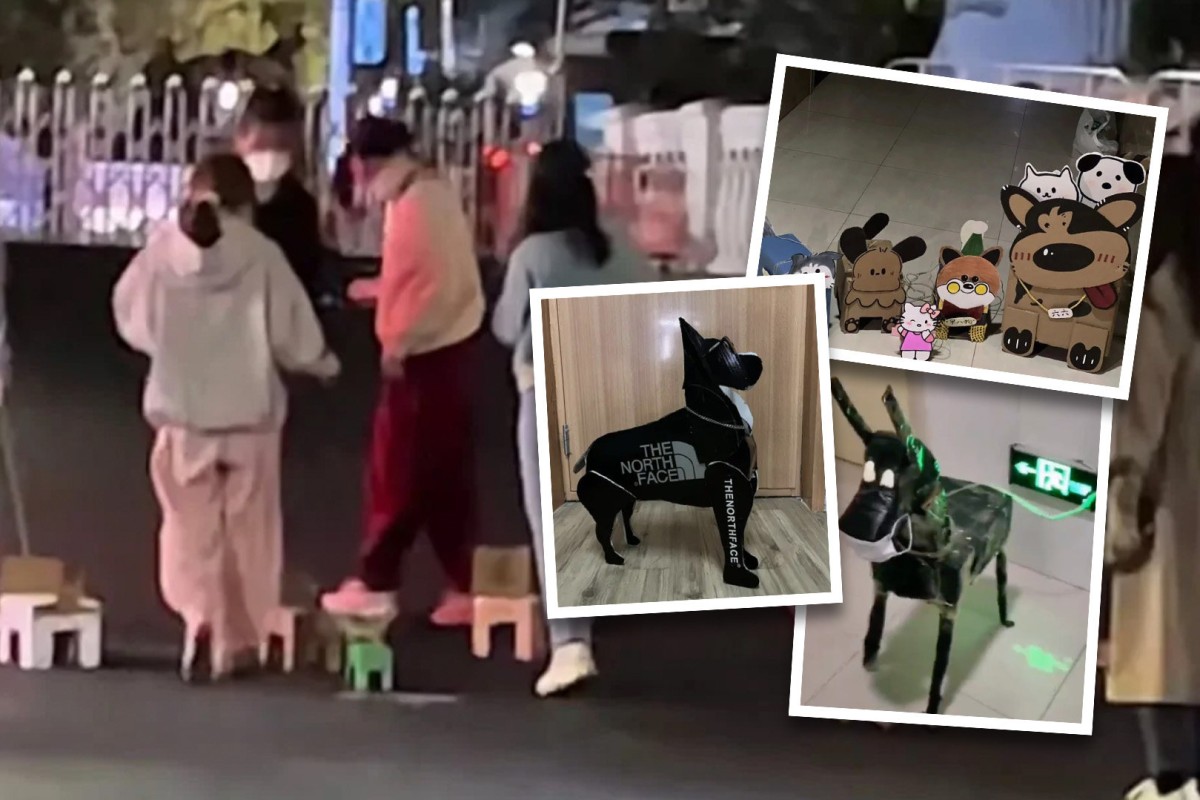 Many locked-down Chinese university students have turned to making cardboard pets to cure their boredom and loneliness.

As the Chinese government continues to enforce a zero-Covid policy, thousands of young people have been confined to campus resulting in soaring levels of tedium and isolation.

In an attempt to ease their woes, students across the nation have begun making handicraft animal companions out of recycled cardboard. The craze has led some online commentators to speculate that the young people involved may have gone stir-crazy.

Among other practices, students place their handcrafted pets – mainly dogs – at their dormitory doors and take them for a walk when going for lunch or PCR tests, which China is still using to identify cases of the fast-spreading Omicron variant, according to viral pictures and videos shared on mainland Chinese social media.

Inspired by different species in the real world and popular emojis online, many students have created differently designed paper animals and shared them at school and online.

Having spent three years under the shadow of strict Covid controls, many said the latest fad could provide “spiritual comfort”.

“I saw online that many people were doing this, and many of my classmates too. And personally, I need a dog to comfort my heart when living on campus,” a student, surnamed Gong, from Northwest University in Xian city told local news portal cnwest. com.

A line-up of cardboard ‘pets’ made by university students stuck in Covid-19 prevention lockdowns. Photo: ifeng.com

“A cardboard dog doesn’t get old or fall ill. It needn’t endure disinfection and it will always wait for me at the door,” one student said on Weibo, referring to the common practice of disinfecting pets, which has sometimes led to death, when their owners were placed in quarantine.

In one case during Shanghai’s traumatic two-month-long lockdown earlier this year, a pet dog who had accompanied a 70-year-old woman – who had lived alone for more than a decade – died in May after health workers disinfected it along with the woman’s personal belongings after she returned from a quarantine centre.

The latest craze has been met with mixed reactions from the public, with one Weibo user saying: “These students are going mad after being confined for too long.”

“It’s cute but sad,” said another poster on Twitter.

A manga character taking his dog out for a walk. Photo: ifeng.com

While most parts of the world have reopened in the third year of Covid-19, partial lockdowns are still commonplace in China, with students in a large portion of universities forbidden to leave the campus.

Altogether, 3,200 new cases, more than 2,600 of which presented without symptoms, were recorded in mainland China on Wednesday, according to the National Health Commission.