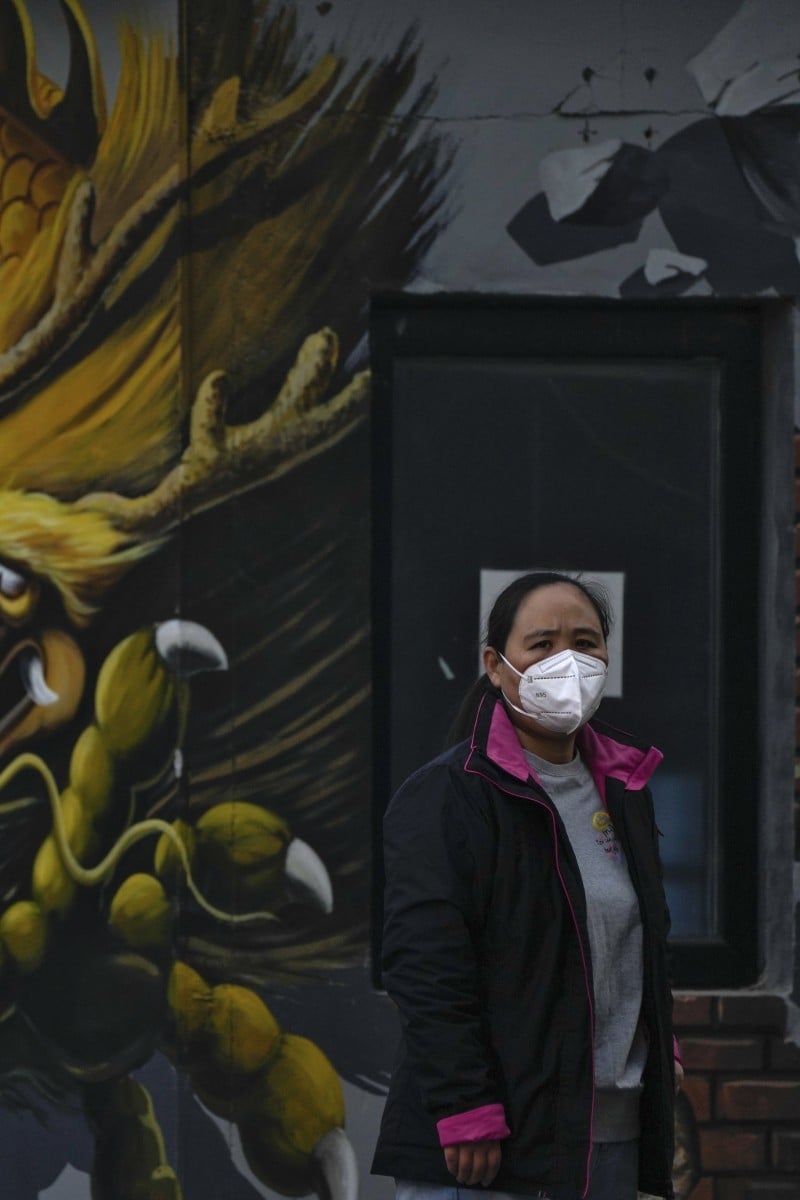 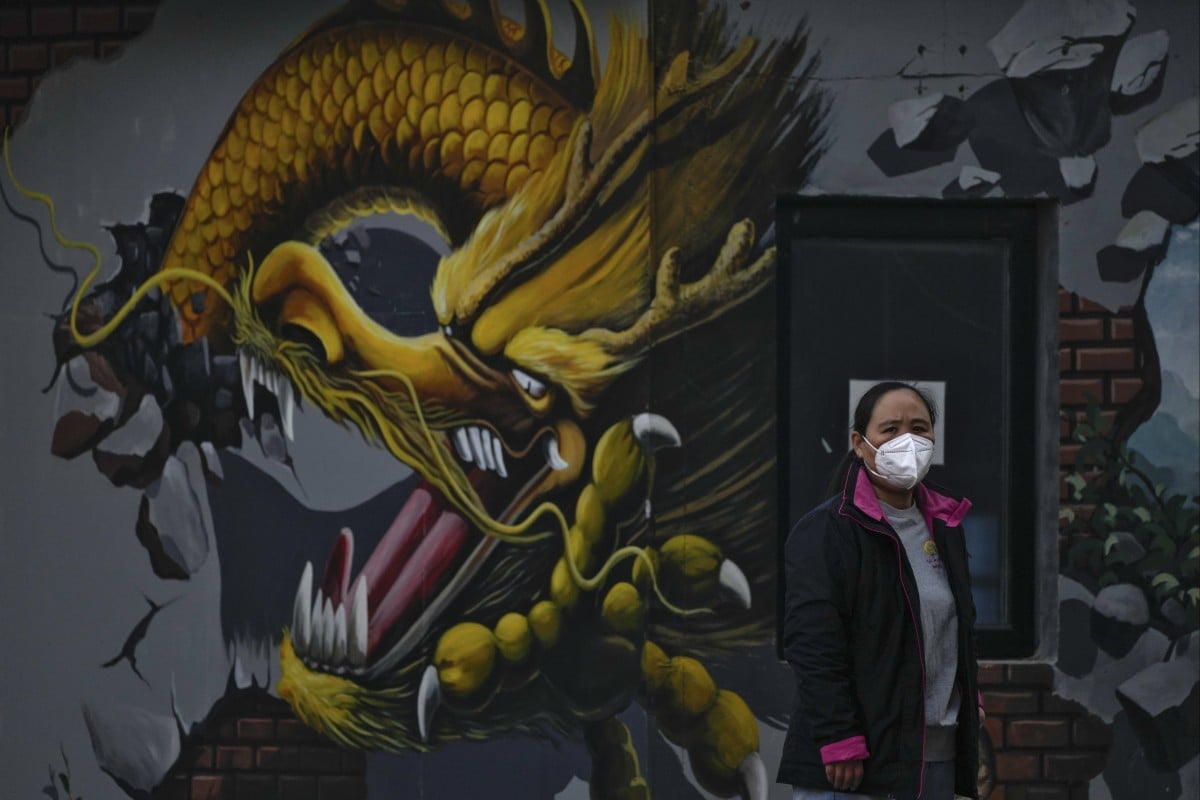 A woman wearing a face mask stands near a mural depicting a dragon in Beijing on Wednesday, November 23, 2022. China is seeing its highest number of coronavirus cases since the pandemic began. Photo: AP

China’s daily Covid cases have climbed to the highest since the pandemic began, official data showed on Thursday, despite the government persisting with a zero-tolerance approach involving gruelling lockdowns and travel restrictions.

The numbers are relatively small when compared with China’s vast population of 1.4 billion and the caseloads seen in Western countries at the height of the pandemic.

But under Beijing’s strict zero-Covid policy, even small outbreaks can shut down entire cities and place contacts of infected patients into strict quarantine.

The unrelenting zero-Covid push has caused fatigue and resentment among swathes of the population as the pandemic’s third anniversary approaches, sparking sporadic protests and hitting productivity in the world’s second-largest economy.

A security guard in a protective suit keeps watch at an entrance gate to a neighbourhood in Beijing. Photo: AP

The latest figures exceed the 29,390 infections recorded in mid-April when megacity Shanghai was under lockdown, with residents struggling to buy food and access medical care.

The capital now requires a negative PCR test result within 48 hours for those seeking to enter public places such as shopping malls, hotels and government buildings, Beijing authorities said. Schools across the city have moved to online classes.

The southern manufacturing hub of Guangzhou – where nearly a third of the latest Covid cases were found – has built thousands of temporary hospital rooms to accommodate patients.

A series of new rules announced by the central government earlier this month appeared to signal a shift away from zero-Covid, easing quarantine requirements for entering the country and simplifying a system for designating high-risk areas.

But China has yet to approve more effective mRNA vaccines for public use and only 85 per cent of adults over 60 had received two doses of domestic vaccines by mid-August, according to health authorities.

This file photo taken on November 23, 2022 shows a health worker taking a swab sample from a girl to be tested for Covid-19 at a collection station in Beijing. Photo: AFP

And Shijiazhuang, a city neighbouring Beijing that was seen as a pilot for testing reopening strategies, reversed most of its easing measures this week.

“The path to reopening may be slow, costly and bumpy,” Ting Lu, chief China economist at Nomura, said in a note.

“Shanghai-style full lockdowns could be avoided, but they might be replaced by more frequent partial lockdowns in a rising number of cities due to surging Covid case numbers.”