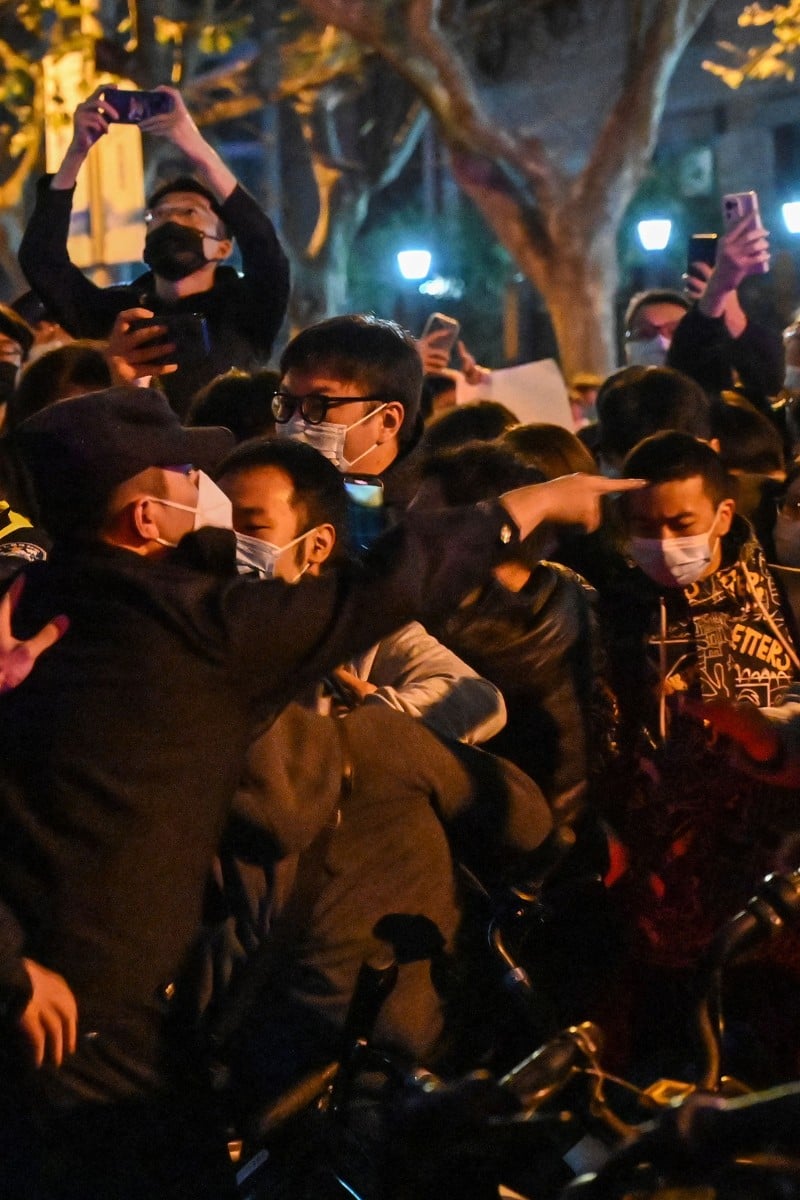 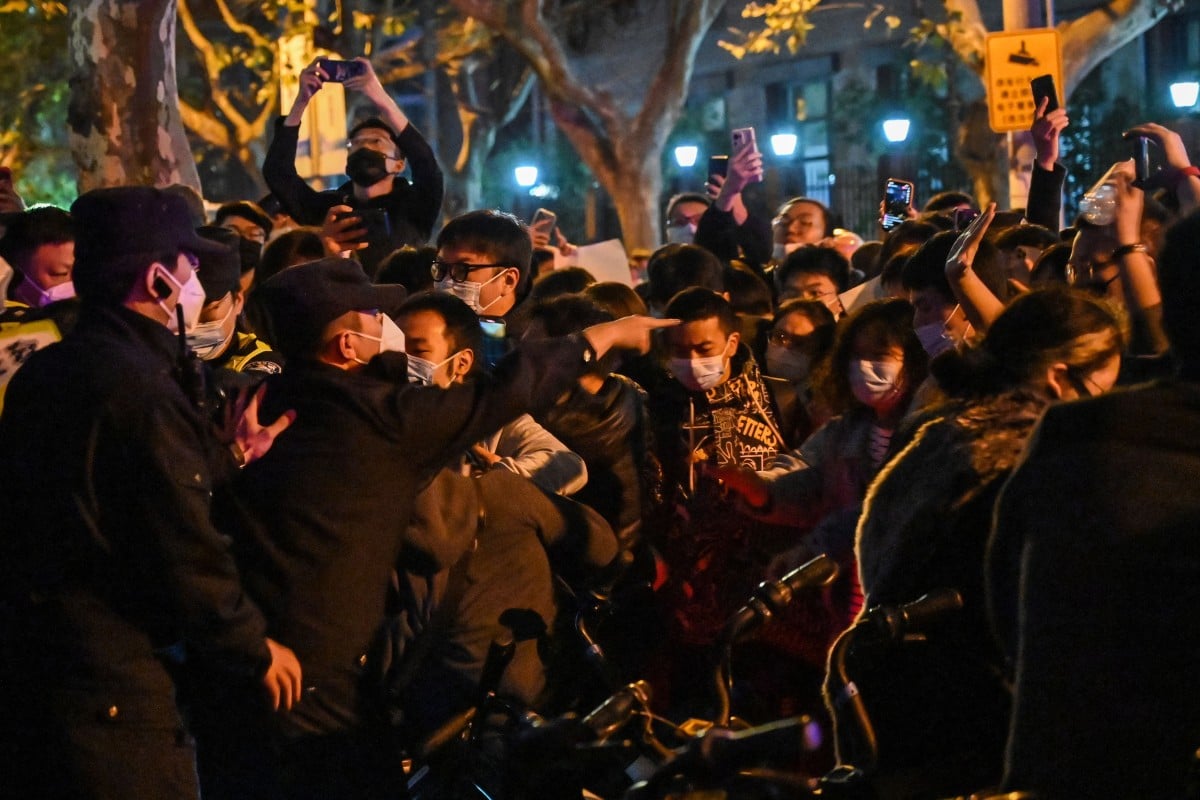 Police and people seen during clashes in Shanghai on November 27, 2022, where protests against China’s zero-Covid policy took place the night before, following a deadly fire in Xinjiang. Photo: AFP via Getty Images/TNS

Authorities in China’s financial hub of Shanghai will from Monday scrap some testing requirements in the country’s latest relaxing of its strict zero-Covid policy following nationwide protests unseen in decades.

Multiple cities have started to roll back some restrictions after public resentment at harsh and prolonged containment measures reached a boiling point last weekend, when spontaneous protests broke out in multiple Chinese cities.

Shanghai residents will no longer need a 48-hour negative test result to use public transport and enter outdoor venues such as parks and tourist attractions, authorities said in a WeChat post on Sunday.

The city of more than 23 million was sealed off for months this year, weighing heavily on domestic economic activity.

Shanghai follows multiple cities including Beijing, Tianjin, Shenzhen and Chengdu, which all cancelled the testing requirement for public transport on Saturday.

Beijing’s local authorities also abandoned on Saturday real-name registration that had been required to buy cold and fever medicine.

Chinese health authorities last month released a list of measures designed to “optimise” zero-Covid and minimise its socio-economic impact, but local enforcement of the measures has varied widely.

The northeastern city of Jinzhou said Thursday it would continue to impose lockdowns because “it would be a shame to not achieve zero-Covid when we are able to”, before backtracking the next day after public outcry.

Officials in the eastern city of Jinan said Sunday that residents would still need to scan a health code and have a recent negative test result to access public toilets.

Protests erupted over the past week in residential compounds in cities including Beijing, Shanghai, Wuhan and Guangzhou over what residents deemed were excessive measures.