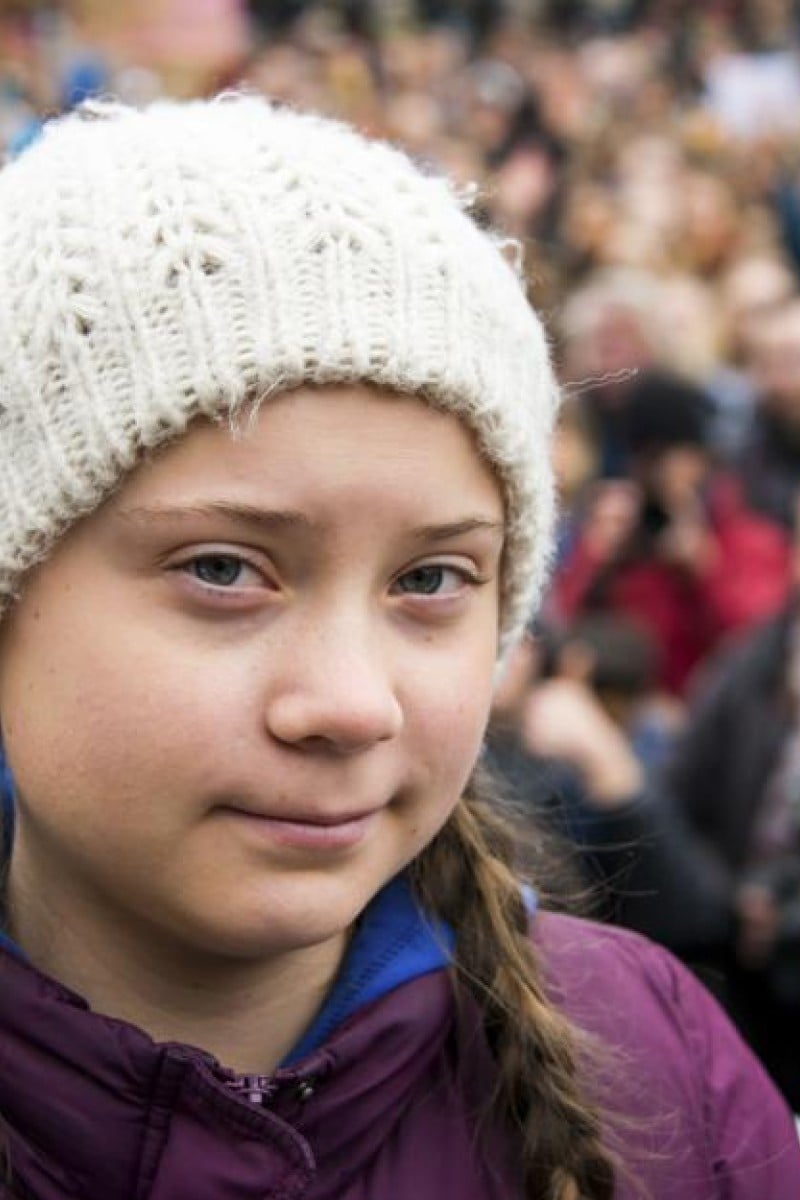 YP EXCLUSIVE: Greta Thunberg, who has inspired global school strikes, tells us about #ClimateStrike, and why adults need to act 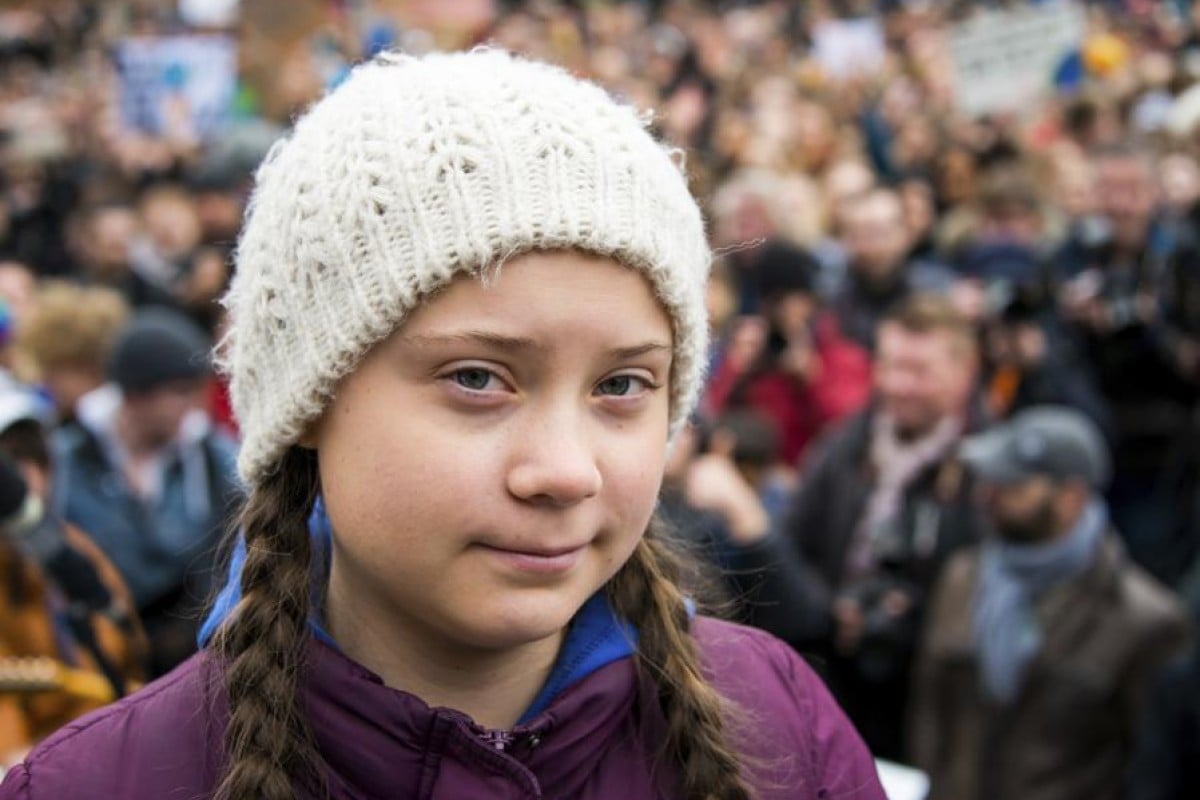 If Swedish teen climate activist Greta Thunberg was given the chance to become the acting head of the United Nations’ Intergovernmental Panel on Climate Change for three days, what would she do?

“On day one, I would explain that a crisis is imminent and that we need to act accordingly. On day two, I’d declare an international state of emergency and establish a remaining global carbon budget based on climate justice, and calculating the numbers for rich countries would be my top priority. On the last day, I’d let everyone know that only democracy, together with science, and goodwill between nations, can save us, as they are the three cornerstones of society,” says the 16-year-old nominated on Wednesday for a Nobel Peace Prize for her work against climate change so far.

In her first and exclusive interview with a Hong Kong-based publication, Greta chats with Young Post via Skype about how her Asperger’s syndrome drove her to take a stand, the steps she’s taken to make a change, and her message to adults opposing the student strikes.

Last August, then 15-year-old Greta got up at 6am on Monday, as usual. But instead of going to school, she sat outside the Swedish parliament, and held a sign that read: “School strike for the climate”.

Passers-by ignored her, until hours later, several journalists stopped by for a chat. Within  24 hours, her story went viral in Sweden, and more students  joined her protest.

A carnival float at a parade in Germany depicting the Greta reads, “Do something against the climate disaster!”
Photo: AFP

“None of my peers were willing to go on a school strike with me, and my parents weren’t very fond of the idea either. So I decided I had to do this by myself – I wasn’t going to let anyone tell me not to do it, so I did it,” says Greta.

Since those two weeks of sitting outside the parliament building, Greta has dominated headlines across the world and gained widespread media coverage, which earned her opportunities to speak at prestigious events, often with world elites as her audience members.

At the World Economic Forum Meeting in Davos this year, for example, Greta stared straight into the eyes of world leaders and called them out for their climate inaction.

She credits her fearlessness to her Asperger’s syndrome and believes being on the autistic spectrum allows her to see the world from a unique perspective. “I don’t think [the campaign] would’ve been possible without  [my autism],” she says.

“I work and think a bit differently – whilst it was easy for everyone else to forget about this awful picture of a starving polar bear that was shown to us in class, I wouldn’t have been able to look myself in the mirror if I just let it go.”

The concern for climate change is in her blood – she’s a distant relative of Svante Arrhenius, who won a Nobel Prize in 1903 for his study on carbon dioxide emissions. Since becoming an activist, she and her family have made some dramatic changes in their lifestyles.

Her mother, Malena Ernman, who is a well-known Swedish opera singer, has stopped performing in concerts overseas to reduce her carbon footprint.

Greta’s journey to Davos in January was a rather long but scenic one. “In contrast to other attendees, most of whom flew in by private jets and stayed in luxury hotels, I took a 32-hour train ride there and back, and slept in a tent when it was 18 degrees Celsius outside,” she says. “It’s really nice travelling by train. I’d love to visit Hong Kong one day by taking the Trans-Siberian railway.”

Today, hundreds of thousands of students from at least 1,600 cities and 105 countries are taking part in a global march, which is a part of Greta’s #FridaysForFuture movement. “I will strike every Friday until Sweden is in line with the Paris Agreement, and I hope kids from other countries will do the same,” she says.

According to the World Resources Institute, China is the top emitter of greenhouse gases in the world, responsible for around 27 per cent of global emissions.

At the time of publishing, the Fridays For Future map showed five strikes were due to be held on the mainland. However, students we contacted said one of the strikes had been cancelled. Instead, they will dress in black today in solidarity with striking students. They explained they chose black as the colour to represent what Greta is always saying about “a future that's soon to be no more”.

“The least the older generation can do for us children is to let us protest against their inaction, and since it’s our future, we must let no one tell us what to do when we are trying to save it,” Greta says.

“Also, the rest of the world must strongly support those children who are not allowed to protest.”

To the adults who failed to take the initiative to fight for climate justice, as well as those who do not support these school strikes, Greta says: “If they don’t take responsibility for their actions, they’ll be remembered as some of the worst villains in human history.”