Showcase: These Peak School students found out plastic pollution is worse than anticipated

Aiden Crewe, Alastair Metson, Euan Butler and Vibhu Vajpayee from The Peak School recently took on a mammoth challenge in a bid to clean up our oceans 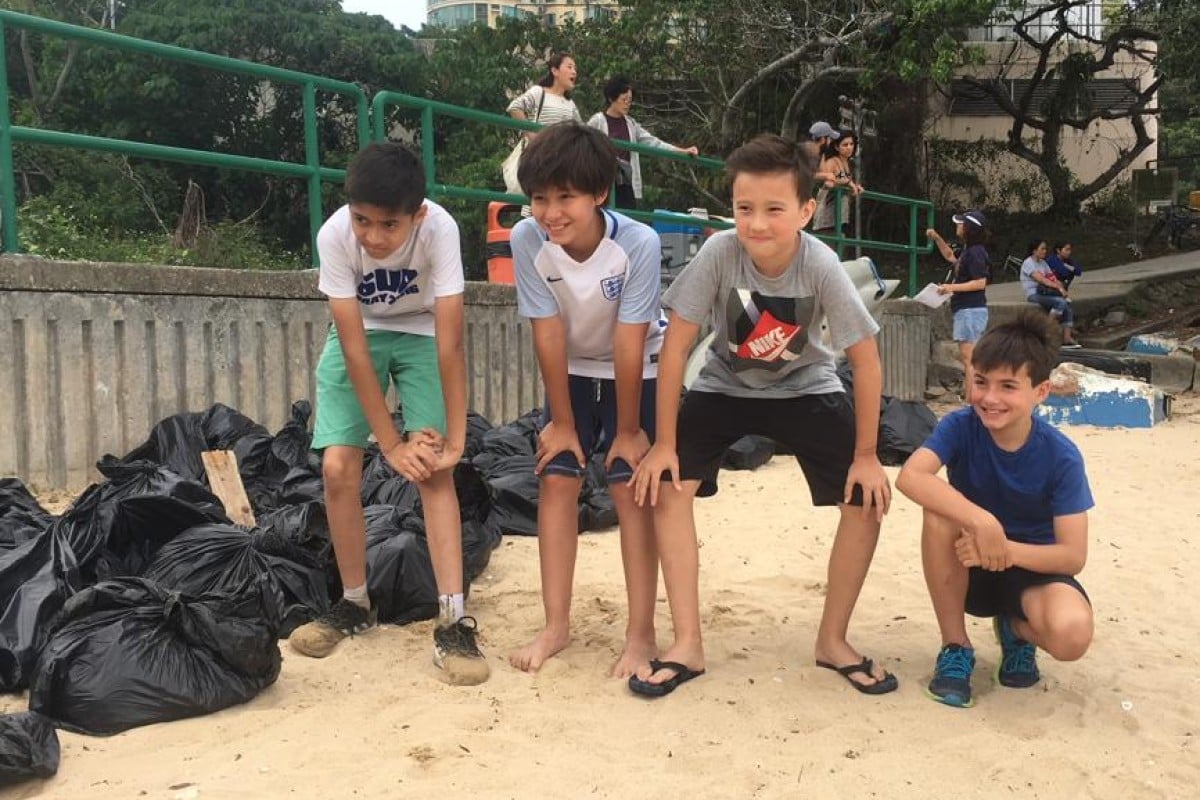 Exhibition is an eight week-long programme, where students from The Peak School work on a project they are most interested in.

Eleven-year-olds Aiden Crewe and Alastair Metson, and Euan Butler and Vibhu Vajpayee, both 10, discovered that they all wanted to help remove plastic from the oceans. So, they worked together to create a documentary that would educate the public about the scale of the plastic problem.

“None of us had any experience making a documentary, but we knew we had to take some action, given how much plastic finds its way to the sea,” said Aiden.

All four boys have proved that age is no obstacle; you’re never too young to make an impact.

Where did the motivation come from?

“The problem was worse than we thought,” said Alastair, after visiting one of Hong Kong’s beaches with the rest of his team.

What really hit home for the boys was their realisation that they too use plastic regularly, making them part of the problem. Vibhu, shocked by how much humans litter, began thinking of ideas with the others to find a way to spread the word.

“Social media is evolving, as more and more people use it to create social awareness,” said Euan. So, together, the group decided to use social media and create a documentary to take effective action.

A lot of the plastic that can be found on a beach comes from packaging.
Photo: AFP

What challenges did they face?

The team’s biggest challenge was condensing all their findings into a 10-minute documentary. “We were being ambitious because we had less than two weeks to edit the footage and put everything together,” said Aiden.

They also found it incredibly hard to avoid plastic altogether during their plastic free challenge. “Plastic is spread everywhere in Hong Kong,” said Euan. But the boys were committed to trying their best, and have continued to stick to their new eco-friendly habits even after the challenge ended.

“If you want to make a difference, start by not using plastic bags,” they agreed in unison.

What other things have they done?

The students contacted Plastic Free Seas, a non-profit committed to eliminating plastic from the ocean, to help with a beach clean up.

“The plastic we saw when we went for a beach clean up was mostly packaging,” said Aiden, adding they filled eight bags with the litter they found.

They also filmed their findings for the documentary. However, with no experience in filmmaking or editing, the boys decided to get in touch with the National Geographic Channel in Hong Kong for some expert advise.

Their efforts didn’t stop there; the boys also contacted Tamsin Thornburrow, the founder of Live Zero, Hong Kong’s first plastic free store. Tamsin agreed to give the boys products to sell around their school, letting them donate all profits to a charity of their choice.

“It’s great to have something that lasts a lifetime,” Tamsin told the boys.

In addition, the boys embarked on a plastic free challenge, recycling as much as they could and even using their own home-made toothpaste.

Rhea Mogul
Rhea is a Hong Kong-based journalist interested in gender issues and minority rights, whose work has appeared in a number of publications across Asia. She is also on the 2019 Diversity List: a list of ethnic minorities that are qualified to serve on Hong Kong government committees.
expand