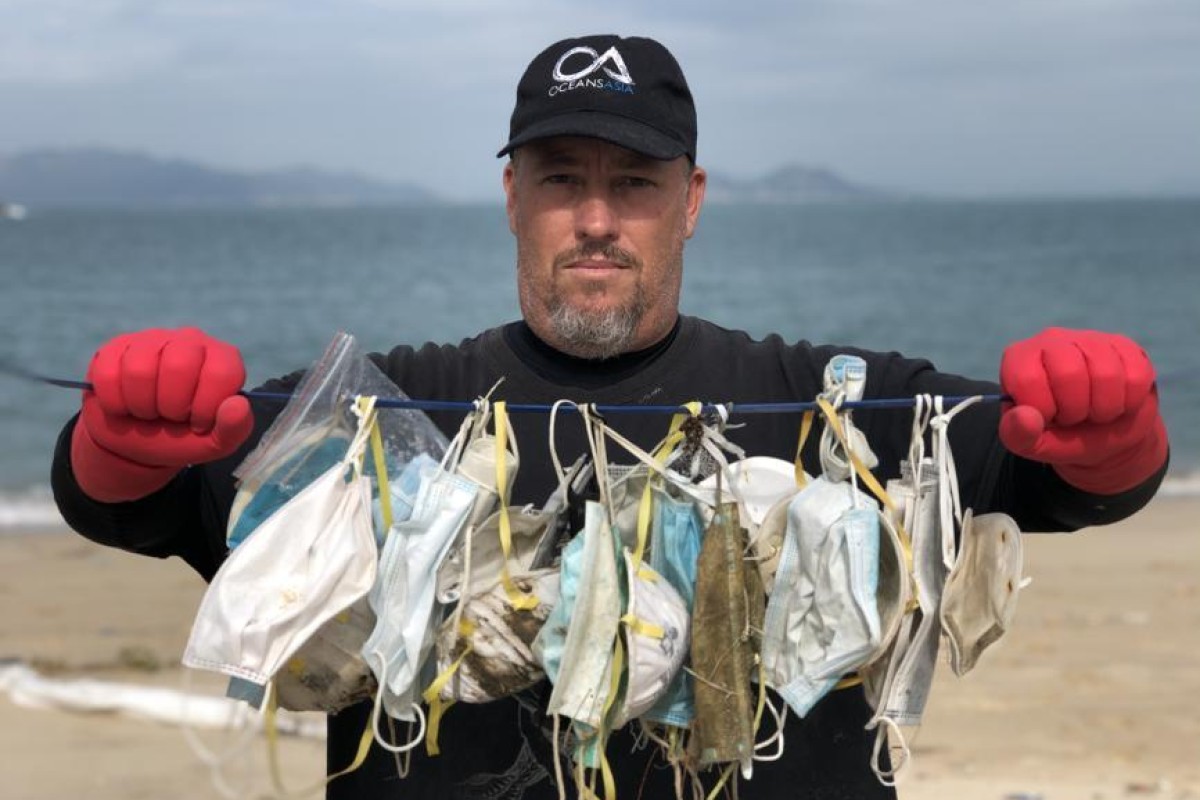 Single-use masks are causing havoc on the environment, as people leave them on beaches, hiking trails and more. Photo: OceansAsia

When it comes to troublesome waste, single-use masks are the new plastic bags. Currently, an estimated 12 to 15 million single-use face masks are disposed of every day in Hong Kong, according to OceansAsia, an NGO that investigates and researches wildlife crimes. And not everyone is throwing them out properly – not by a long shot.

In a phone call with Young Post, Gary Stokes from OceansAsia explains that while the masks should be heading to (already overburdened) landfills, many are simply not making it there. Instead, people dump them on hiking trails, cycling paths, beaches and pavements.

Not only do used disposable masks mean more waste is being created, they may cause potential health issues for cleaners and waste collectors. Hong Kong’s Centre for Health Protection and other bodies globally remind people of the importance of washing your hands after touching or removing a mask because the virus can survive on the inner and outer surfaces. Workers who are continually handling used masks, such as cleaners, are at greater risk of exposure to the virus.

Why do whales beach themselves?

And, like other sorts of waste, thrown away masks don’t stay put. “If face masks are on the streets and it rains, they get washed down the drain and ... end up in the ocean,” Stokes says.

In February, Stokes and his team discovered numerous dirty face masks washed up along Hong Kong beaches. He posted pictures on his social media accounts, telling people to act more responsibly. He also heard from people around the world who had spotted used masks in the sea where they were.

“The alarm bell was rung in Hong Kong, because obviously, we were one of the first [places] to be really affected by Covid,” he says.

The masks that make it to the ocean are especially bad news. Dolphins, tortoises and other sea animals can ingest them, mistaking them for food. The masks block their digestive tracts, or fill their stomachs, causing them to slowly, and painfully, die of starvation. Birds are also in danger of becoming entangled in masks floating on the surface of the water.

“We’ve been trying to raise awareness  ... and show people where the masks end up. [We hope] that will make people more responsible. That’s pretty much all we can do,” says Stokes.

Insurance giant Manulife is drawing attention to the issue by making it part of their LEAD graduate programme, where participants need to pitch ideas to Stokes as to how to solve the problem. One graduate, Kevin Hui, and his group came up with an idea for an app called Tap Tap Environment. Aimed at teenagers, the app would be similar to the Pokemon Go game. Instead of pocket monsters, though, players would tap the screen when they spotted masks on the ground, and collect points. And as an added incentive, players would be able to swap the points for real-life prizes and discounts.

While the app was just a pitch, Stokes says, “we certainly want to develop and see where we can go with some of these ideas.”

Ultimately, OceansAsia suggests the only way to tackle the problem of single-use face masks is for people to wear reusable ones.

“It’s the same when we were using plastic bags,” says Stokes. “We all started switching because we knew it wasn’t sustainable and wasn’t the right thing to do.

And then everyone started using reusable bags, for example.

“The same thing needs to happen with masks. It’s a new problem and we just need to make people realise it’s here to stay.”