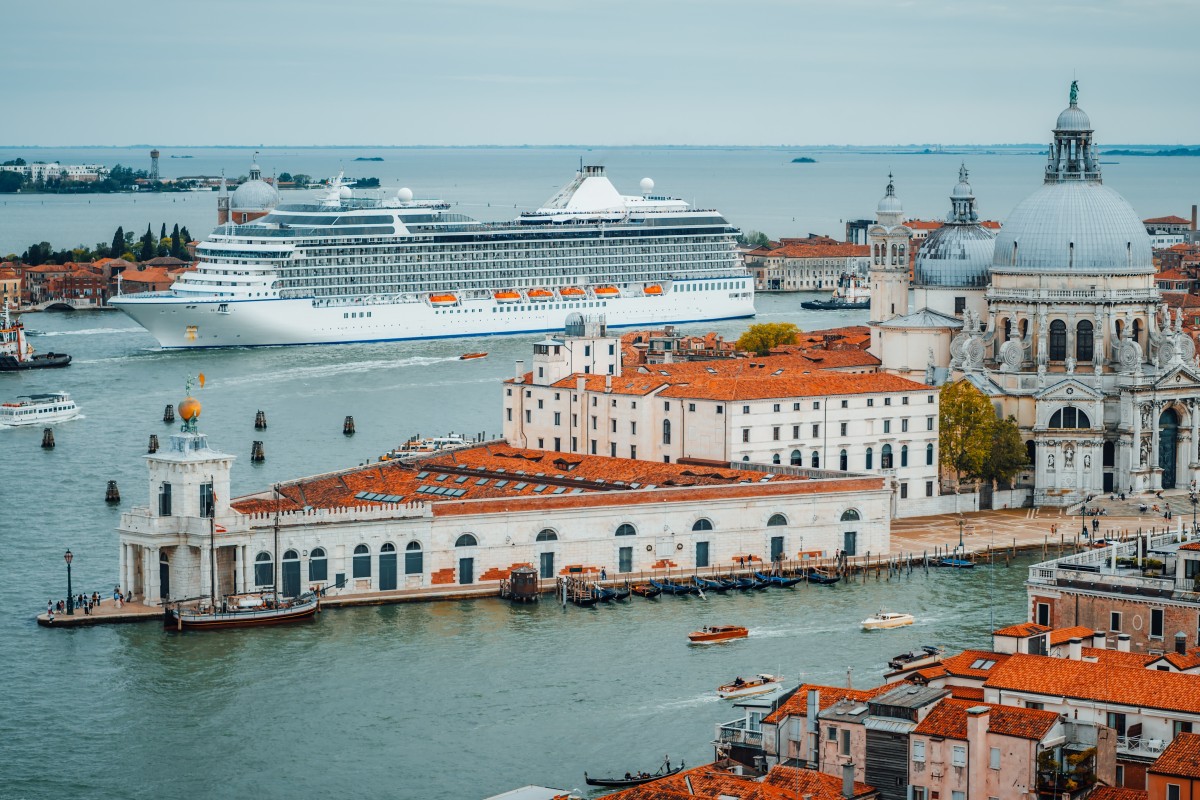 A debate is raging over whether cruise ships should be allowed close to the waters of Venice. Photo: Shutterstock

Venice avoided being named a world heritage site in danger by Unesco on Thursday, just weeks after Italy moved to ban large cruise ships from sailing into the city centre.

The city has been on Unesco’s heritage list since 1987, but the UN body warned last month of the need for “more sustainable tourism management”, recommending that Venice be added to its endangered list.

The World Heritage Committee meeting in Fuzhou, China, cited Italy’s recent ban and gave Italian authorities until next December to report back on efforts to preserve the city’s ecosystem and heritage.

For years, campaigners have been calling for an end to cruise ships sailing past St Mark’s Square.

They say the giant floating hotels cause large waves that undermine the city’s foundations and harm the fragile ecosystem of its lagoon.

According to the government’s ban, the largest ships will be prohibited from entering the Basin of San Marco, the Canal of San Marco and the Giudecca Canal as of August 1.

They will be diverted to the industrial port of Marghera, whereas smaller cruise ships, holding about 200 passengers, can continue to reach the heart of the city.