‘Ignoring our cries’: young climate change activists are exhausted as they shoulder work of saving the world 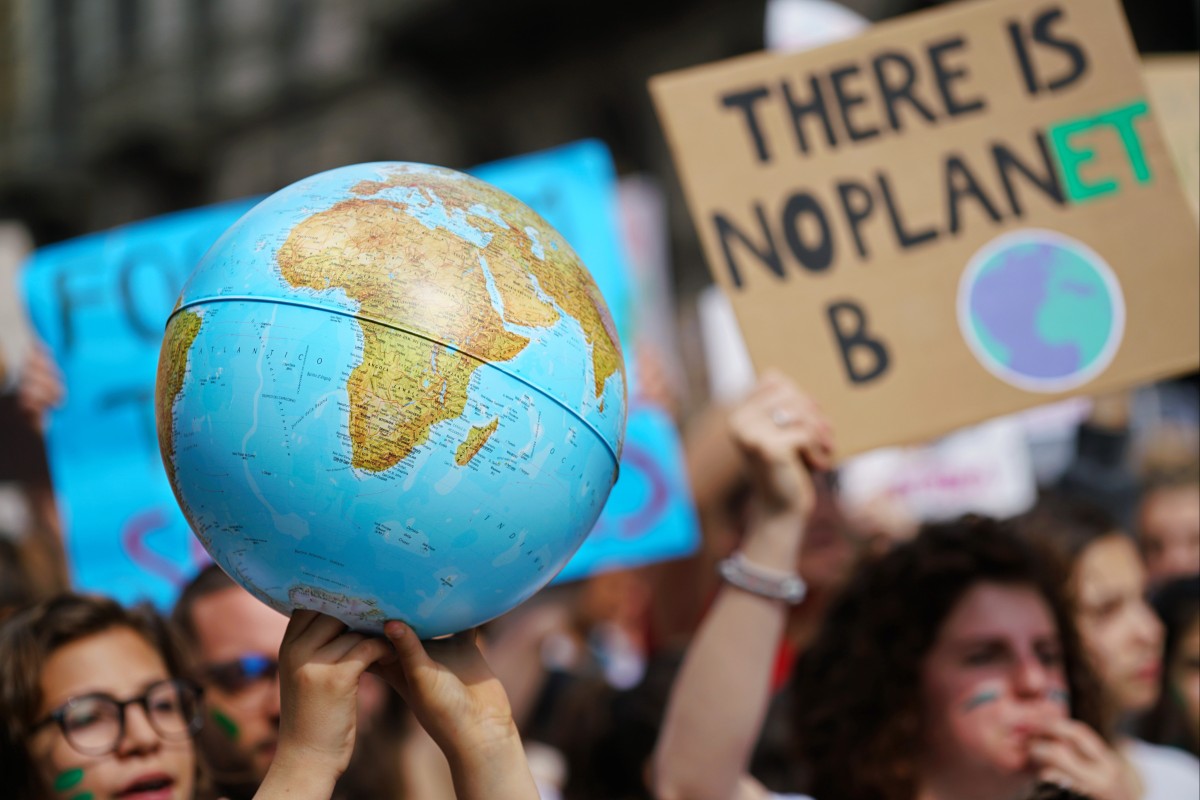 Students take to the streets to protest as part of the Fridays for Future movement. Photo: Shutterstock

Rising seas, deadly heatwaves, mass migration and famine – that is the future that today’s young climate change activists are fighting to avoid. But many say it is an even more difficult struggle than they imagined.

Across the globe, young people are overwhelmingly concerned about the potential impact of climate change. According to a 2021 study surveying 10,000 people aged 16 to 25 across 10 countries, 84 per cent of respondents reported being at least “moderately worried” about the climate crisis.

That concern has spawned a wave of teenagers and young adults who have become central in conveying the long-term effects of global warming, causing figures such as Greta Thunberg to rise to international prominence.

Multiple young activists said they felt motivated to keep moving forward, but the challenges and distractions kept piling up. Some worry that the frustration could one day turn to apathy.

“There’s just so many other things to focus on, and they’re taking our attention away from climate organising,” said Sarah Goody, who began climate work in Grade Six and is now in her final year at Redwood High School in the US state of California .

She has watched burnout take its toll on the enthusiasm many see as central to the youth climate movement: “I think it’s – over time – starting to lose some of that passion and some of that energy.”

Fridays for Future is an international movement of school students who skip Friday classes to demand action on climate change. Photo: AP

Julie Sifuentes, of the Oregon Health Authority’s health and climate team, said there was a tendency to uplift youth voices within the environmental movement. This practice, she said, had its benefits – and its downsides.

In interviews with young organisers for a study published in June, Sifuentes said many told her they felt a sense of responsibility in addressing climate change. They often thought society had put the onus on youth to fix environmental issues caused by previous generations.

“It is so much more urgent than that,” Sifuentes said. “To wait for [young activists] sort of feels like a dismissal of responsibility of adults, who could do something now.”

Maryama Warsame, 18, said she saw this playing out in her own activism, especially when adults affirmed her work without actually making changes.

“We’re used for their benefit when they are ignoring our cries for help with climate justice,” Warsame said. “A lot of the time, I feel like it’s just demonstrative, and they don’t necessarily care what we have to say.”

Activism amid a pandemic worsens disparities

As the Covid-19 pandemic continues to impact daily life, environmental organisers say the current crisis has detracted from efforts to fight the looming climate emergency.

Since the beginning of the pandemic, organisers in positions of privilege have been more likely to stay involved in climate work, while marginalised activists have been forced to navigate the compounding effects of Covid-19 on their lives.

That is what Penelope Chester, the chief operations officer of Future Coalition, has observed in her role, where she works with youth-led grassroots organisations, providing student leaders with advice and support.

“The activists that have better support networks and that are more privileged overall are the ones who can stick around. And the ones that are struggling more, in a personal way, or in their community are the ones that tend to drop off,” Chester said. “The current circumstances make that distinction even more dire.”

An uphill battle to make even incremental change

The passage earlier this month of the Inflation Reduction Act, has been heralded as a landmark piece of legislation in part due to its climate provisions, but activists say elected officials should be taking more drastic steps.

“A lot of the time, our representatives, they’re not really looking forward,” said Maya Hidalgo, 18, from the US state of Minnesota, who has tackled a wide range of projects, including statewide efforts to standardise climate justice education.

“They’re not looking ahead and seeing those effects of climate change – they’re looking in the near future to see what will benefit them now.”

Similarly, Warsame said she had been in many situations where her attendance and voice were seen as an asset to legislators instead of a point of genuine concern.

Even as many young people are taking up the cause of climate action, the mental and emotional tolls of their work are continuing to mount. Organisers said it was often a challenge to balance activism with other elements of their lives, such as academics and other extracurriculars.

For Hidalgo, most of the past year has been spent focusing on local change. From composting and the creation of a community garden to climate education, the teen spent the majority of her senior year bettering her school. As she looks to university, she plans to continue to localise her organising efforts, which she hopes to incorporate into her career.

“I try to focus on just a few things so that it doesn’t feel overwhelming,” Hidalgo said. “You can feel like you’re making progress in a specific area instead of the broader problem because no one can solve the whole problem.”