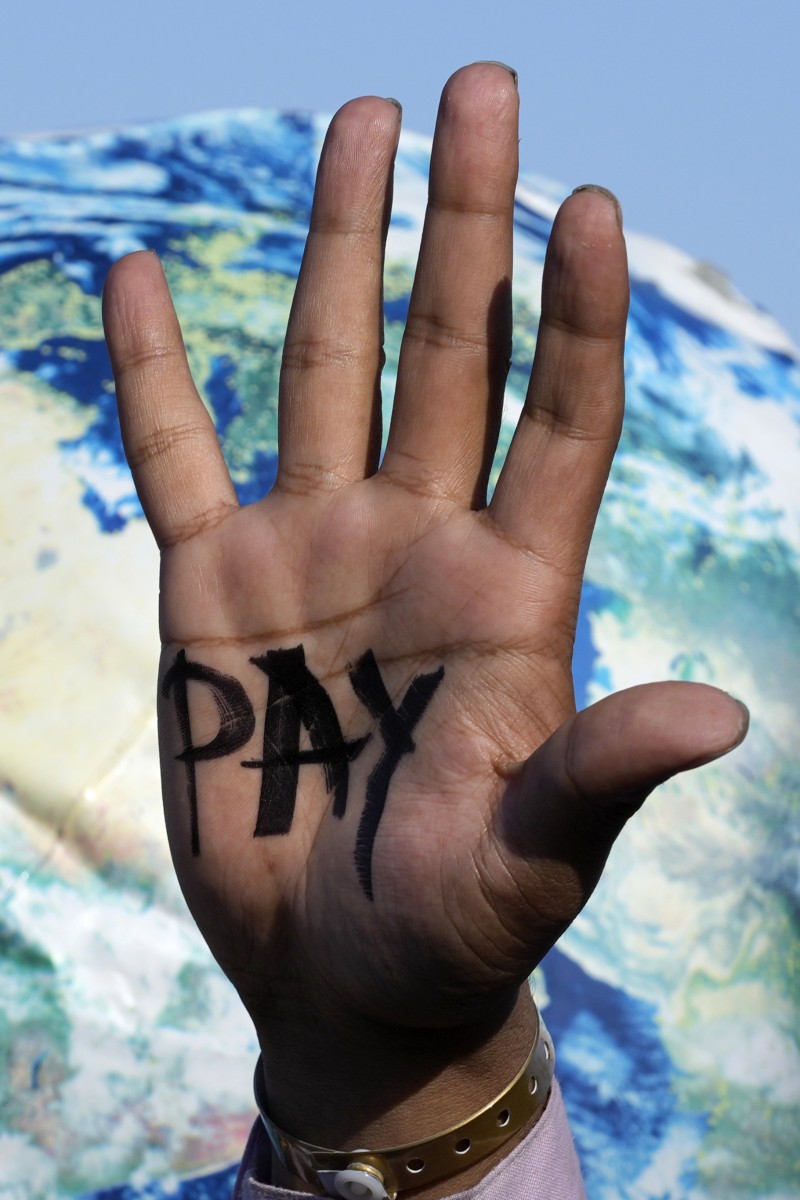 Hot Topics: Was COP27 a win for the climate? All about the loss and damage fund, ‘no progress’ on emissions and fossil fuels 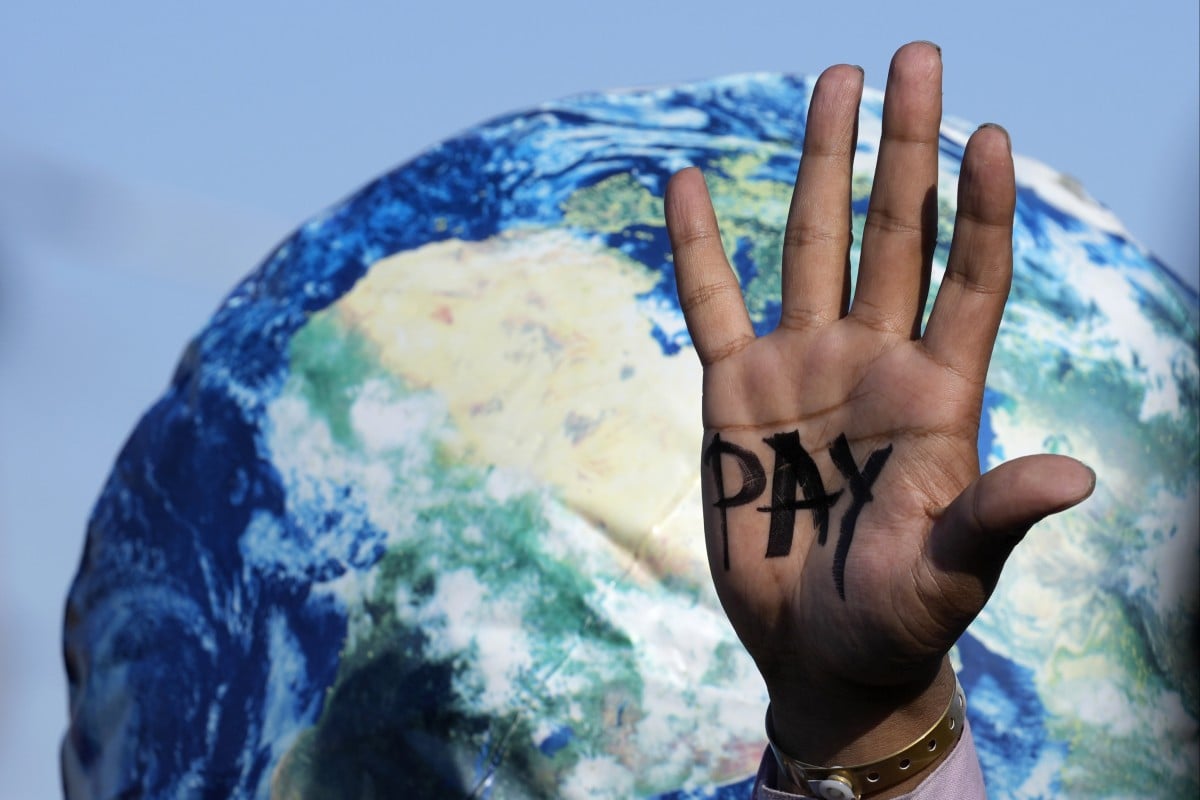 Vulnerable nations least responsible for planet-heating emissions have been battling for three decades to get wealthy polluters to pay for climate damages. Photo: AP

The annual COP27 climate summit wrapped up earlier this month. For the first time, countries agreed to create a “loss and damage” fund to help vulnerable countries deal with the damaging impacts of global warming.

The fund will provide payouts to developing countries that suffer loss and damage from climate-driven storms, floods, droughts and wildfires. Rich governments had resisted this for years. Loss and damage include bridges and homes destroyed in flash flooding, and cultures and island nations that may disappear due to rising sea levels.

This year’s summit took place from November 6 to 20 in Sharm el-Sheikh in Egypt. It featured debates by nearly 200 nations about how to address climate change. The loss and damage fund was a controversial issue at the summit. The agreement is seen as a big win for poorer countries, who often experience climate change’s impacts though they have contributed the least to cause it.

Observers said rich polluters failed to lower carbon emissions and to meet their promise of funding to help countries boost climate resilience. This means that climate change’s impact is getting worse as the planet warms.

This year, there were many climate-induced disasters. Pakistan saw catastrophic floods. Somalia experienced a severe drought that has put people at high risk of famine. “The establishment of a fund is not about dispensing charity,” said Pakistani climate minister Sherry Rehman. “It is clearly ... an investment in climate justice.”

Despite being the summit’s biggest success, this fund is likely to take several years to work out the details of how it will be run. This includes figuring out how the money will be given out and which countries will be eligible.

Delegates at the global climate conference had taken an “important step towards justice”, UN Secretary General Antonio Guterres said in a statement on November 20. He had noted at the summit’s start that countries had so far been too slow in cutting emissions to save the planet from excessive warning.

“Greenhouse gas emissions keep growing. Global temperatures keep rising. And our planet is fast approaching tipping points that will make climate chaos irreversible,” he said. “We are on a highway to climate hell with our foot on the accelerator.”

“Dinosaurs could not withstand massive changes to the climate”: climate activists glue themselves to dinosaur exhibit in Berlin

Vulnerable nations least responsible for planet-heating emissions have been battling for three decades to get wealthy polluters to pay for climate damages. Their voices were finally heard with the climate fund at COP27.

“It ... shows that this UN process can achieve results, and that the world can recognise the plight of the vulnerable must not be treated as a political football,” said Mohamed Adow, executive director of Power Shift Africa, a think tank amplifying African voices on climate action.

However, the agreement was a balancing act, over seemingly unbridgeable differences. On the one hand, the coalition of 134 developing countries called for the immediate creation of a fund at COP27.

But richer nations like the United States and European Union wanted money to be focused on the most climate-vulnerable countries and for there to be a broader set of donors. That is code for countries including China and Saudi Arabia that have become wealthier since they were listed as developing nations in 1992.

Cuba, which dealt with a deadly tropical storm in June, is just one of many places facing storms of increasing intensity and frequency because of climate change. Photo: AP

Other key points were left ambiguous, or given to a new transitional committee that will be tasked with coming up with a plan for making the decisions a reality for the 2023 UN climate summit in Dubai.

According to Ines Benomar, researcher at think tank E3G, debates about whether China among others should maintain its status as “developing” was likely to re-emerge next year. China is the world’s biggest emitter, though according to the World Bank, countries such as Qatar, Canada, Saudi Arabia, Australia and the US had higher carbon dioxide emissions per capita in 2019.

China’s envoy Xie Zhenhua told reporters that the fund should be for all developing countries. But, he added: “I hope that it could be provided to the fragile countries first.”

Adow said that a loss and damage fund was just the first step. “What we have is an empty bucket,” he said. “Now, we need to fill it so that support can flow to the most impacted people who are suffering right now at the hands of the climate crisis.”

The COP27 climate summit drew praise for the creation of a “loss and damage” fund but also anger over a failure to be more ambitious in cutting emissions.

At the end of the conference, UN chief Antonio Guterres praised the creation of the loss and damage fund, but added that the summit fell short in pushing for the urgent carbon-cutting needed to tackle global warming. “Our planet is still in the emergency room,” Guterres said. “We need to drastically reduce emissions now, and this is an issue this COP did not address.”

Separately, France’s energy minister Agnes Pannier-Runacher said in a statement that the country regretted the “lack of ambition” in the agreement reached at the COP27 climate summit in Egypt despite progress on the fund for vulnerable countries. “No progress” was made on making additional efforts to reduce greenhouse gas emissions and abandon fossil fuels, the statement said.

It added that the summit failed to push ahead on further cutting emissions to keep alive the aspirational goal of limiting global warming to 1.5 degrees Celsius from pre-industrial levels.

A sign reading “fossil fuels out” displayed during a demonstration at the COP27 Climate Summit – European Commission Vice-President Frans Timmermans was disappointed nations did little to address the causes of global warming during the conference. Photo: AP

“The COP27 agreement may not meet the ambitions of France and the European Union,” the statement said, “but it preserves the most vital thing: it underlines the aim of limiting global warming to 1.5C and urges countries to make extra efforts from 2023.”

“What we have in front of us ... doesn’t bring enough added efforts from major emitters to increase and accelerate their emission cuts,” said Timmermans, who had earlier threatened to walk out of the talks.

German Foreign Minister Annalena Baerbock said she was frustrated that the emissions cuts and fossil fuel phase-out were “stonewalled by a number of large emitters and oil producers”.

long-term changes in temperatures and weather patterns. These shifts may be natural, but since the 1800s, human activities have been the main driver of climate change. This is mostly because of burning fossil fuels like coal, oil and gas, which emit greenhouse gases such as carbon dioxide. These greenhouse gases trap heat, which has led to global warming.

the 27th UN Climate Change Conference. The summit has been held annually since 1995. It is used by governments to agree on policies to limit global temperature rises and adapt to impacts of climate change.

generally refers to a nation with a low level of industrial or economic development. One way the UN determines if a country falls under this category is its gross national income (GNI) per capita – the total value of a country’s income in a year divided by its population. As of 2022, the World Bank considers places with a GNI per capita below US$12,696 (HK$99,146) as developing countries. While China’s GNI per capita in 2021 was US$11,890, it is the world’s second-largest economy. Saudi Arabia’s figure for 2020 was US$22,270. For comparison, the US GNI per capita in 2021 was US$70,430.

a historic climate compensation fund that member nations of the COP agreed to create during COP27. In 1991, Vanuatu, an island nation, suggested countries that had done the most to cause climate change over the past 250 years should pay to help countries most affected by it. Rich countries, including the United States and those in Europe, have for decades resisted the idea for fear it would open them up to legal liability for their greenhouse gas emissions. Depending on how deeply the world slashes carbon pollution, loss and damage from climate change could cost developing countries US$290 billion (HK$2.26 trillion) to US$580 billion a year by 2030, according to 2018 research.

refers to a commitment to phase out all fossil fuels. Even if all the pledges made so far are delivered, the world is still on track for an average rise of 2.7 degrees Celsius this century, according to a UN report.