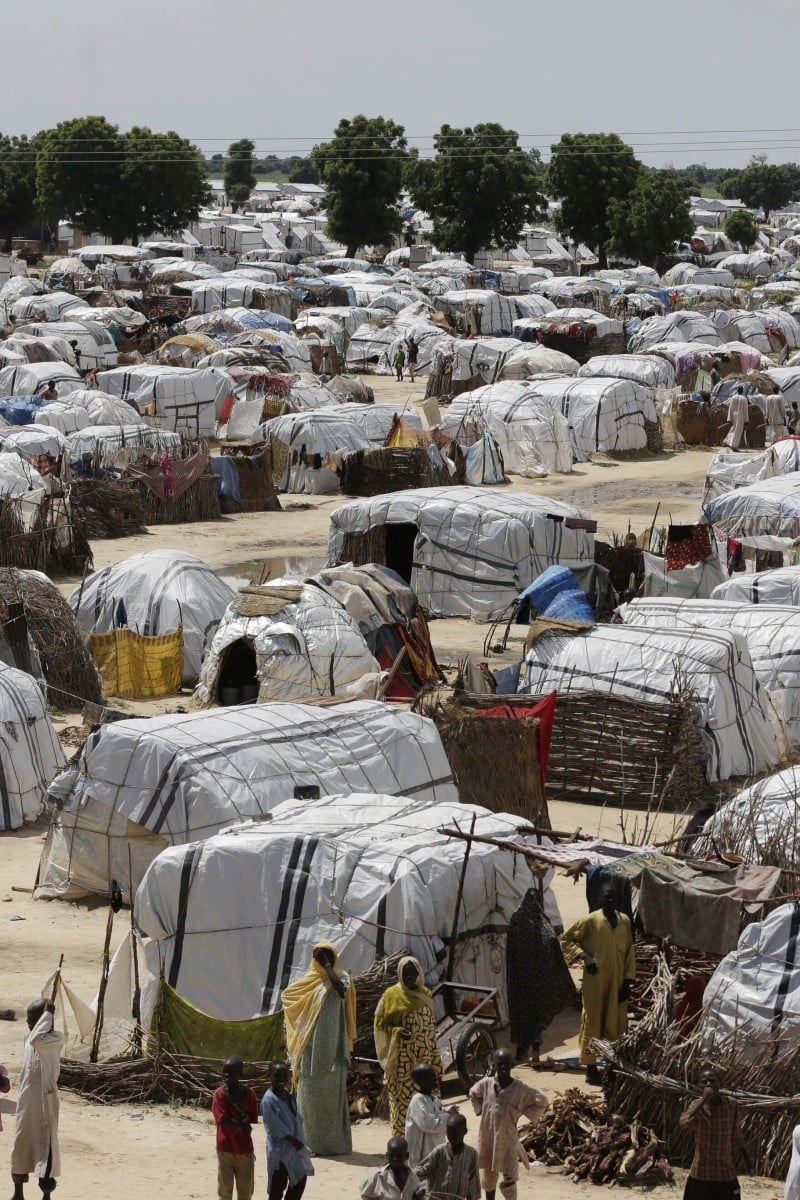 A top view of one of the biggest camps for people displaced by Islamic extremists in Maiduguri, Nigeria on August 28, 2016. Droughts, flooding and a shrinking Lake Chad caused in part by climate change is fueling conflict and migration in the region. Photo: AP/Sunday Alamba

Evidence is emerging that climate-related disasters are becoming a cause of human trafficking as criminal gangs exploit a growing number of uprooted people, the UN said Tuesday.

The continuing war in Ukraine is also another risk factor for increased human trafficking, the United Nations Office on Drugs and Crime (UNODC) said in a report.

The impact of climate change “disproportionally” affected poor farming, fishing and other communities mainly relying on the extraction of natural resources for their livelihoods, the report said.

Once “deprived of their means of subsistence and forced to flee their community,” people were becoming easy prey for traffickers, Fabrizio Sarrica, the report’s main author told a press briefing.

The degraded forest on the border between Amazonia and Cerrado in Nova Xavantina, Mato Grosso state, Brazil. Photo: Reuters

In 2021 alone, climate-related disasters internally displaced more than 23.7 million people, while many others fled their countries altogether.

As entire regions of the world are at risk of becoming “increasingly uninhabitable,” millions will face “high risk of exploitation along migration routes,” the UN report said.

The UN drugs agency noted that an increase in cases of human trafficking had been observed in Bangladesh and the Philippines after devastating cyclones and typhoons displaced millions.

Droughts and floods in Ghana, and the Caribbean region – subject to hurricanes and rising sea levels – were also forcing many to migrate.

While most of the victims of trafficking resulting from conflicts originated from Africa and the Middle East, a potentially “dangerous” situation is simultaneously building up in Ukraine as millions flee the war-torn country.

With regard to Ukraine, helping neighbouring countries and increasing support to the Ukrainian authorities is equally important, Chatzis added.

The Covid-19 pandemic limited the ability to detect cases, especially in low-income countries in Asia, Latin America and Africa, the report added.

Faced with the closure of public venues such as bars and clubs due to health restrictions, certain forms of trafficking, in particular sexual exploitation, have been pushed into “less visible and less safe locations”.

For the first time since data collection began in 2003, the number of victims detected worldwide fell in 2020, dropping by 11 per cent compared to 2019, the Vienna-based UNODC said.