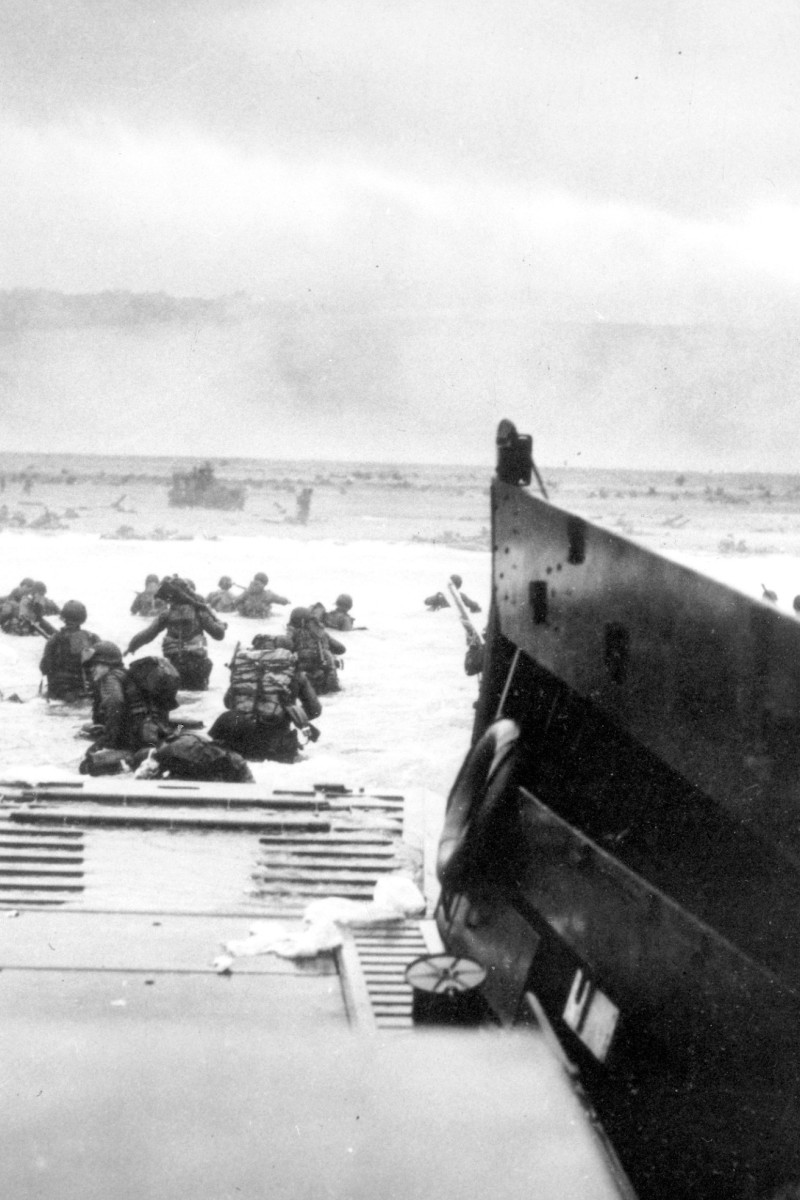 What happened on D-Day? Remembering the World War II battle that changed the course of history

The Allied assault on the beaches of Normandy on June 6, 1944 was one of the most critical events of the second world war 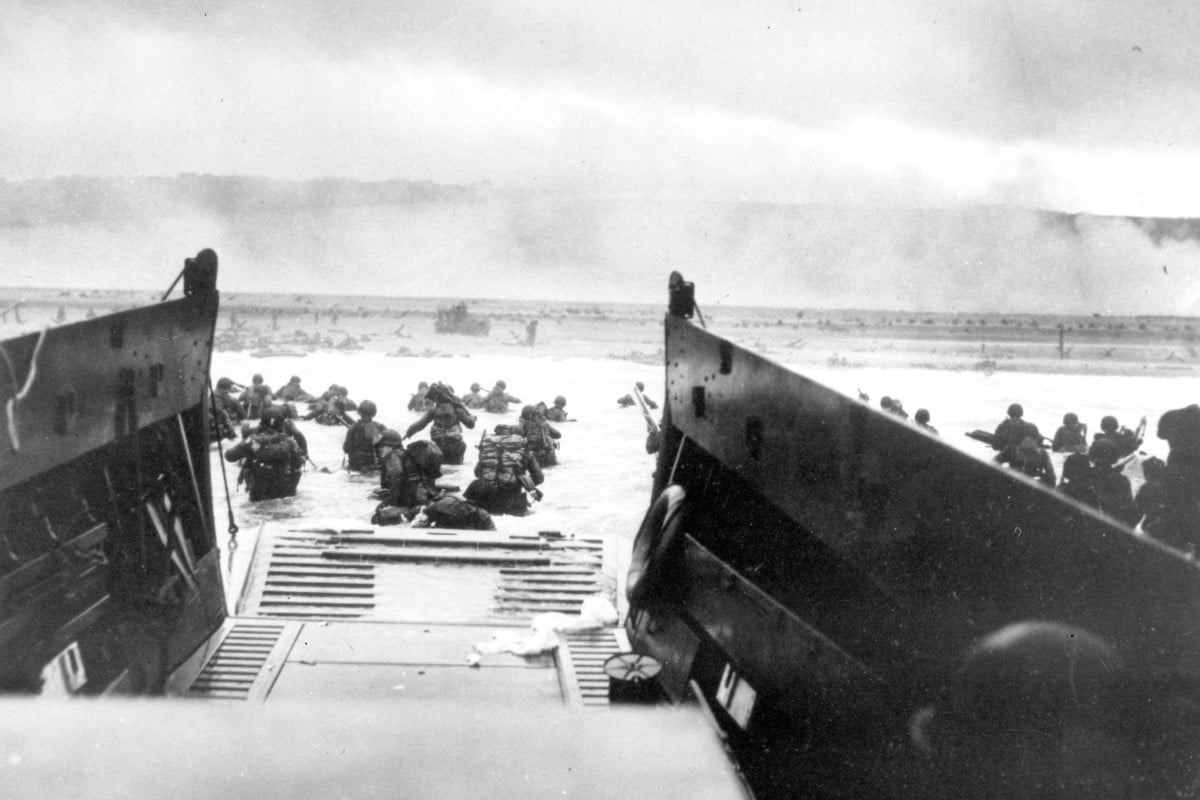 Today marks the 75th anniversary of D-Day, the assault that began the liberation of France and Europe from German occupation, leading to the end of World War II.

All at the same time, Charles Shay tried to staunch the bleeding from a ripped-open stomach, dull the pain with morphine and soothe the mind of a dying fellow American army medic. It was a tall order for a 19-year-old who had just set foot on the European mainland for the first time.

But nothing could have prepared him for what happened on June 6, 1944, on five cold, forbidding beaches in northern France. It was D-Day, one of the most significant 24-hour periods of the 20th century, the tipping point in the second world war that defined the future of Europe.

That morning, Shay did not yet know the significance of the event. He was more concerned with the bleeding soldiers, corpses strewn around him, and the machine-gun fire and shells that filled the air.

“You have to realise my vision of the beach was very small. I could only experience what I could see,” he said, speaking from the now-glimmering Omaha Beach, where he landed 75 years ago.

International leaders will gather again this week to honour the dwindling number of D-Day veterans. US President Donald Trump is set to join a commemoration on Wednesday on the southern English coast in Portsmouth, before travelling to Normandy and the US cemetery at Colleville-sur-Mer, which stands on a cliff overlooking the English Channel where some 160,000 made the perilous D-Day crossing.

There, Shay plans to be among the crowd on Thursday to welcome Trump as he pays homage to 9,388 dead Americans, most of whom lost their lives on D-Day or in the aftermath of the Normandy offensive.

After the second world war, Shay continued to witness history – fighting the Chinese during the Korean War, participating in US atomic tests in the Marshall Islands and later working at the International Atomic Energy Agency in Vienna. With all the wisdom gathered in his 94 years, he knows another war can never be discounted.

“Some men cannot get enough of power,” Shay said. “And it still continues today.”

These days, crimson wild roses bloom where blood seeped into the Normandy dunes, and American flags whip in the westerly winds, many flown by locals still grateful to the US soldiers who liberated the first French soil from four years of Nazi occupation.

Omaha and adjacent Utah Beach were America’s to take, but similar acts of sacrifice and heroism happened on three other beachheads to the east where Britain and Canadian troops sought to break Hitler’s stranglehold on the continent. In all, the invasion covered 80 kilometres of French shoreline.

Shay survived, but he did not talk about the experience for more than half a century.

“So many dead. So many young men, young boys, killed on the spot,” he said. “It was difficult to see and absorb.”

“I didn’t know what I was getting into” When Shay, a Penobscot native American from Indian Island, Maine, was born in 1924, the world was only starting to recover from the first world war, which had been a coming-of-age moment for the United States. US intervention proved decisive in beating Germany and heralded the century ahead.

Shay was barely five when the Great Depression hit. As a child, nicknamed Little Muskrat, he and his family performed in ceremonial native garb and sold traditional goods.

“My aunt employed me as a young Indian dancer,” he said. Times were tough.

Across the ocean, Germany also faced economic misery that, together with lingering bitterness over its defeat in the war, paved the way for Adolf Hitler’s rise.

When containment failed, war in Europe erupted again in 1939, and Hitler’s Nazis swarmed over much of the continent. They took Paris and were quickly at the Normandy coastline. Britain, across the English Channel, remained out of reach.

The United States, which had slumbered into isolationism after its victory in 1918, entered the second world war after the Japanese attacked Pearl Harbour on December 7, 1941. Germany declared war on the US in support of its ally.

The rumble of war was quickly closing on Shay. He was trained to be a machinist but could not get a job because he was expected to be drafted into the Army.

So before he knew what life was really about, Shay found himself in a hammock in the hold of the RMS Queen Elizabeth. He was sailing from New York to England, his final destination unknown.

“I never had a sense of fear because I didn’t know what I was getting in to,” Shay said.

To ease pressure on his homeland, Soviet leader Joseph Stalin had increasingly leaned on the United States and Britain to open a second front on Germany. In November 1943, he was promised as much for the upcoming spring. Soon, Shay found himself training for the biggest amphibious operation in history.

The Germans knew an invasion was coming but had no idea when or where, and the most likely options were 400 kilometres apart. Hitler prepared an Atlantic Wall of defenses.

England and Normandy’s notoriously fickle weather thwarted possible attacks as April passed into May and June. Then, finally, it was time for Gen. Dwight D. Eisenhower to distribute the orders that he had honed for months.

“The eyes of the world are upon you,” he told his men. “You will bring about the destruction of the German war machine, the elimination of Nazi tyranny.” The death toll was sure to be enormous.

On the two American beachheads, the United States suffered 2,501 killed in action on June 6, 1944. In all, an estimated 4,414 men died on that single day, according to the latest figures.

“However, it was absolutely necessary,” said Scott Desjardins, the superintendent of the American cemetery off Omaha Beach.

Charles Shay was one of nearly 500 Native Americans who fought alongside Allied forces in Normandy on D-Day.
Photo: AFP

“Not too worried” until the ramps went down

Few soldiers in the first wave fully realised the risks.

That night before D-Day, the men of Fox Company, 2nd Battalion, 16th Infantry Regiment of the 1st Infantry Division, aka the Big Red One, had more immediate problems – sea sickness, finger-numbing cold and a dangerous descent into landing crafts using rope nets slung over the side of transports that were rolling in heavy seas.

“If you landed in the water between the boat and the troop transport ship, you were dead,” Shay remembered.

The roar of planes dropping paratroopers and the boom of bombs trying to blunt the German defenses told them the fateful hour was near.

Shay can still recount that day as if it just happened.

It started at dawn when a Navy man shouted, “I am dropping the ramp.” But they were nowhere near close enough to the beach.

“I wasn’t too worried about it – until the ramps went down,” Shay recalled.

He landed in water up to his chest. Many soldiers who were overloaded with equipment “sank immediately and a lot of men drowned,” he said.

Those who stayed afloat had to face withering German gunfire. Many of the men standing in front “were hit immediately and killed on the spot,” he said.

The Germans had built a barricade of metal tripods to stave off the landings. Shay moved from one tripod to another in the water. Once on dry land, he sought cover behind the “high portions” of the beach and started treating the wounded.

“While I was doing that, I happened to look back out to the water, to the ocean,” he said. There, he saw many wounded men who were lying on the beach as the tide began rising. Without help, they would drown.

“So I dropped what I was doing, and I returned to the water,” Shay said. Germans were still shooting at any American who moved under their protected Widerstandsnest 62, a bunker that still stands above Omaha Beach.

With bullets hitting the sand, he started pulling men – he doesn’t know how many – out of the water. Many of the soldiers were much bigger and heavier than he was.

“In such a situation, the adrenaline starts to flow,” Shay said. “It gives you strength that you did not know that you had.” He received the Silver Star for his bravery.

“I have always said that my mother’s prayers protected me,” he said, the medal sparkling in the afternoon sun.

When the shooting on the beach slowed, he found fellow F Company medic Edward Morozewicz, who had “an open stomach.” Shay administered morphine and applied bandages. It was to no avail.

He left the bloodied beach late that afternoon, completely separated from his company, which had lost all officers and many non-commissioned officers.

Wandering around in a daze of fatigue, “I fell down in a field someplace and I went to sleep. When I woke up in the morning, I saw that I was surrounded by dead people – American and German.”

From that moment on, the war moved inexorably in the Allies’ favour. D-Day was also the starting gun in a race with the Soviets to control as much territory as possible by the time Germany surrendered on May 7, 1945.

The competition between the Allies and the Soviets effectively set the stage for the Cold War lines that defined Europe for the next five decades and possibly right up to this day.

“This was democracy’s beachhead,” former President Barack Obama said in 2014. “And our victory in that war decided not just a century, but shaped the security and well-being of all posterity.”

Such words would have been lost on Shay as he advanced into Germany, living from day to day. He was briefly taken prisoner after crossing the Rhine, but was soon liberated by U.S. troops and heading home.

All these decades later, he is back at the same shores, walking across the immaculate lawns covered with white gravestones and pondering the sacrifice.

“Oh, yes. Definitely it was worth it,” he said. “It was a rogue regime that was trying to take over the world, and the people had to be stopped.”

If you could redo one event from history, what would it be?

Legendary journalist Clare Hollingworth, who broke the news of the beginning of the second world war, dies in Hong Kong at 105